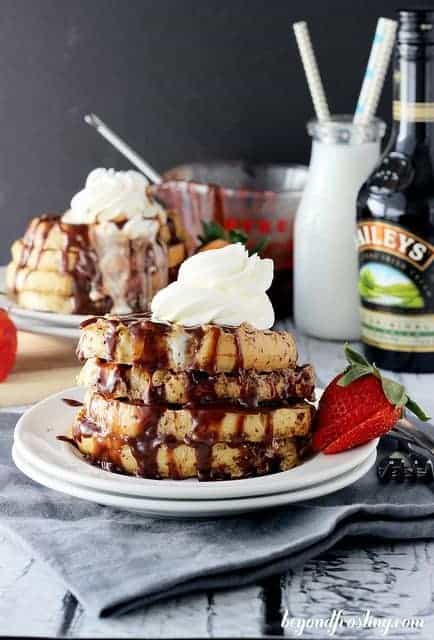 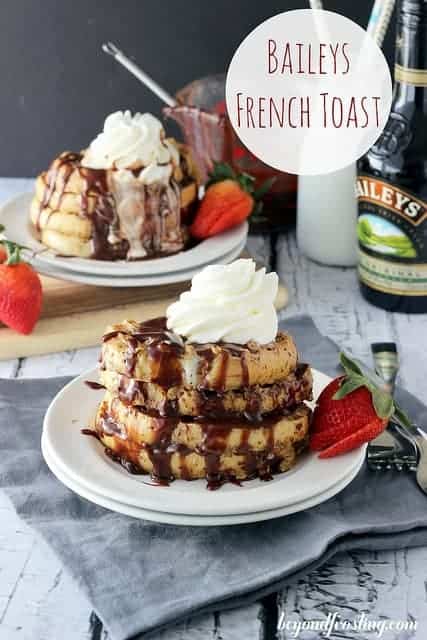 We have had some pretty gnarly (and much needed) storms here in Southern California the last few days. Only problem is, this state was NOT built for weather. It hardly ever truly rains here; at least not what I am used to. 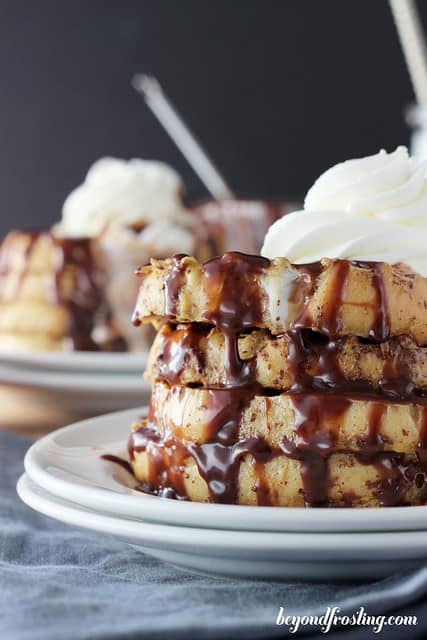 So, big news- I got my new front tooth on Friday! Here’s an update for all of you who have followed my dramatic story about chipping of my front tooth that led to my terrible experience with a root canal: Well, my shiny new front tooth went in on Friday, and it looks great. I have felt better in the last 24 hours then I have in the past 2 months since it happened, although my nightmares haven’t gone away yet. Does anyone else dream about losing teeth? The best thing is, I can finally use my front teeth for eating again! 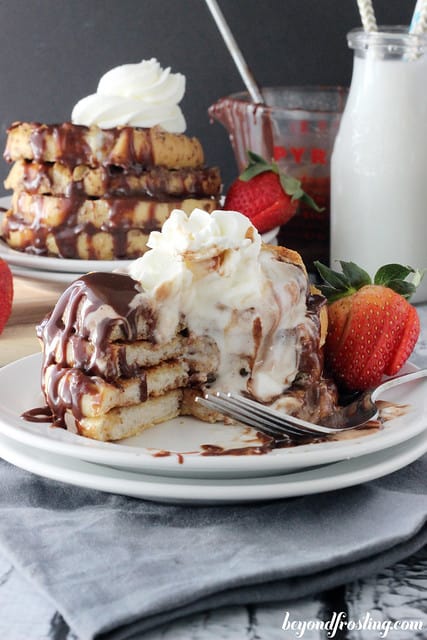 I can eat just about anything, like this Bailey’s French toast. After the Mimosa French toast I made for NYE, I knew there were more celebratory French toasts in my future. This recipe has an egg and milk wash that is flavored with Bailey’s Irish Cream. It is drenched in a Bailey’s infused chocolate as well. I just couldn’t get enough this. Every time I tried to put down my fork, I ate another bite. 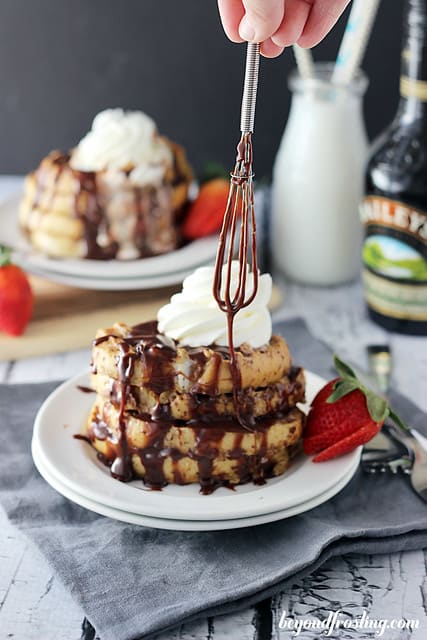 I am on Team Pancakes, but lately, French toast has made a heavy comeback. The key to good French toast is a good bread, and a good soaking of said bread. For this recipe, I used a soft sourdough bread loaf. I keep the egg wash pretty traditional; eggs, cinnamon and added a healthy portion of Bailey’s Irish Cream. Instead of serving this recipe with maple syrup, I thought it was way better with a spiked chocolate sauce. As usual, I was right. I actually made this French toast with a George Forman style grill, I love the marks it left in the bread, and it was easier than remembering to flip the French toast. 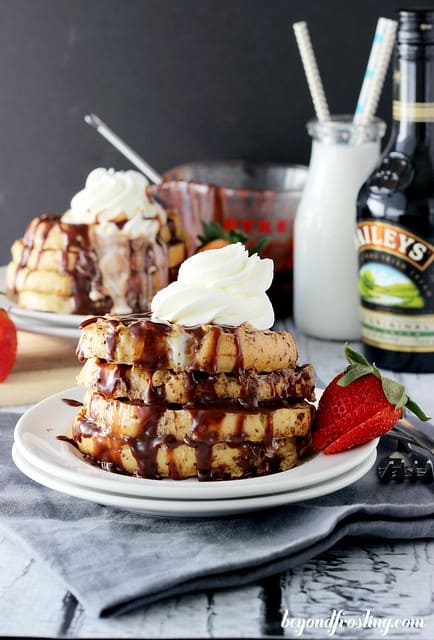 For the chocolate sauce

For the Whipped Cream

Recipe from my friends:

Similar recipe from Beyond Frosting 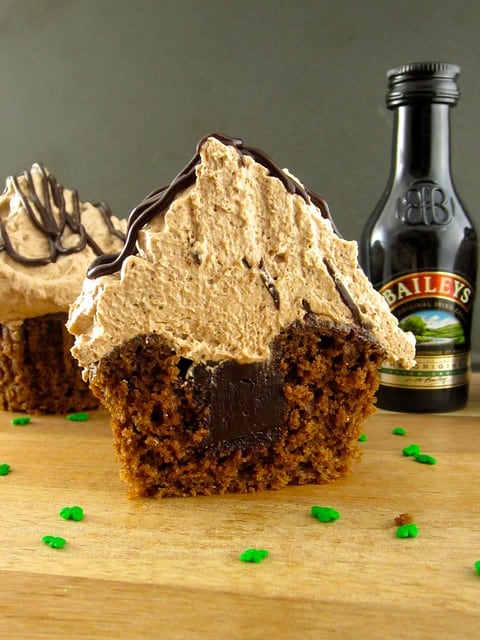 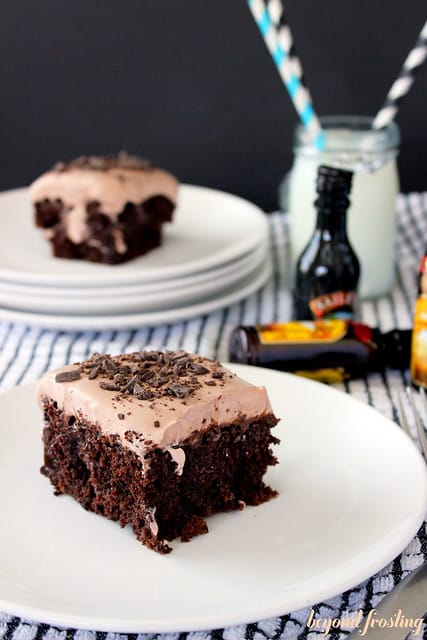 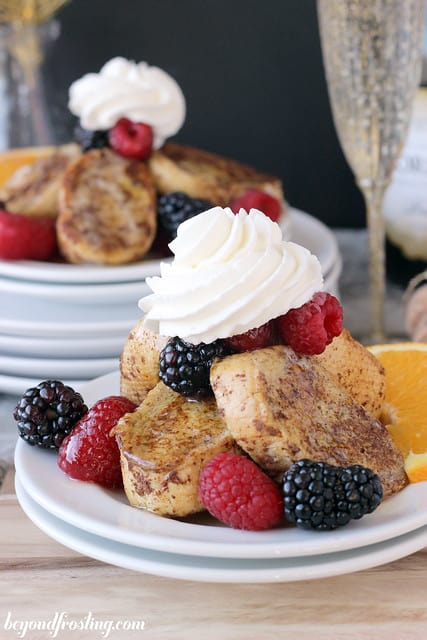 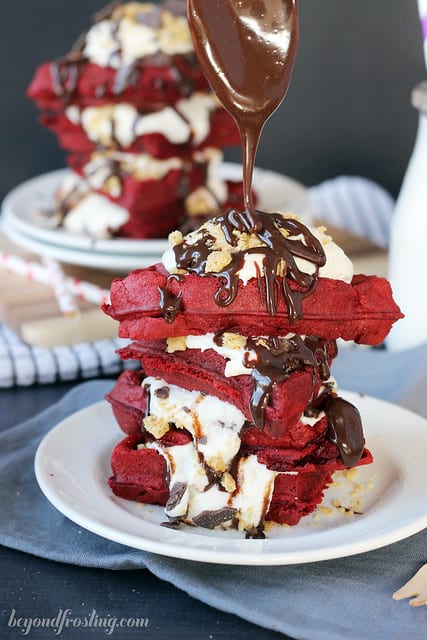