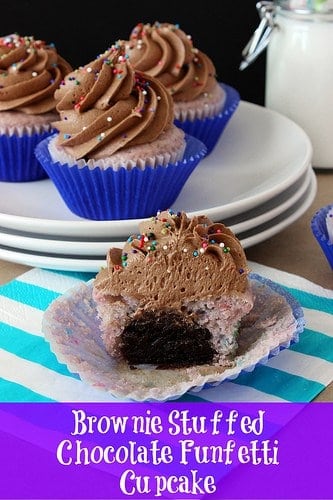 Sometimes when I make cupcakes, I feel the urge to try and combine as many flavors as possible just to see how things turn out. Last weekend, during my baking extravaganza, I had a batch of leftover brownies and no one to eat them. In an attempt to avoid eating them all myself, I decided I wanted to put them inside a cupcake. Yes, a brownie stuff cupcake.

For the cupcake, I used my favorite funfetti recipe from yourcupofcake.com. For the frosting, I wanted to see if I could make a chocolate funfetti frosting. I mean, who wouldn’t want to combine the best two cupcake flavors ever, right?! 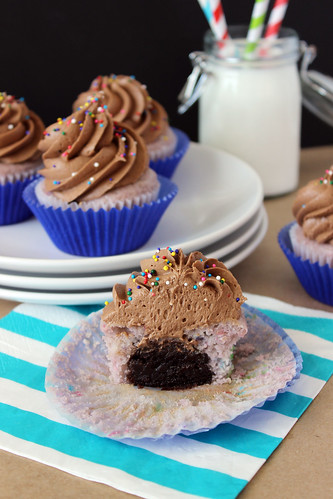 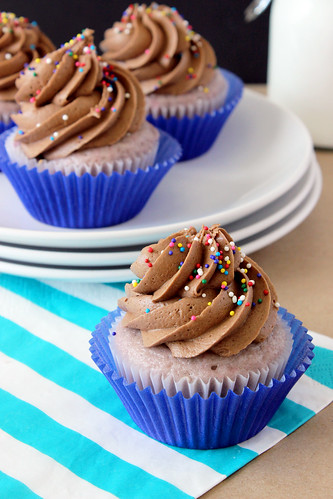 Having a brownie stuffed inside the cupcake was pretty dang amazing, but what impressed me the most about these cupcakes was the frosting. I whipped the heck out of this frosting and used heavy cream instead of milk to make it super light and fluffy. There’s actually cake mix in the frosting and cocoa powder to create a chocolate funfetti frosting. 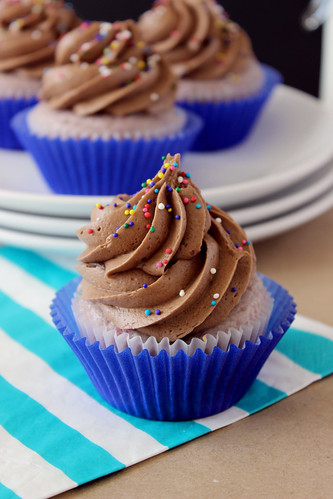 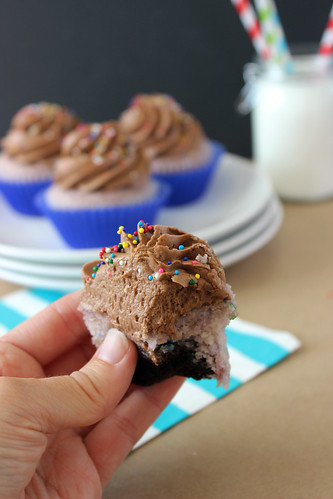 I think you will be pleasantly surprised at the airiness of the frosting after beating it for so long! I feel as though the longer I whip the frosting, the better it becomes. I choose not to put sprinkles into the frosting because I liked the look of the sprinkles on top.

This post is linked up on the Back for Seconds blog.