By now, I think you guys are familiar with my banana cream pie obsession? I know I have a lot of obsession over here, but just go with it, okay? I recently shared my Banana Cream Pie Popsicles, at which time I warned you that more banana cream recipes would be coming. When I was in NYC last week, I popped into Magnolia bakery and immediately saw the sign for banana pudding and I couldn’t resist. It was jawdroppingly delicious, but more like a mousse than a pudding, which is also fine by me. Soooo, if you see a copycat recipe soon, you will know why. 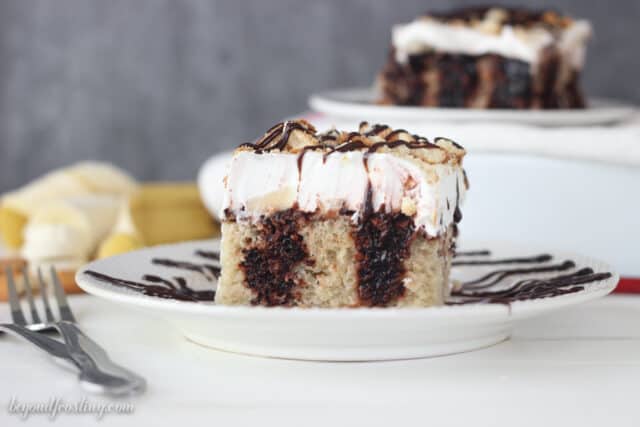 Anyway, back to this Chocolate Banana Cream Pie Poke Cake. I made this on a Thursday night, photographed it on Friday and immediately had to get rid of it in fear of eating the entire cake. You see those photos with the bite taken out of it? It was extremely difficult to not just keep going after the first bite. If you also see an empty plate in this photo, you can put two and two together. 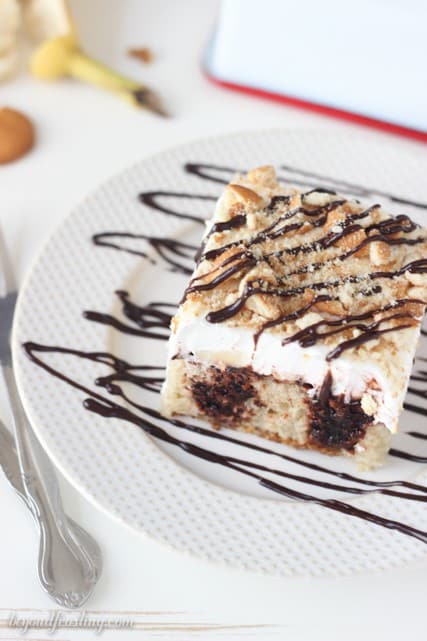 This is an easy banana cake soaked with dark chocolate pudding and topped with sliced bananas and a heavy dose of whipped cream. I have wanted to post a banana cream pie poke cake, but I know there are like a million recipes for it. The other day it suddenly dawned on me, that I could make a chocolate version of that cake and it would be equally as awesome.

I hope you aren’t sick of poke cakes, because I just can’t stop and I am not even sorry about it. 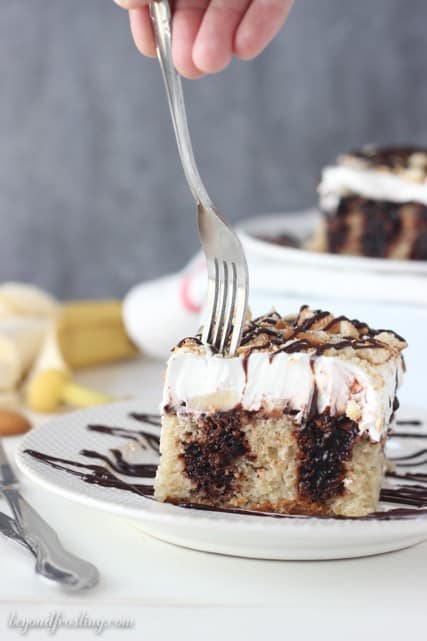 For the cake, all you need is a boxed cake mix and a few miscellaneous ingredients, including mashed bananas. I actually only slightly adapted this recipe from the book The Cake Mix Doctor. The original recipe called for water, I decided to use buttermilk instead, and I omitted the banana extract but used vanilla instead. Since this cake is a bit more dense than your traditional cake mix, it does not rise as high, which is totally fine for this cake. 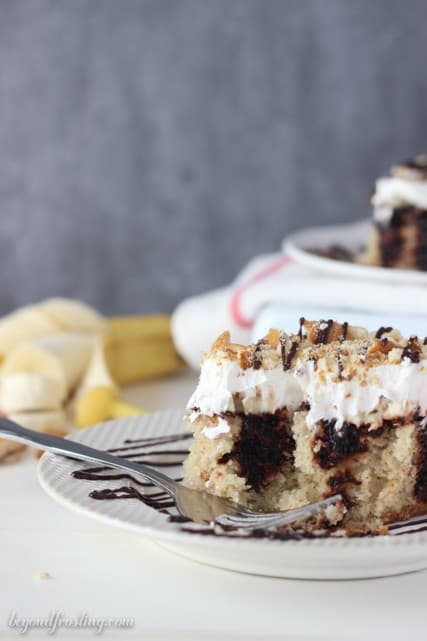 If you don’t have buttermilk, which lets be real, who just has that laying around? You can try mixing 1 tablespoon of lemon juice into about 1 cup of milk. A long time ago, I discovered this post from Joy The Baker about buttermilk substitutes and I have been using it ever since. It is not AS good, but it works just fine!

I waited until the pudding was nice and firm before adding the sliced bananas and whipped cream. I sliced up 3 bananas, which was more than enough, but I don’t think anyone would complain about more bananas. As always, if you don’t want to make homemade whipped cream, you can use Cool Whip instead! 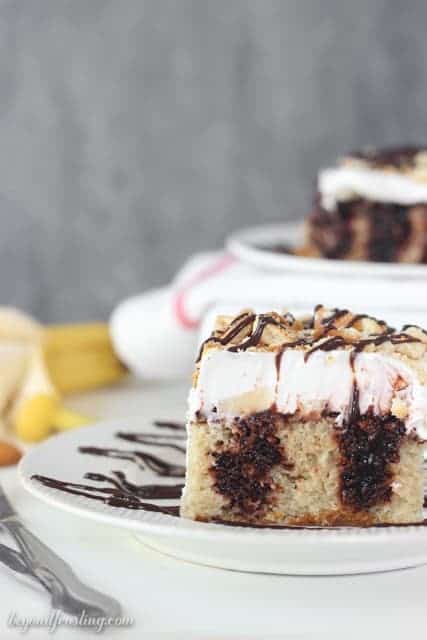 *Cool Whip can be substituted instead of whipped cream. Cake recipe slightly adapted from The Cake Mix Doctor. 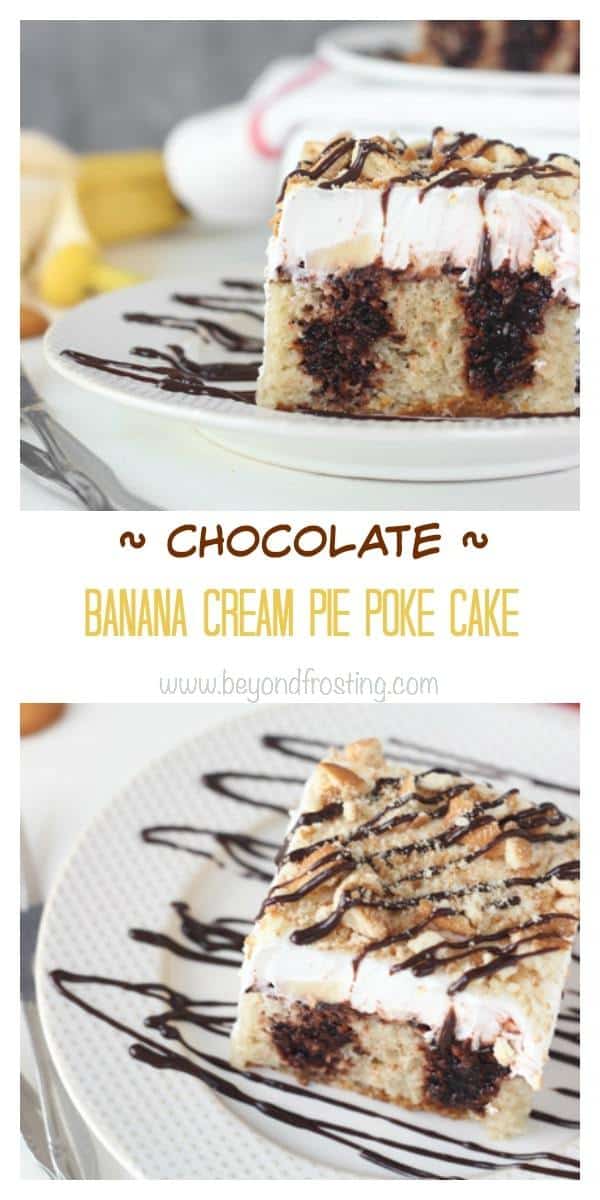 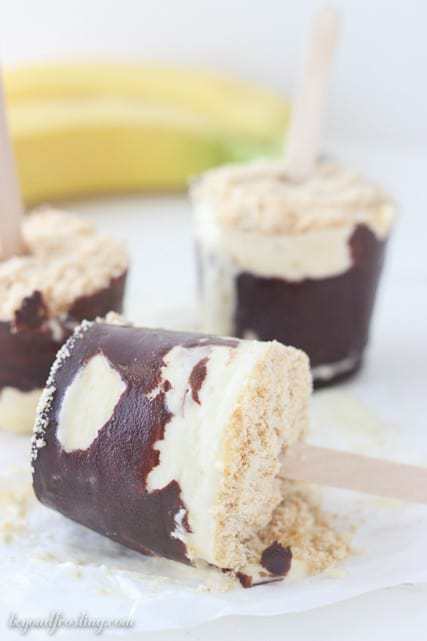 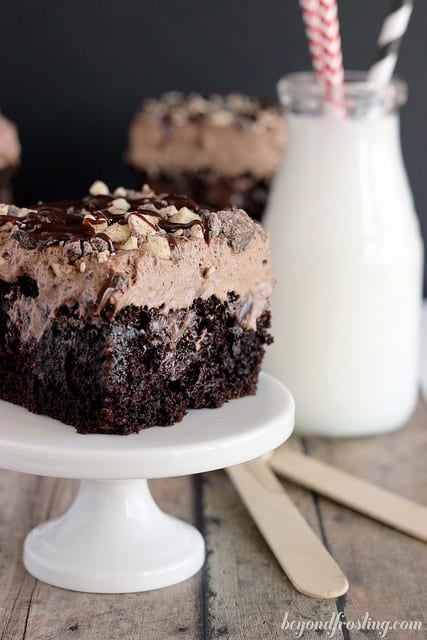 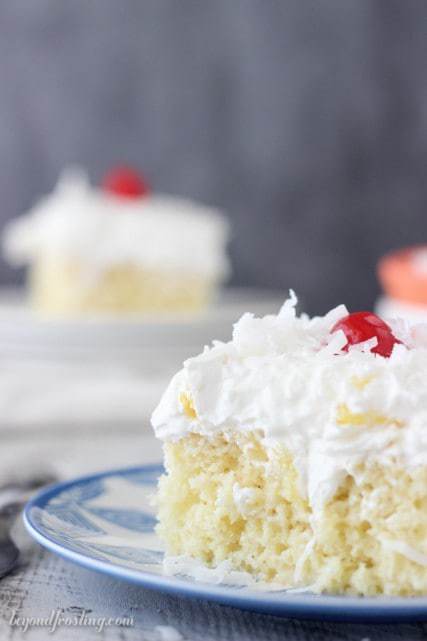 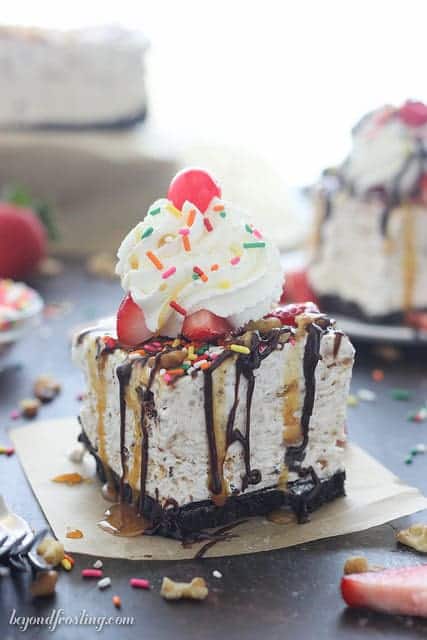 Other recipes I love:

Banana Pudding Budnt Cake from Confessions of a Cookbook Queen