Whelp, my “spring break” is over. It’s not like I had off from work, or went anywhere, but I figured you all might be sick of seeing pink and red valentine’s day treats, so I took the week “off” from blogging too heavily to enjoy the time with my boyfriend. That’s not to say I didn’t spend hours in the kitchen preparing for the rest of the month! I have so many exciting things to share, I can’t wait! I mean seriously, I missed you guys.

I am continuing my Foodie Finds with a visit to Gigi’s Cupcakes in Denver. I was recently in downtown Denver for work (my first time to downtown!) and did a little research on bakeries in the area. I saw on Yelp that there was a Gigi’s Cupcake location only a mile away! 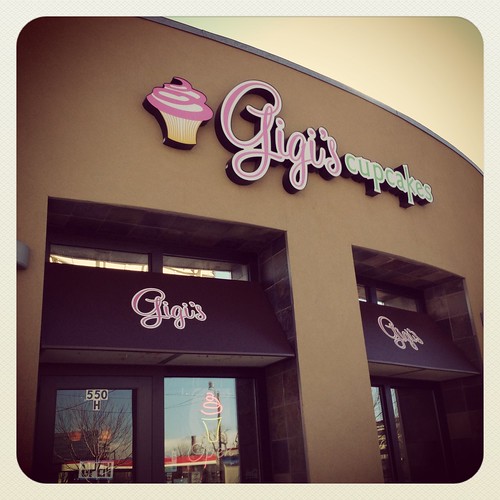 On my last day in Denver I drove down to the shop to pick up some cupcakes for “research”. I first came across Gigi’s Cupcakes on the internet, and was drooling over their sky high frosting and wide variety of flavors. Check out their website, they have a very impressive list of flavors! 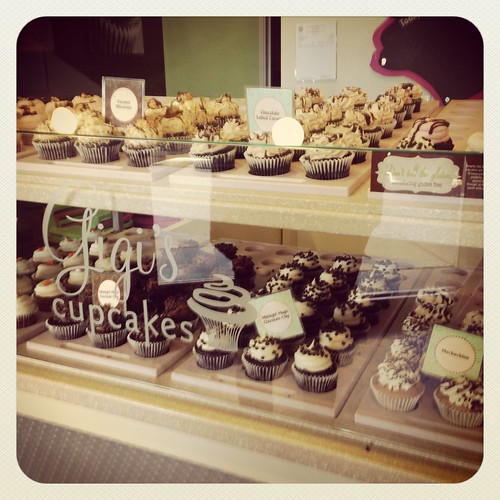 I always try to take as many photos as I can without seeming like a totally weirdo. It’s easier when other people are not in the store! Gigi’s Cupcakes in Denver also has a cupcake kiosk somewhere on the 16th Street Mall and they have a mobile cupcake truck! I asked a few question about where to find it, but we were headed for the mountain, so not such luck on that one!

I resisted my cupcake craving for a full two hours and waited to enjoy these until we got to the hotel in Frisco. I even saved a bite of each for my little brother who drove up later that night. 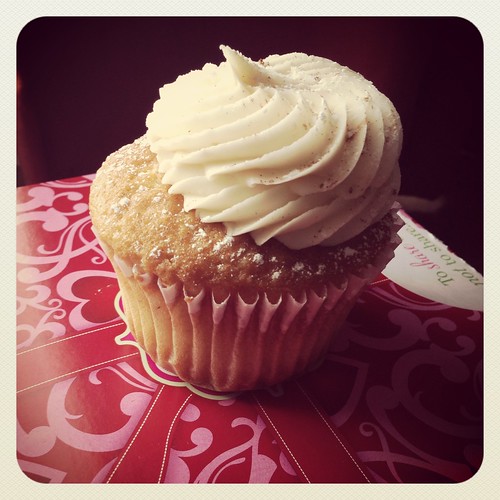 The French Toast was my favorite! I actually called the bakery a week later to ask them about this flavor since it wasn’t a part of the normal menu; It is a flavor that is specially offered in the Denver location. The maple smell was literally calling my name through the box. It is a french toast cake topped with maple buttercream and sprinkled with cinnamon and powdered sugar. I fell so in love with this that I am attempting to recreate one of my own. 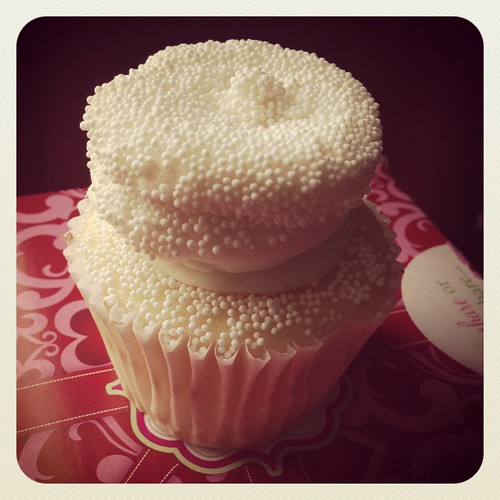 Vanilla Wedding Cake- I thought it best to try a traditional vanilla cupcake. This is a white cake with vanilla buttercream frosting and rolled in white nonpareils. It was airy, light and smooth in my mouth. 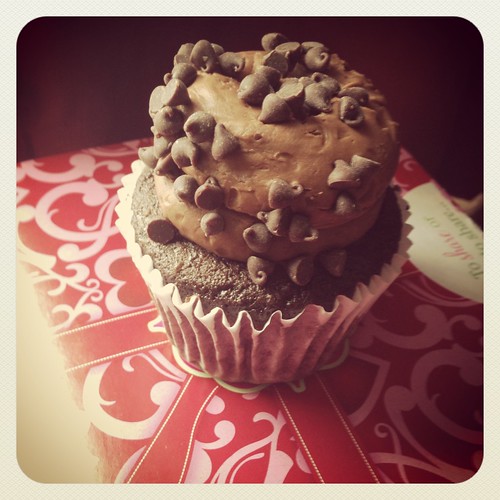 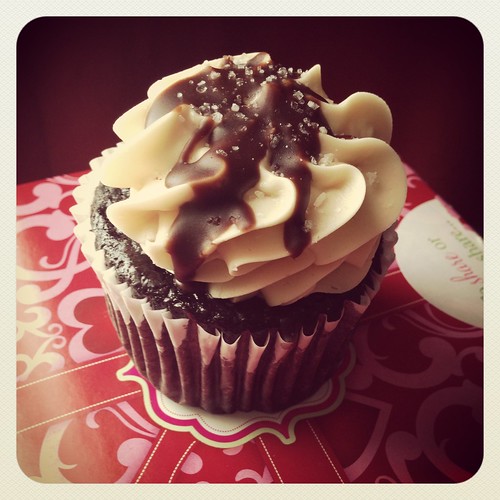 Chocolate Salted Caramel- This flavor is not a normal one for me. I am not a huge salted caramel fan, but I thought it was important to taste one so that when I make it at home, I can make sure it is up to par. This cupcake is a dark chocolate cupcake filled with caramel and topped with caramel frosting, ganache and a pinch of sea salt. This was the same chocolate cupcake as the Midnight Magic, so I automatically thought it was pretty good.

I am so glad to have visited such an impressive bakery. Next time I am in Denver, I really want to find their cupcake truck! If you are in the 16th Street Mall area, either find the kiosk or take a short cab ride to their bakery location!