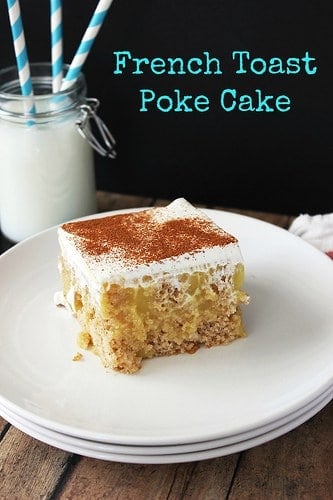 What’s a poke cake? I started seeing all these different poke cakes on Pinterest, and I had never heard of such a thing. Basically, a poke cake is a cake, which you poke holes in and pour pudding or something similar over the top and allow it to absorb into the cake. You top it off with whipped cream and/or other toppings. Umm, cool! So I did some research and decided to try a French Toast Poke Cake. 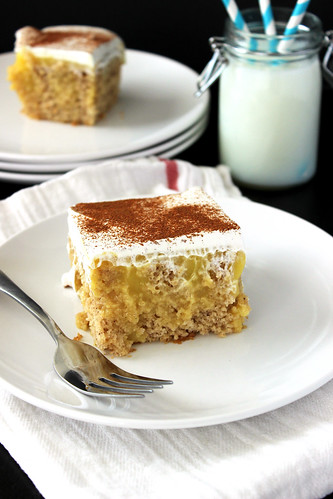 What does my cake consist of? It is a cinnamon cake, loaded with maple syrup and vanilla pudding, topped with whipped cream. It’s pretty much dessert for breakfast, or breakfast for dessert. Either way you need to try this! 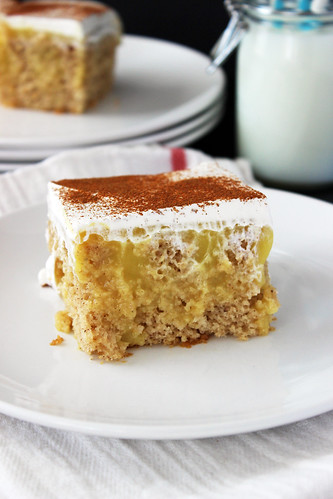 Preheat oven to 350° F. Combine cake mix, nutmeg and cinnamon together in a medium sized bowl. Mix in eggs, one at a time ensuring the batter is well mixed after each egg. Add single yolk last. Next add melted butter, milk and sour cream. Cream together until well mixed. Add vanilla and maple syrup last and mix until combined. Pour into a greased and floured 9×13” pan. Bake for 25-28 minutes until the top of the cake is golden brown. Test the cake for doneness by sticking a toothpick in the center, if it comes out clean, your cake is finished. Allow the cake to cool for 15 minutes.

Use the handle of a wooden spoon or another round object to poke holes into your cake. You will want them to be fairly large in order to allow the pudding to absorb in the cake. Take a 1/4 cup of maple syrup and drizzle over the top of your cake. 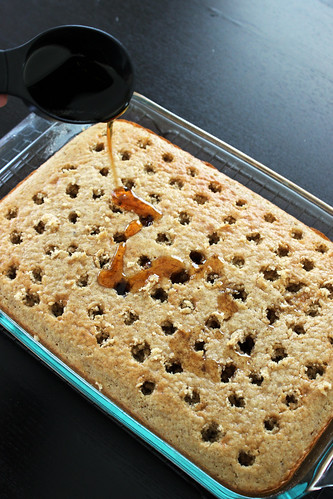 In a separate bowl, mix together milk and pudding packets using a wire whisk until smooth. Do not allow the pudding to set. Pour the pudding over the cake and distribute evenly. Put the cake in the fridge for at least 1 hour to set. 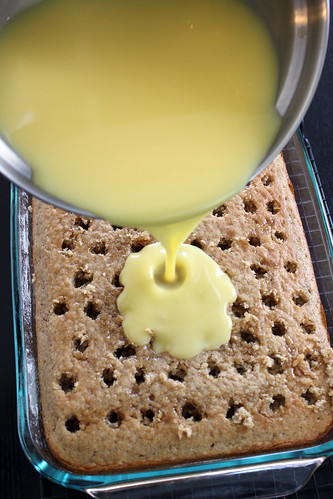 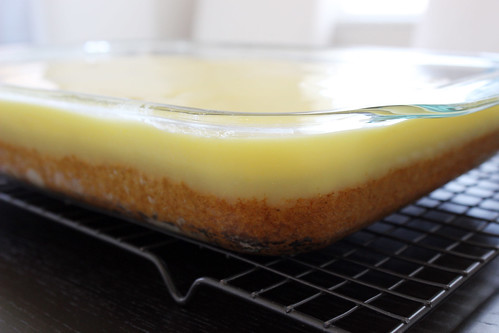 To finish the cake, spread whipped cream over the top and sprinkle with cinnamon. Make sure to keep your cake refrigerated.

I am really excited to try more poke cakes this summer, I even dedicated a board on Pinterest to poke cakes! I will take my French Toast Poke Cake with a side of bacon please! 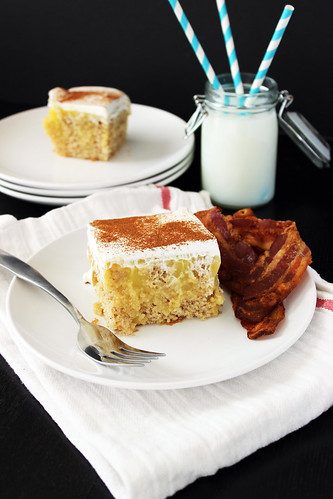