This post has been updated in 2018 with a improved recipe and new photos. 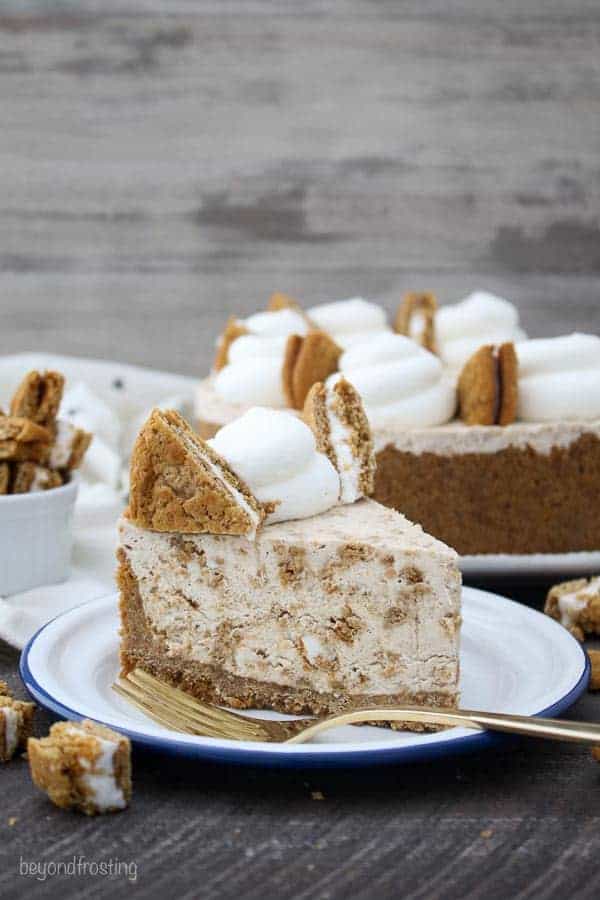 Every once in awhile I break out into random song, and my husband looks at me like I have four heads. What are you singing? He asks. Duh, it’s Mr. Vain. What? He asks. You know, Mr. Vain, as I continue to sing.

Now it’s not very uncommon for me to have no idea what his is referencing when it comes to music, but the opposite rarely occurs. I immediately drop what I am doing and You Tube the song as I dance around the living room. Hello, the 90s called and you need to get up to speed. He is seriously shocked by the songs I know and the ones I don’t.

Other things that seem to shock him include how many things I can pack into one dessert. 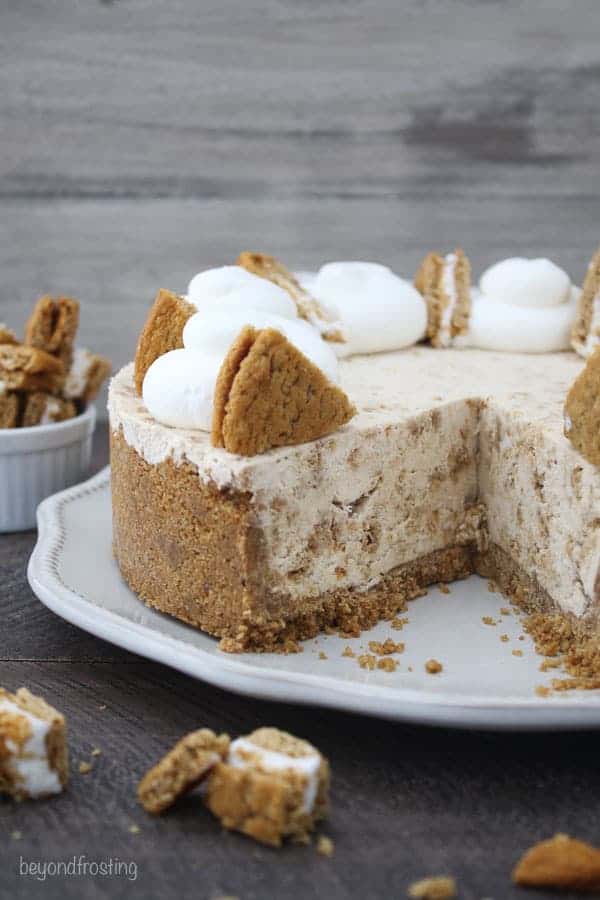 This Oatmeal Cream Pie Ice Cream Pie needs no introduction. It one word, it is ice cream bliss. It’s the closest thing I have made that compares to my favorite Ben and Jerry’s ice cream, Oatmeal Cookie Chunk.  My pint of choice for “pint night” in college, and contributing member to my freshman fifteen.

I love ice cream pies, because you can whip them together quickly, throw them in the freezer and have yourself a tasty dessert in about two hours. Plus, it’s been SUPER hot lately, so baking isn’t really an option. It’s a real problem for someone who does as much baking as I do. I am forced to turn to ice cream and no-bake desserts to solve my problems. It’s a tough life, I know. 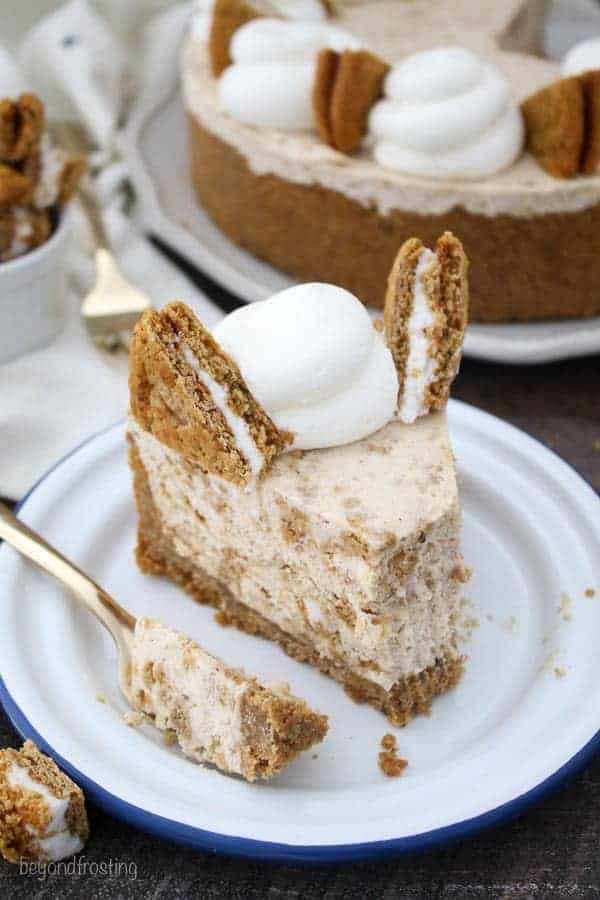 For the no-churn ice cream,  it’s a mixture of cream cheese, brown sugar, cinnamon, whipped cream and crushed Oatmeal Cream Pies. I happened to be walking down the aisles of the grocery store and spotted an extra large box of Oatmeal Cream Pies that were just calling my name. I knew I wouldn’t be able to keep them in my cabinet for too long.

For the crust, you can really choose any type of cookie you want. When I redid this recipe, I used Mother’s Oatmeal Cookies (the ones without icing). Originally I made this with graham crackers but I just love the buttery flavor that the oatmeal cookies add. I made my dessert in a 9-inch spring form pan, but this can also be made in a pie plate as well. 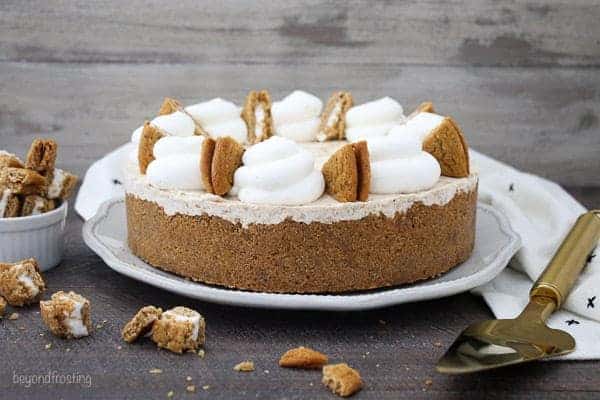 This ice cream gets pretty hard because of the cream cheese. I prefer to eat my ice cream when it’s a little softer, so I usually remove it at least 20 minutes before serving. If you try to cut it right out of the freezer, it will be very firm. My dad on the other hand likes to cut this right out of the freezer because he’s not patient enough to wait, who can blame him?

Now run out and get some Oatmeal Cream Pies so you can make this immediately! 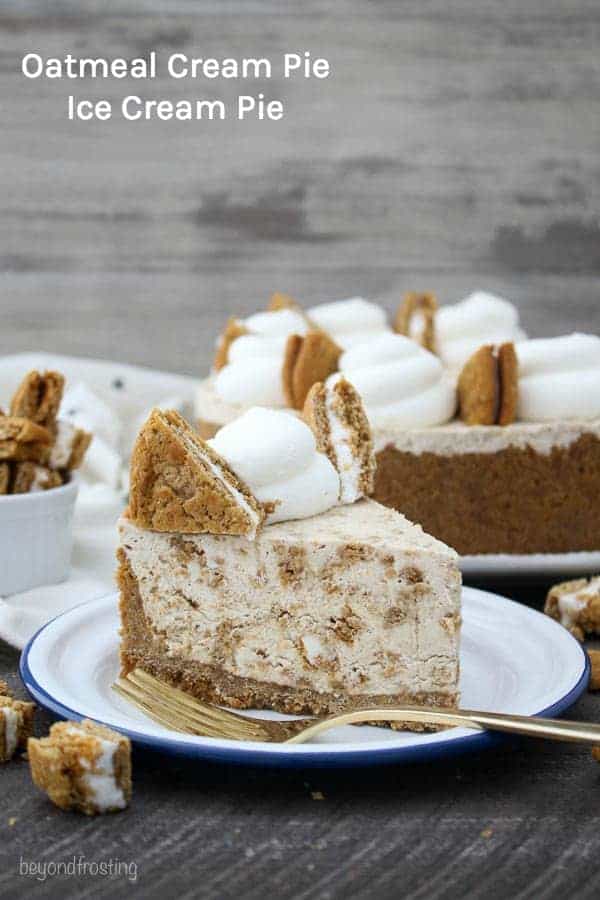 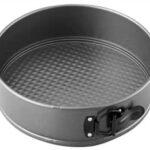 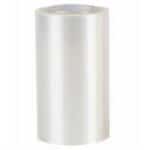 Recipe from my friends

Homemade Oatmeal Cream Pies from That Skinny Chick Can Bake

Other Recipes from Beyond Frosting 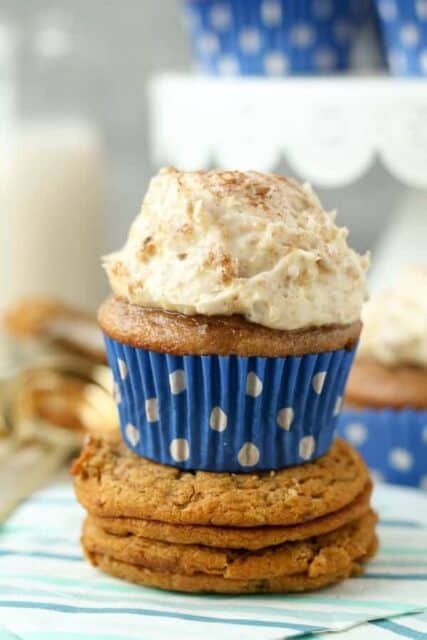 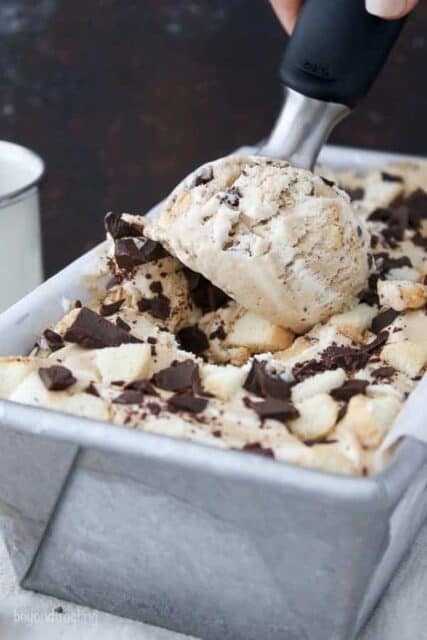 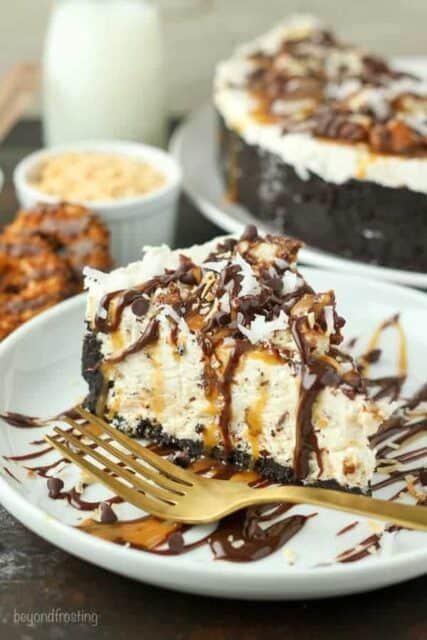