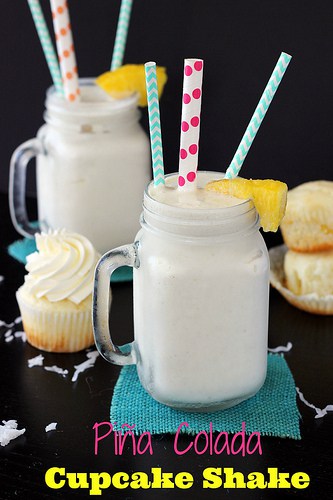 Sometimes you need some booze in your cupcakes and sometimes you need some cupcakes in your milkshake. Nothing’s scream summer like a milkshake or ice cream cone. So last week I had some left over Piña Colada cupcakes and I thought I would make a cupcake shake. What’s awesome about the cupcake shakes is you can really design any flavor of milkshake around the extra cupcakes you have. Is there any less guilt in consuming a cupcake in milkshake form? I mean, if you were walking around with a cupcake shake, no one would know there was a cupcake in there, which means they won’t judge you for drinking a milkshake and consuming a cupcake at the same time. It’s a win in my book. 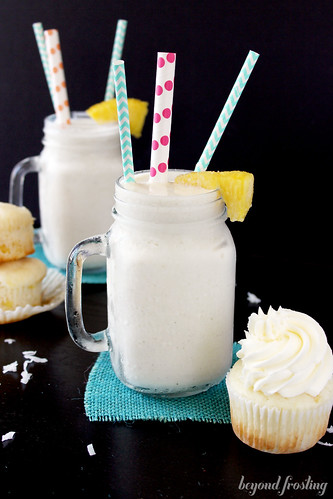 Tomorrow we are headed to Minnesota for my cousin’s wedding. I haven’t see a majority of my family since 2005 as we are spread out across the country. I am pretty excited to see my cousins, who all have kids now! We will be in Roseville, so if anyone reading this has some bakery recommendations, please let me know!

For the piña colada cupcake shake, you need some cupcakes, some vanilla bean ice cream, shredded coconut and fresh pineapple. You will also need a large blender and some chilled glasses. I like to put my glasses in the freezer when I am making homemade milkshakes because it helps keep them that much colder! 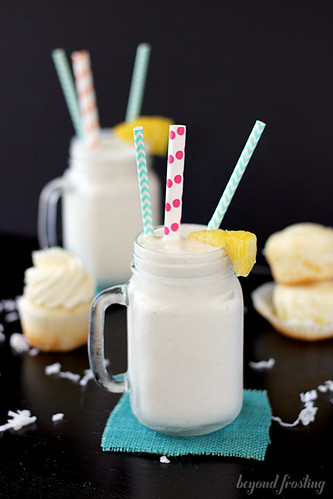 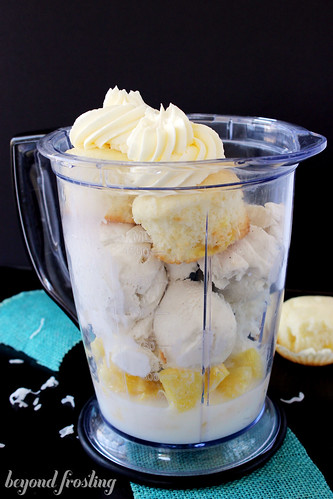 I am kind of excited for all the cupcake shakes that I could create. Surely there is a chocolate one coming your way. 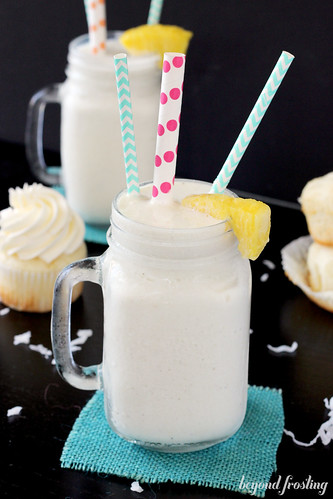 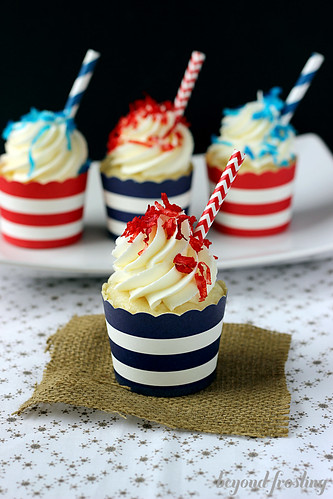