I thought it would be nice to do a little something different with pumpkin for you today. It’s been stinking hot here. I know I shouldn’t be complaining about good weather, but when October comes around and it’s nearly 100 degrees, it just bums me out. 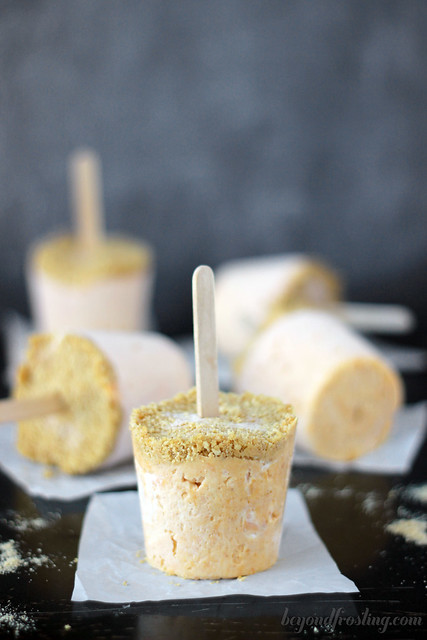 When I can’t turn on my oven, and I am looking for a refreshing treat, I turn to these Pumpkin Cheesecake Popsicles. Years ago, I made a Weight Watchers Pumpkin fluff pie, which is made with Cool Whip and Pumpkin, and I could devour the entire thing all by myself. So I decided to make my own version. 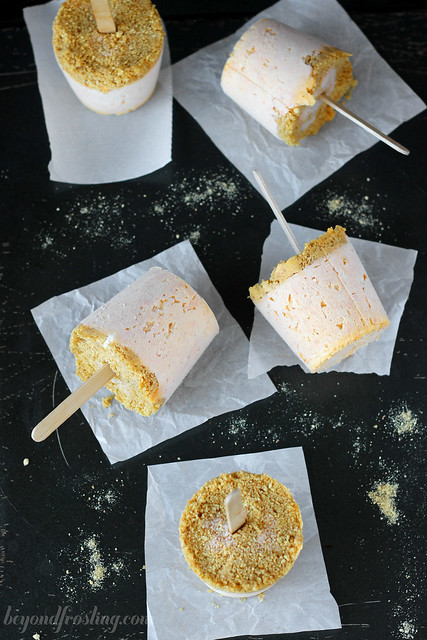 I tried these popsicles a couple different ways, with and without cream cheese, in different popsicles moulds. I like to use paper cups for my popsicles sometimes because it is WAY easier to get the popsicles out of the moulds. You just make a cut in the cup and peel it away. 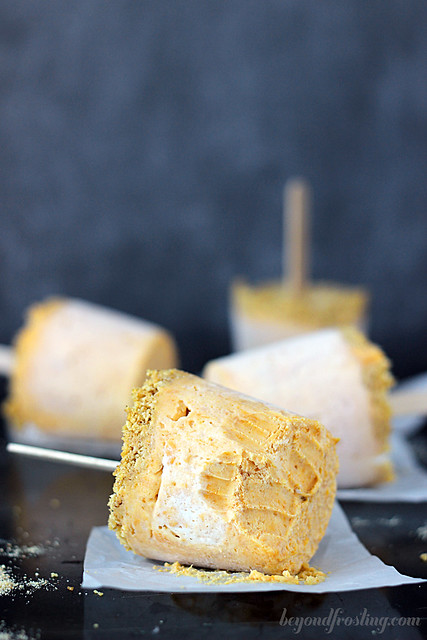 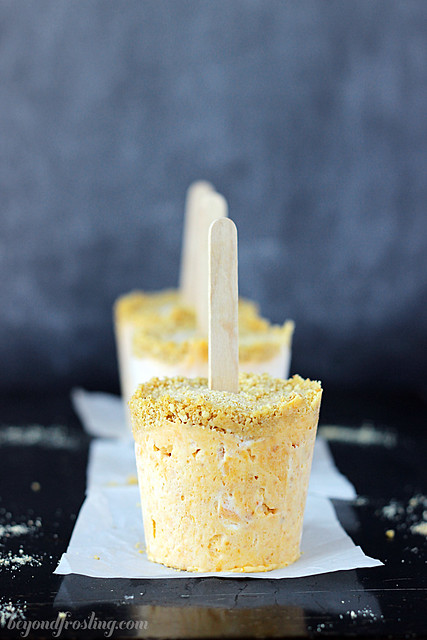 Recipe my from my friends:

Pumpkin Pie Ice Cream from Your Home Based Mom