These Eggnog Cream Pies are the best way to enjoy the holiday beverage as a dessert. A buttery graham cracker crust filled with a heavenly Eggnog Mousse and topped with whipped cream 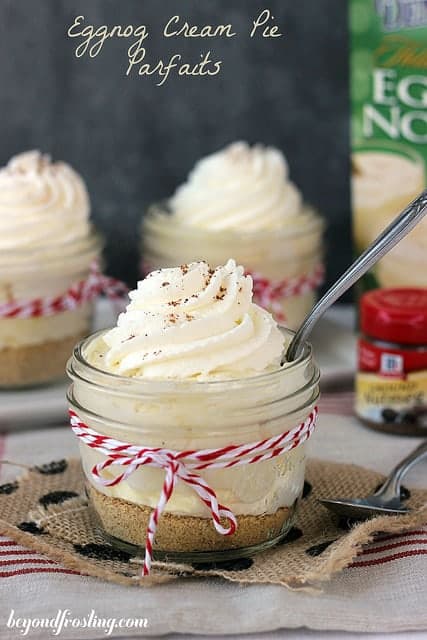 It’s official, I am addicted to Scandal. I have been talking about watching it for awhile, but now that I have started, I CAN NOT stop! I watch a season and half in two days. While I sat on the couch watching Scandal, I was also shoving my face full of these Spiked Eggnog Cream Pie Parfaits. 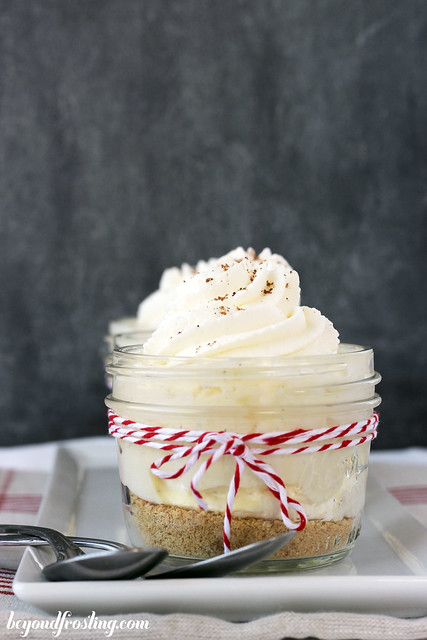 I’ve have discovered that adding Eggnog into things like pudding mix is the best thing since my Apple Pie Lasagna. I thought I was all smart and inventing new things like eggnog pudding- which for the record obviously already exists, and I didn’t bother checking. But as I drank my way through the carton of eggnog, I discovered the eggnog pudding recipe on the side of the carton. Duh Julianne. This recipe is spiked with Rum. The rum is optional! You can substitute the rum with additional eggnog. 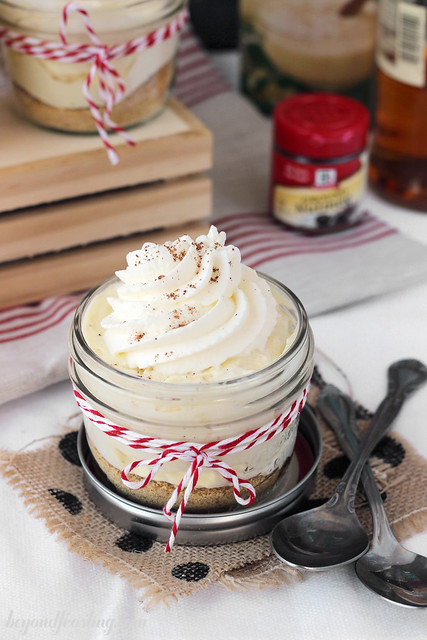 Anyway, I made eggnog pudding by adding eggnog instead of milk to some vanilla instant pudding and little extra cinnamon and nutmeg. This is unbelievably amazing, like be-sure-to-sneak-extra-bites–when-no-one-is-looking AMAZING. Then I made the pudding into a mousse with some homemade whipped cream, which makes its light and fluffy and full of goodness. 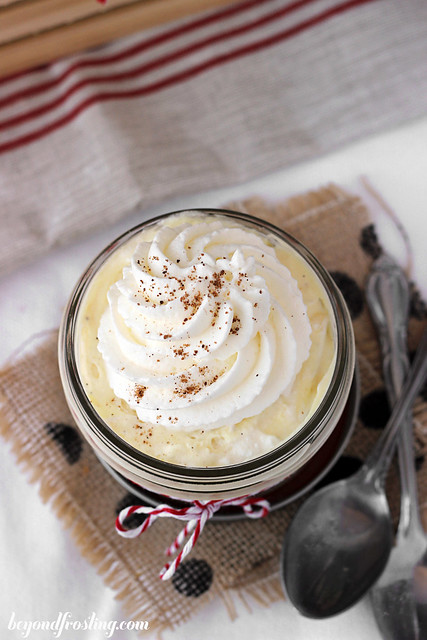 I really wanted to make a pie of out of this, but under the weight of the mousse and whipped cream layer, it didn’t look very pretty on the plate. So we improvise with these cute little cream pie jars!

The first layer is a graham cracker crumbs, with a little bit of butter for a more crust-like appeal. Then a heavy layer of mousse and a topping of whipped cream. You can make up these jars ahead of time, and don’t stress yourself out of the dessert! 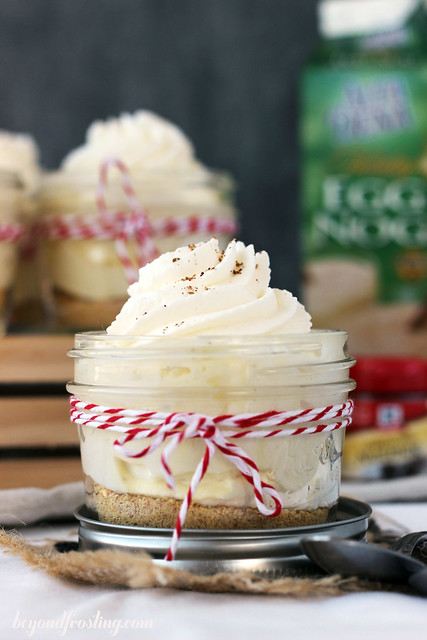 I mentioned homemade whipped cream, which is SO much better than Cool Whip. I’ve got nothing against Cool Whip, and you can most certainly use it for this recipe. However, the whipped cream helps add the air bubbles that you just don’t get with Cool Whip. What do the air bubble do? They help keep this mousse airy and fluffy. 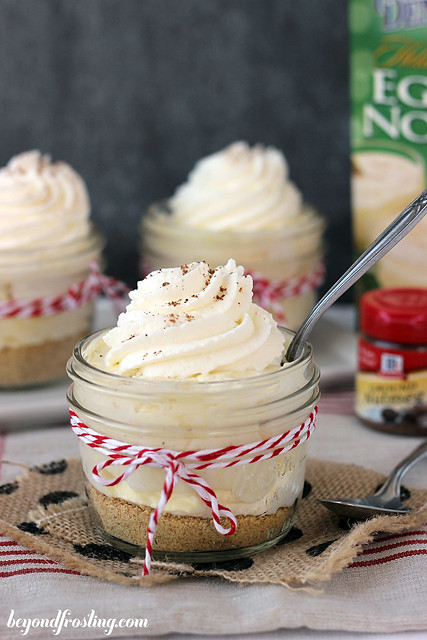 These Eggnog Cream Pie Parfaits will knock your socks off. You can layer them, you can use serve these in a variety of different jars or glasses, or even serve them as dessert shooters.

These Eggnog Cream Pies are the best way to enjoy the holiday beverage as a dessert. A buttery graham cracker crust filled with a heavenly Eggnog Mousse and topped with fresh whipped cream

Rum can be omitted, just replace with additional eggnog

More recipes from Beyond Frosting: 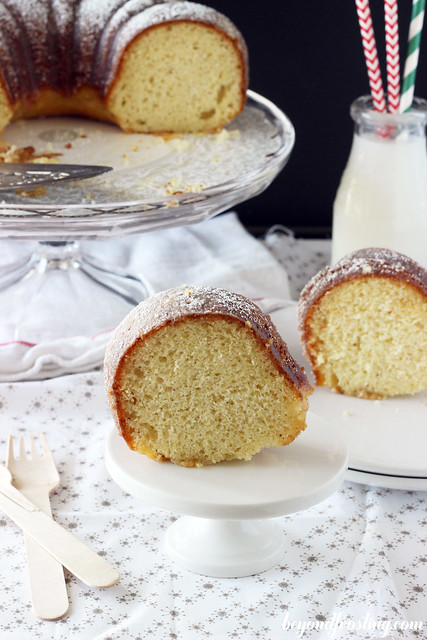 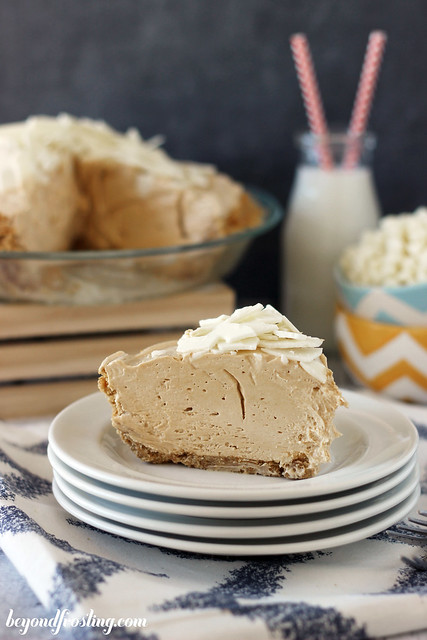 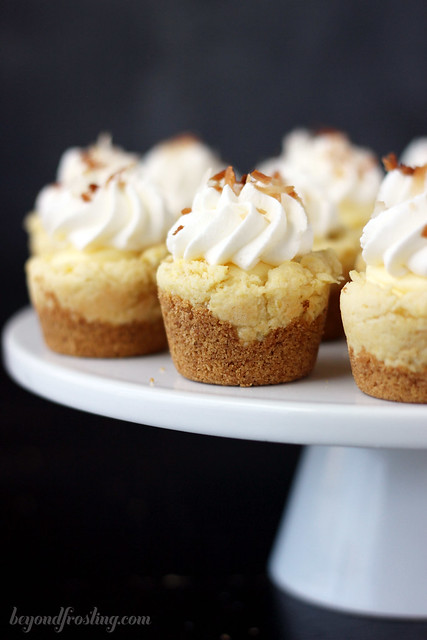 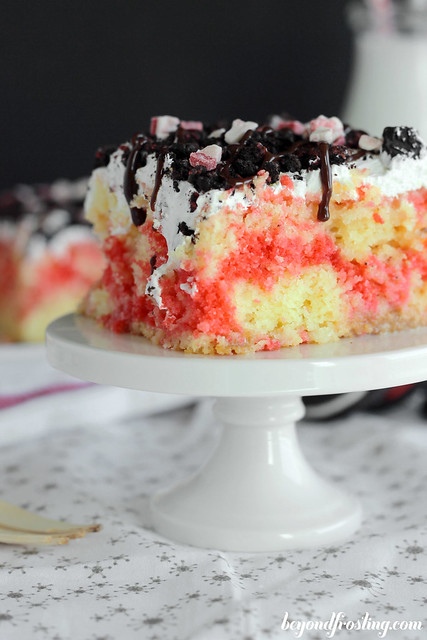 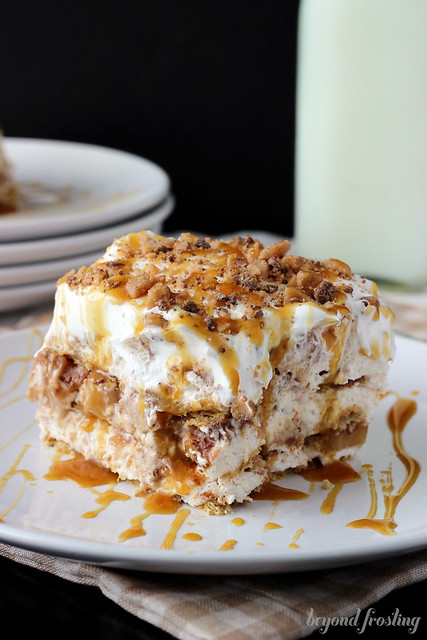