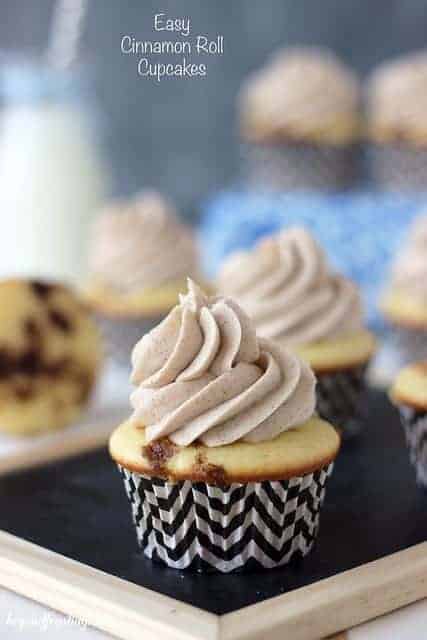 These Cinnamon Roll Cupcakes are a mouthwatering treat. It is a vanilla cupcake with a brown sugar streusel mixed in. They are topped with brown sugar, cinnamon frosting.

I have been making cupcakes like crazy lately, and really that is what I love to make! I went on this big cupcake hiatus and now I am back with a boom. There have been birthdays up the wazoo at work, which means that I am on cupcake duty, and I can try all sorts of different combinations. 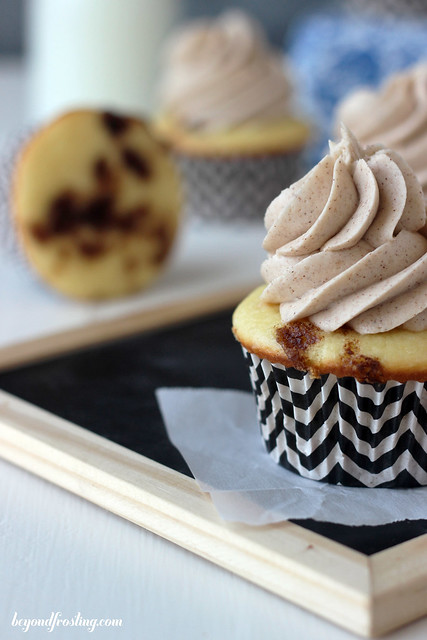 These Easy Cinnamon Roll Cupcakes were so popular that they made an appearance twice within two weeks! These cupcakes start with a vanilla cupcake batter, and they are mixed with a brown sugar streusel, which is my favorite part. The frosting is a brown sugar, cinnamon frosting. It’s a mouth watering treat! 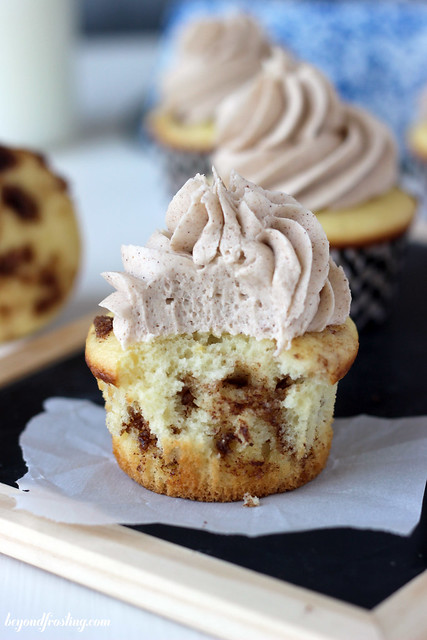 I don’t know about you, but I don’t have a lot of spare time. You will find that a lot of my cake recipes start with a box mix. Often times, I add and mix things in and swap things out as to make it unique. You certainly don’t need to stick to the ingredients on the box! Most of the time, no one would guess it started with a box mix. Don’t get me wrong, homemade cakes are thebomb.com but I don’t always have the time to wait. 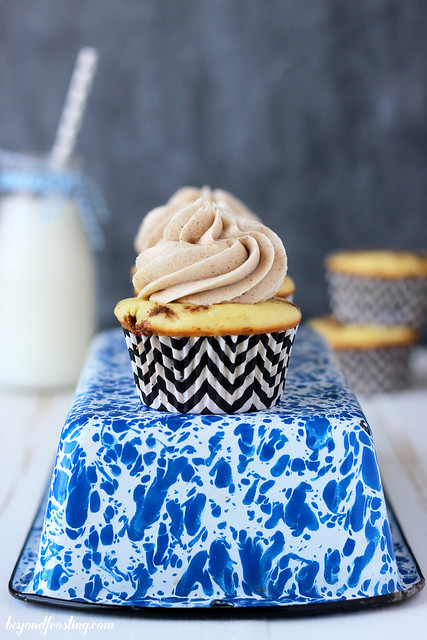 This cupcake is the sibling to my Snickerdoodle Coffee Cake Cupcake. My friends still talk about that one. There is something about cinnamon and brown sugar that makes people go a little crazy for sweets! It’s so good that even my boyfriend ate one, and you know, he is really picky! 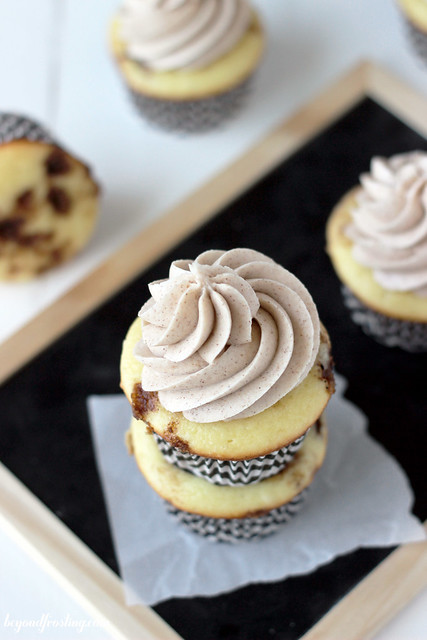 For the frosting, there’s quite a bit of butter and it is whipped to perfection. If you start with a cold butter, beat it until it is really smooth. You really can’t go wrong here. Then, slowly add the powdered sugar, and beat it in one cup at a time. The best thing you can do for a frosting is to add some heavy whipping cream. It helps make the frosting extra smooth and even cuts some of the sweetness. Some people might think there is too much frosting on these cupcakes; is that even possible? 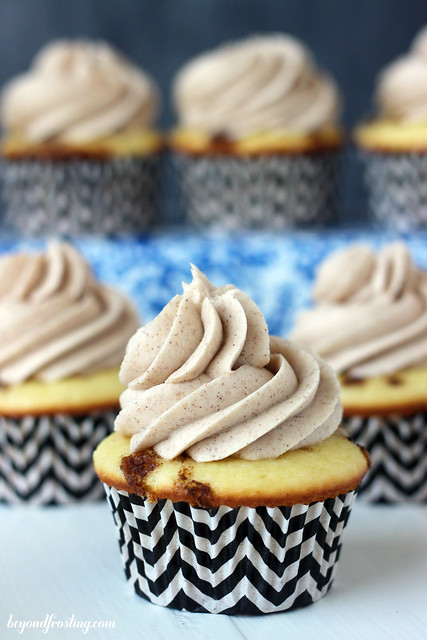 The streusel is the key ingredient in this recipe. You just need some brown sugar, cinnamon and of course, butter. Once your streusel is mixed, scoop some batter into the cupcake liner, sprinkle a layer of streusel and then cover it with another scoop of batter. I used a toothpick to swirl the batter together and then dropped some more streusel on top because more streusel is always a good thing.

Save this recipe for your next get together. Your guests will be impressed and you don’t even have to tell them how easy it was to make these cupcakes! 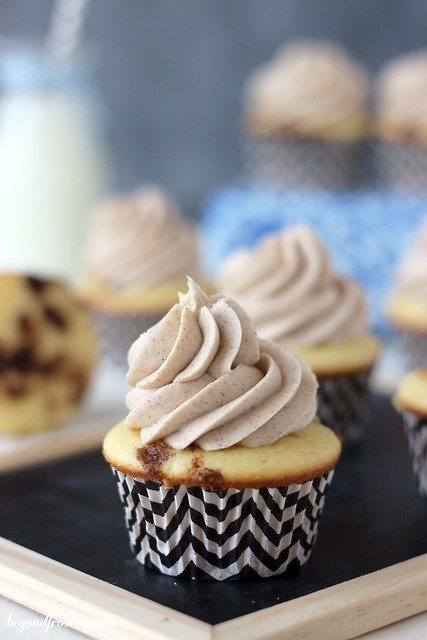 Please note buttermilk can be substituted with regular milk. 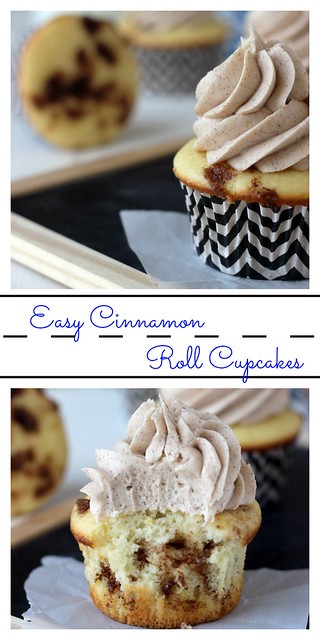 Fun Recipes from my Friends: 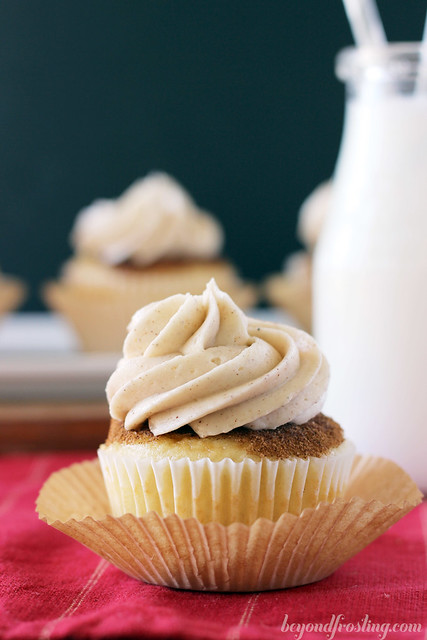 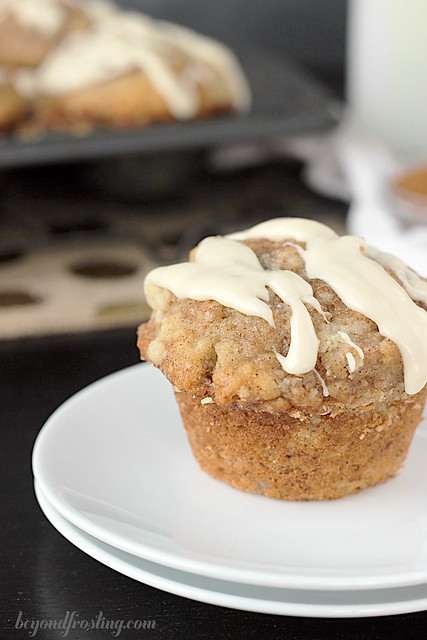 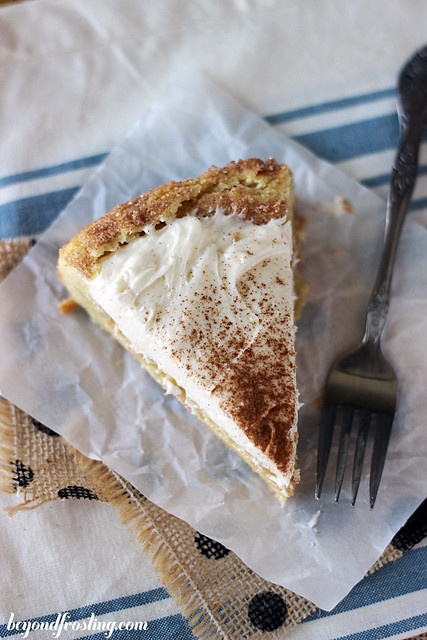 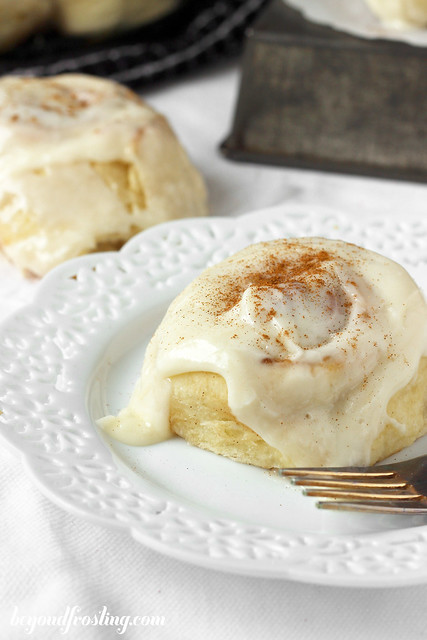