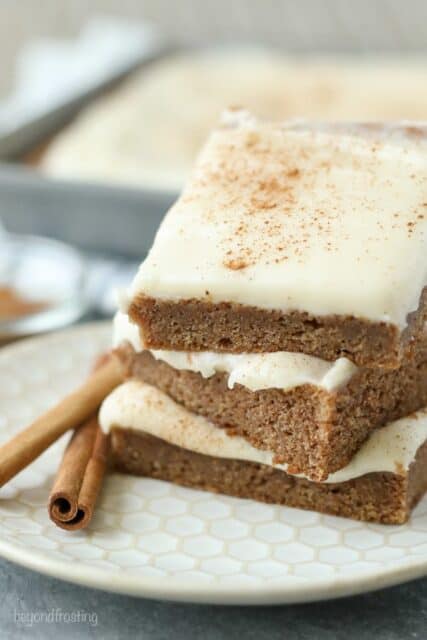 Once you sink your teeth into one of these babies there’s no turning back. These soft and chewy cinnamon blondies are topped with a silky cream cheese frosting. 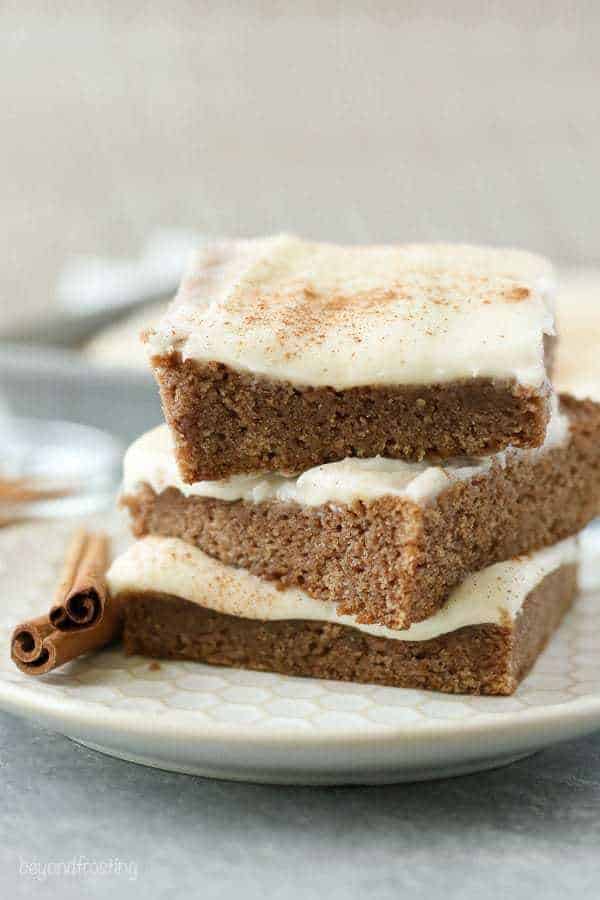 I’m so excited to be sharing these homemade Cinnamon Roll Blondies from my friend Hayley’s book Two in One Desserts. After the success of her first book, Out of the Box Desserts, Hayley is delivering more mouthwatering treats for you to try.

Everything is this book is a combination of two different types of flavors or desserts and fused into one. Some of the other recipes that sparked my interest are: Key Lime Pie Cake with Graham Cracker Whipped Cream, Donut Upside Down Cake, Crème Brule Cheesecake Bars and Billionaire Cheesecake Pie.

This book features very approachable recipes, a majority of which are semi-homemade, meaning they might start with a box mix or refrigerated pie or cookie dough. Hayley says that this book is something for everyone from novice chefs to seasoned bakers. There are also plenty of homemade recipes if that is more your thing. 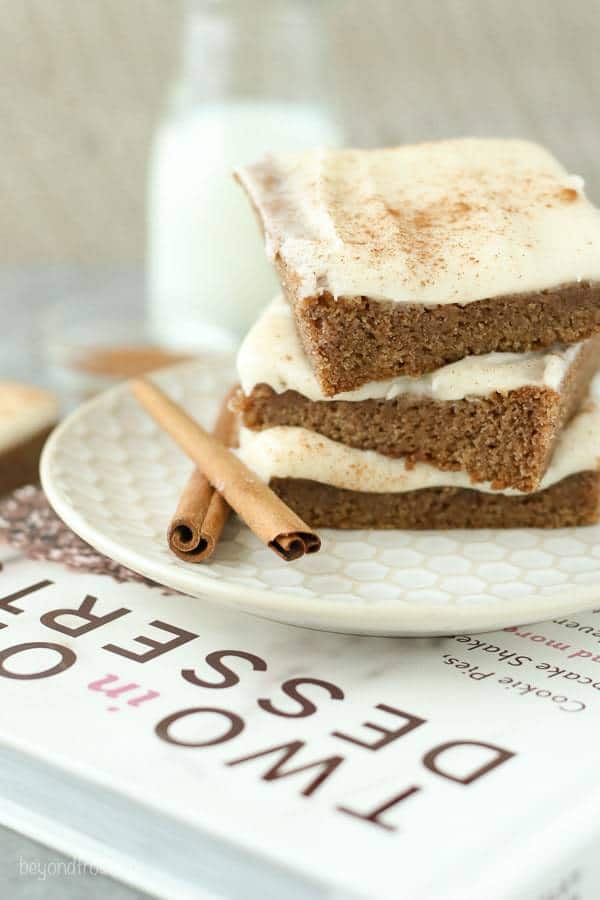 When these were baking up in the oven the sweet aroma of cinnamon filled my kitchen.  It was like baking cinnamon rolls but without all the waiting. It was quite a tease for my fiance who wasn’t eating sugar at the time.

Can you believe this is the first blondie recipe I’ve made for my blog?! Now I know what’s I’ve been missing out on.  Blondies are basically like a brownie but without the chocolate. Plus these are made with only brown sugar and no white sugar. They’re heavenly.

These bars are soft and chewy and full of flavor.  There’s plenty of cinnamon to go around but also hints of vanilla and brown sugar. 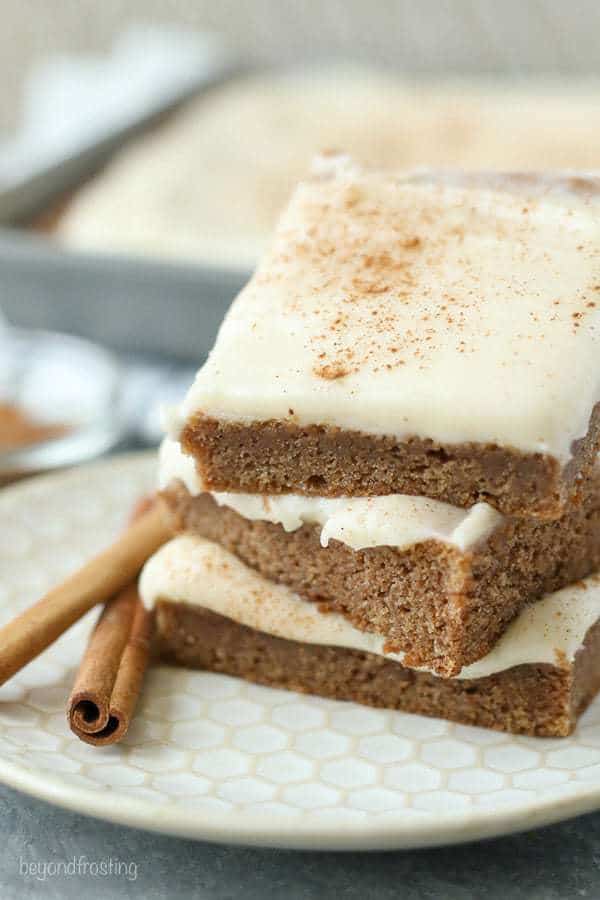 This recipe is very versatile so I imagine you could certainly make alterations to the frosting or even throw some cinnamon chips in the bars to make them your own.

When it comes to recipes like these, it’s easy to prepare the bars in advance which will freeze well and then frost them before serving. I like to cut the bars and freeze them on a pan for 2 hours before I wrap and bag them. This helps to prevent freezer burn. 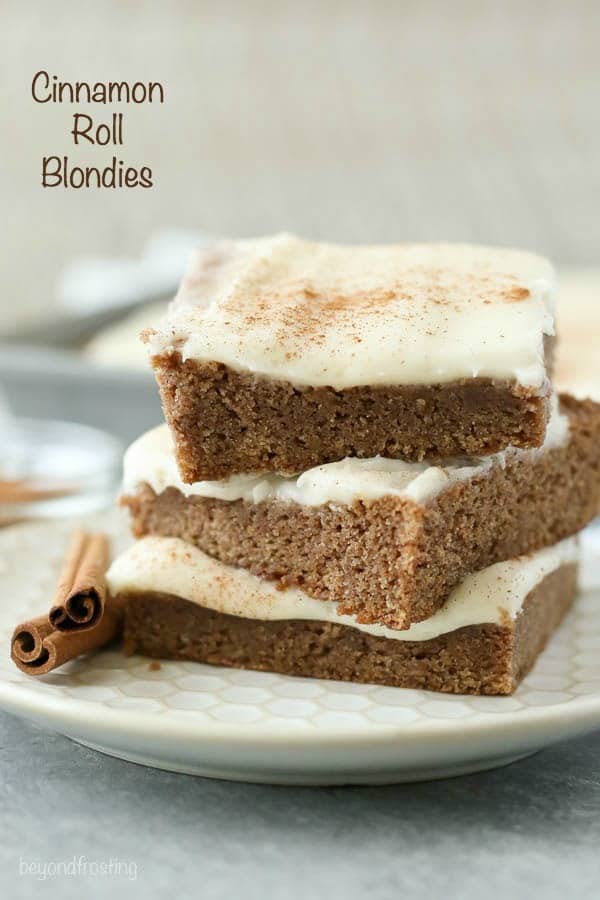 These soft and chewy cinnamon roll blondies are topped with a silky cream cheese frosting.

Reprinted with permission from Hayley Parker, author of Two in One Desserts 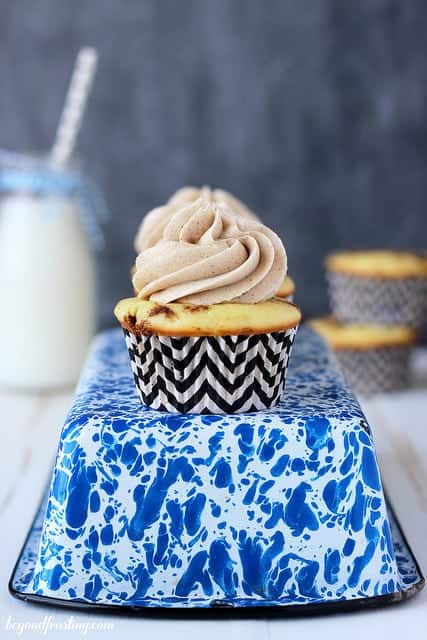 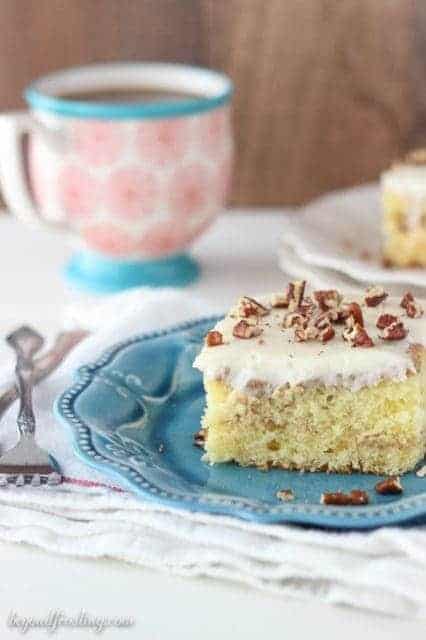