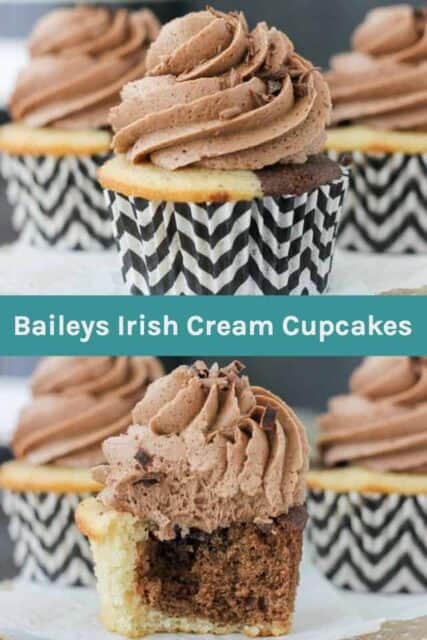 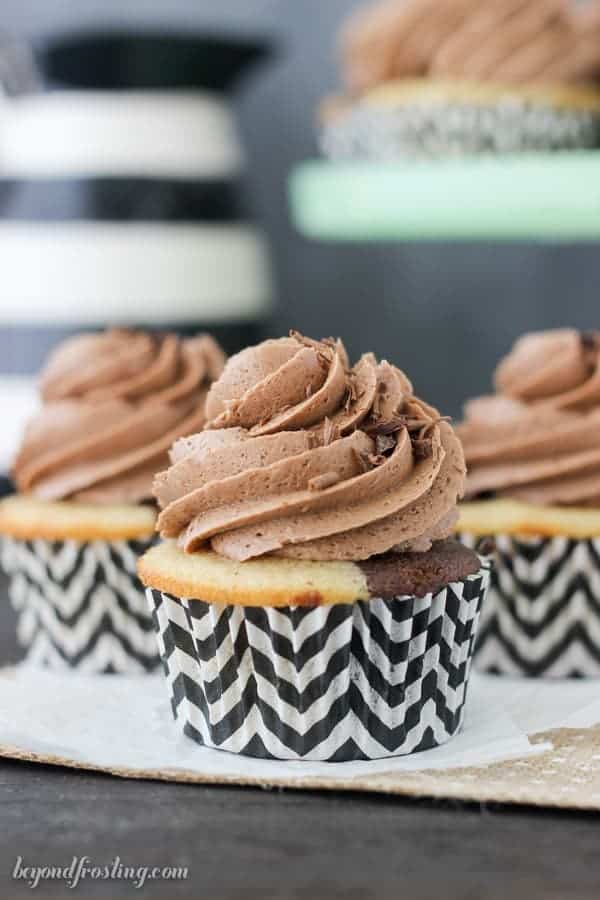 This was originally posted on BHG’s blog in 2016, but the blog is no longer running. This post has been updated in 2020.

Your St. Patty’s day just who a whole lot better because CUPCAKES!

These Triple Irish Cream Cupcakes are just what you need, whether or not you’re celebrating St. Patty’s day or just your average Saturday night! Personally, I love baking with Baileys Irish Cream and with these cupcakes, there’s plenty to go around. I don’t call it triple Irish cream for nothing!

It starts with a homemade marbled Irish cream cupcake. It’s one batter, divided in half so you get both a vanilla and a chocolate cupcake in one. 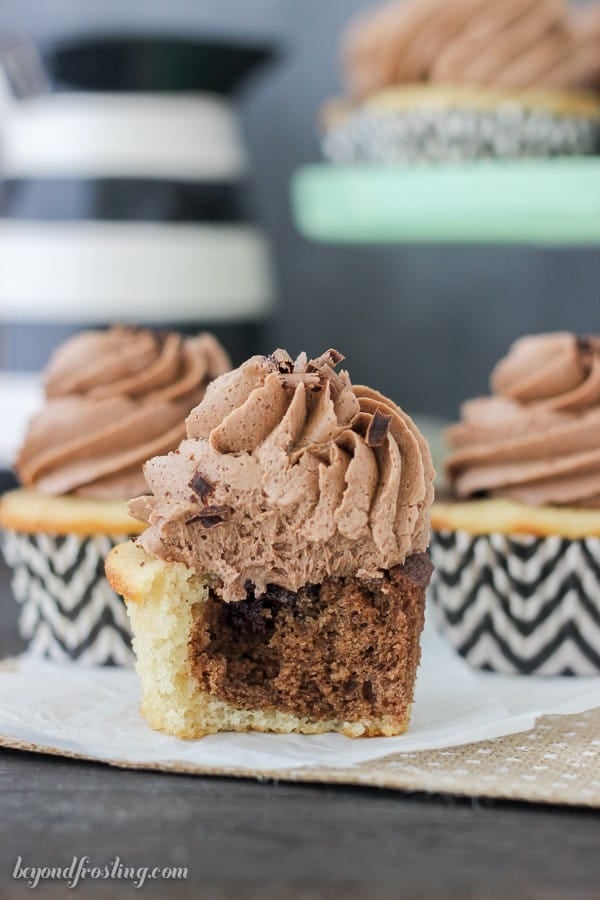 I’ve always wanted to make a nice marbled cupcake, but anytime I have tried, it doesn’t turn out right. The chocolate batter is too thick and doesn’t bake the same as the vanilla.

I was so happy with the results for this cupcake. The texture and flavors are just right. It’s a tight but delicate crumb.

Then there’s the filling. It’s a chocolate ganache spiked with Irish cream. I just love filled cupcakes, it’s such a nice surprise inside. Plus it really elevates the chocolate flavor. 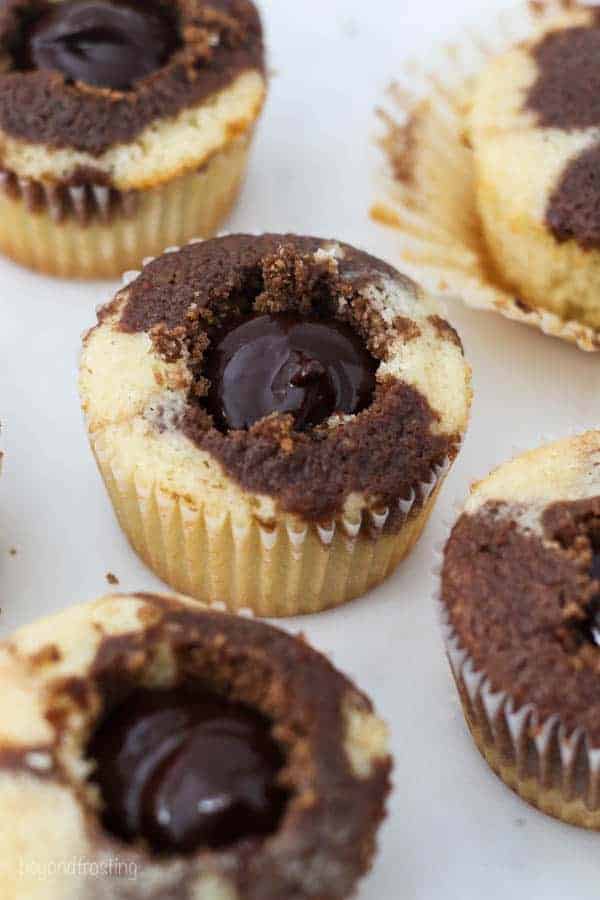 For the frosting, I’ve made my Best Chocolate Frosting and then swapped out some of the heavy whipping cream for the Baileys. It’s a subtle difference, but worth it.

Let me walk you through some of the details of these cupcakes. If it seems like it’s complicated, I promise you that it’s much easier than you think!

How to make the marbled cupcakes 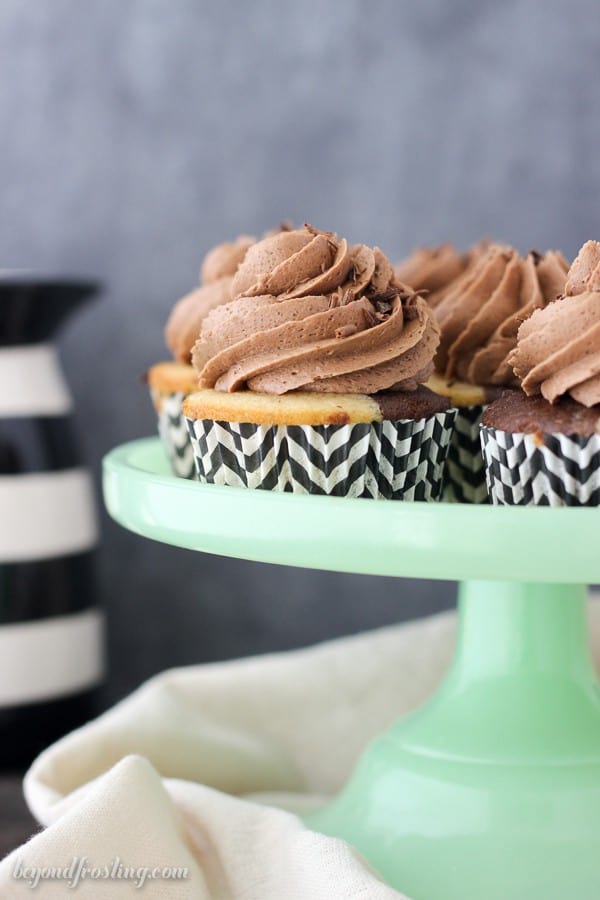 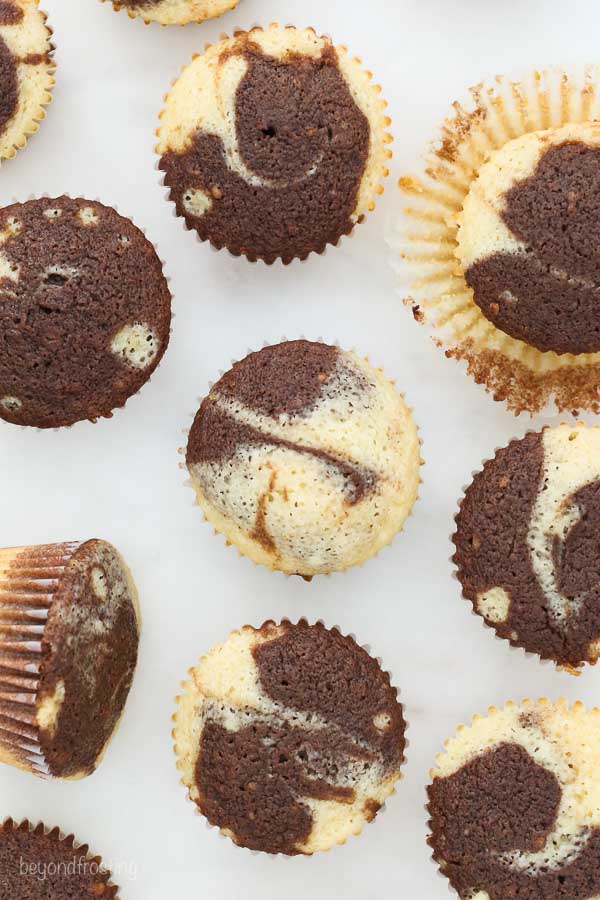 You can either place the chocolate together with the heavy whipping cream in the microwave. I always microwave at 50% power to slowly heat up the chocolate and prevent it from burning.

Or you can heat the heavy cream and then pour it over the chocolate. I find that sometimes it’s not warm enough to fully melt the chocolate, so I end up microwaving them together after the fact.

Either way, you want to achieve a very smooth finish. Once your chocolate is melted and completely smooth, then you’ll stir in the Baileys. 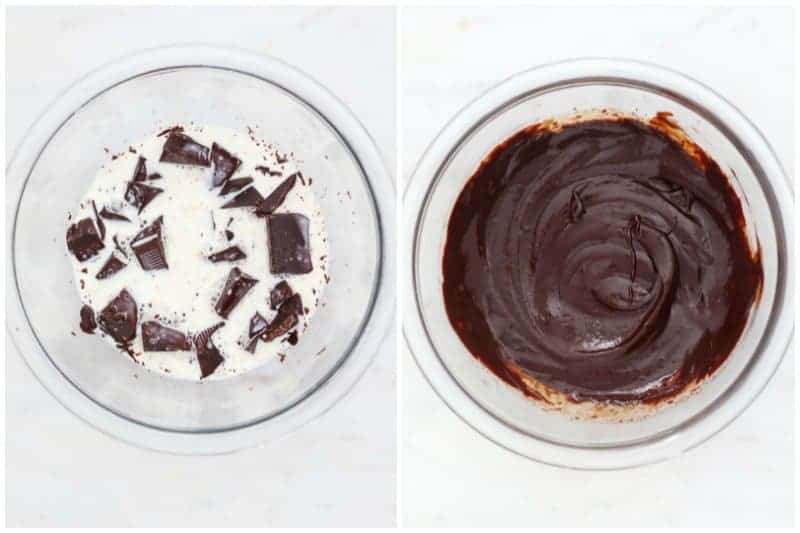 When it comes to filling cupcakes, I always turn to my trusty Cupcake Corer. It works in 95% of scenarios. The other 5% of the time, you might want a smaller hole in the middle of the cupcake.

Regardless, always use the smaller size of the corer (it comes with two sizes). The large size is too big for standard cupcakes. Sometimes with moist cupcakes you’ll need to wipe off the corer each time which can be kind of a pain if I’m being honest, but I like the consistency of it and it’s easy to use.

Alternatives to the corer could be simply cutting out the center with a knife or melon baller (but I think a knife is much easier). 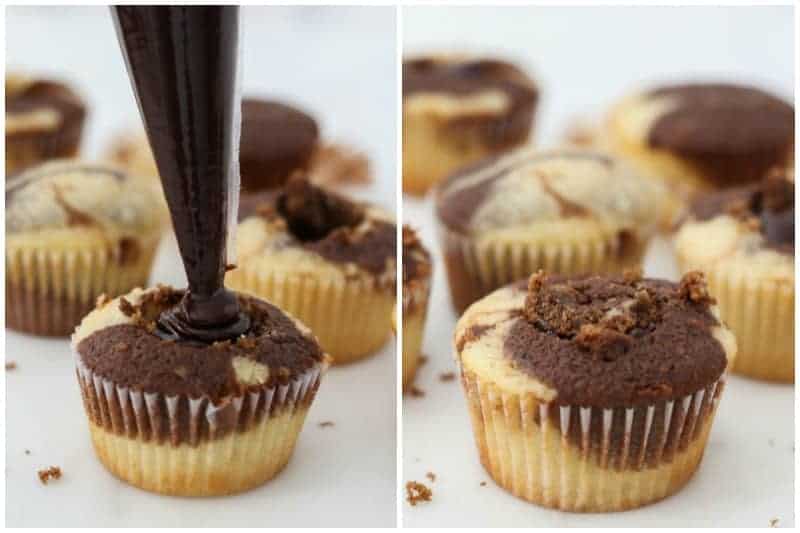 Finally, you’ll prepare the chocolate frosting, frost these cupcakes and dig in!! If you’d like you can also add some chocolate shavings or sprinkles on top.

You’ll love the combination of vanilla and chocolate cupcakes with the decadent ganache filling and smooth chocolate frosting to finish it off. There’s plenty of Baileys Irish Cream to go around in these cupcakes. 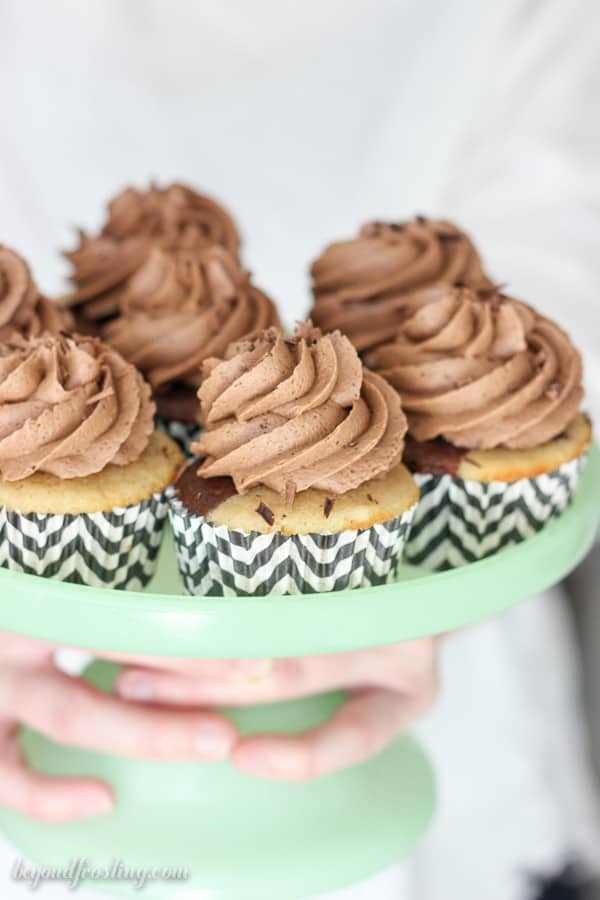 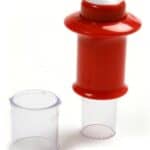