This No-Bake Banana Dulce De Leche Mousse Cake is layers of dulce de leche mousse and fresh sliced bananas under a layer of banana pudding mousse with a Nilla wafer crust and whipped cream on top. 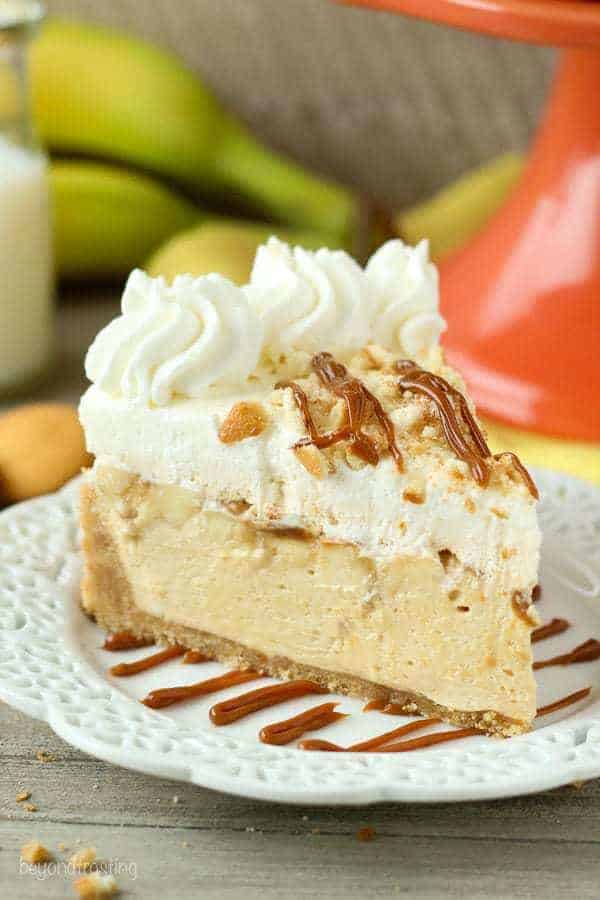 I’ve been a little absent lately but for good reason! Besides being incredibly busy at work this month, I’ve been taking some more time to enjoy my summer with family and friends. It’s crazy to think that Labor Day is just a few short weeks away, and I don’t like that at all!

A couple weekends ago, I spent a two short days down in San Diego. My father flew out from Vermont because my brother won tickets to an Angels game. Since we’re lifelong Red Sox fans, they picked a game when the Sox were playing the Angels.

Unfortunately, the Red Sox lost, and I swear on my life every time I’ve gone to a game in the past few years, they have lost. What gives, man? 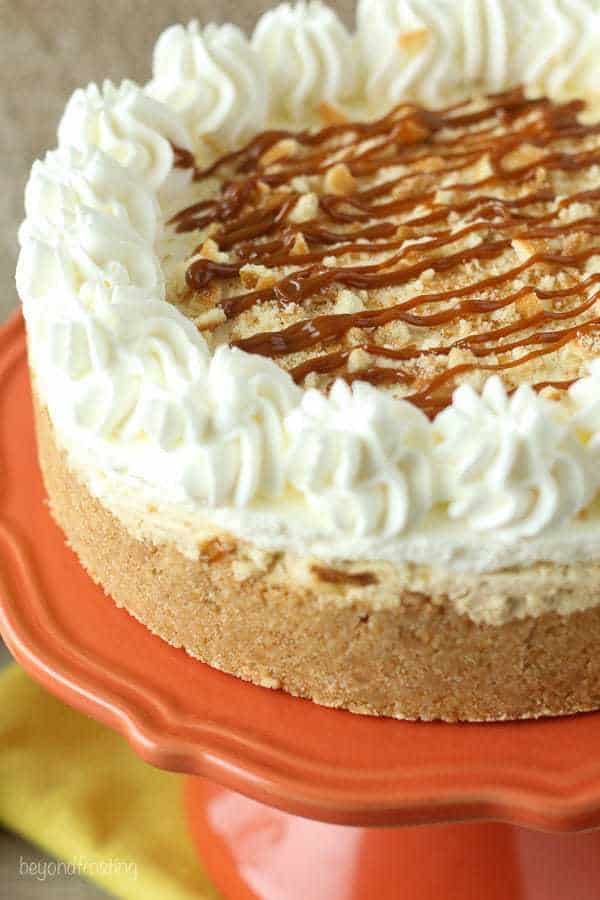 The day after I got back to Oregon, my fiancé’s sister came to spend a few days with us. This is the first time we’ve hosted anyone from his family since we moved, so I wanted to be sure she had a good time.

Despite being busy at work, I did get to spend some time with them. We enjoyed meals at a couple of new restaurants we have not tried; it was the perfect excuse to go out to eat. We also took her to a few of our most favorite, and well-known Portland spots.  We were stuffed ourselves full of food for a few days straight.

It’s a good thing that I didn’t have any plans to bake this past weekend, because there was no room left for dessert, even ones as good as this No-Bake Banana Dulce De Leche Mousse Cake. 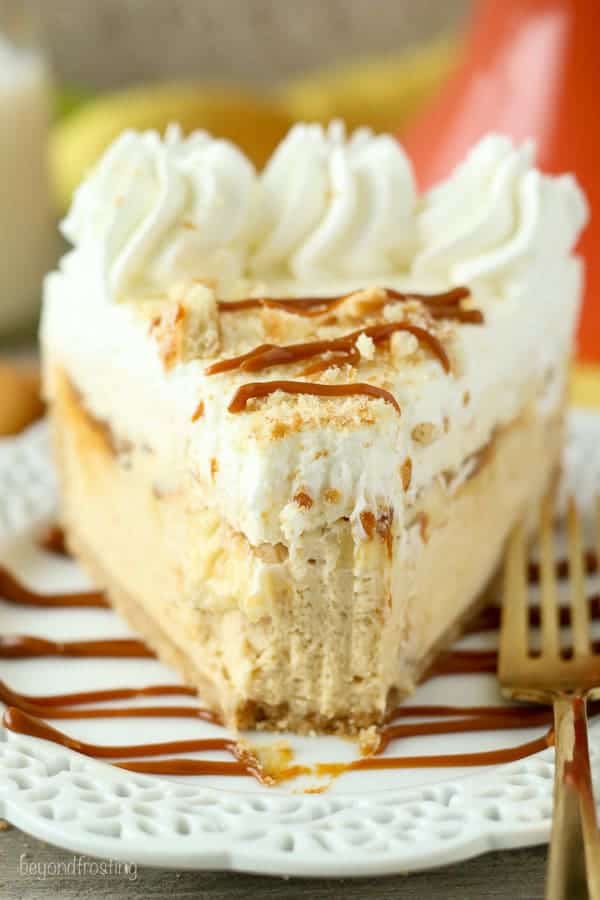 I don’t use the term “swooning” very lightly. So, when I tell you that I am absolutely swooning over this mousse cake, you have to take my word for it. This cake is layers of dulce de leche mousse and fresh sliced bananas under a layer of banana pudding mousse with a Nilla wafer crust and whipped cream on top.

This dessert is sweet yet not too rich. The dulce de leche is evenly balanced out with some cream cheese which you don’t really taste, but it helps cut the sweetness in the mousse. It also has some melted white chocolate which gives the mousse a subtle richness. The dulce de leche mousse is incredibly silky and just melts in your mouth. 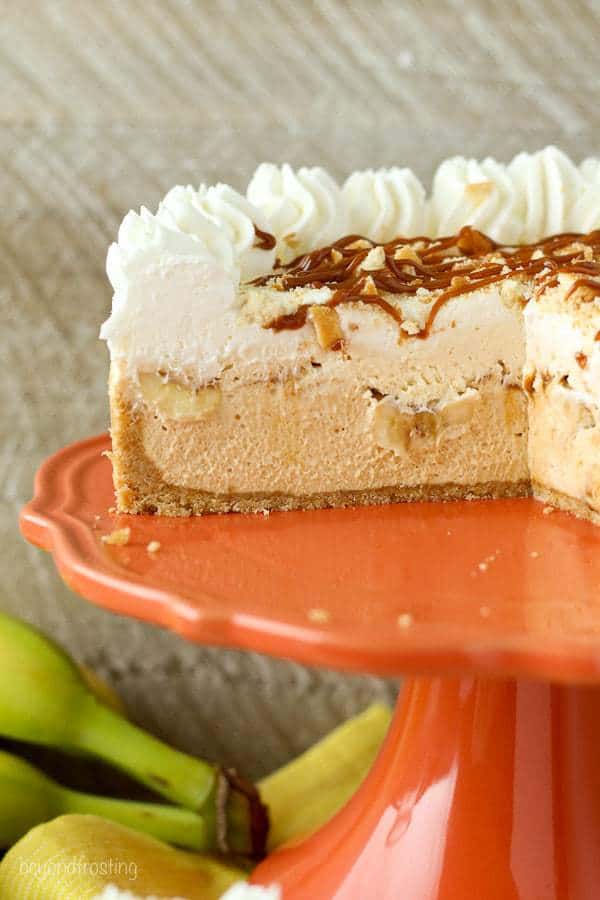 Dulce de leche can be an expensive ingredient, but I know you can make it yourself or if you live near Trader Joe’s, they sell small jars there for pretty cheap! It’s one of those ingredients I usually go there for specifically. You’ll need some for the filling and then a little bit to drizzle on the top.

Over top of the dulce de leche mousse is a layer of fresh sliced bananas and a banana pudding mousse. The mousse is made with heavy whipping cream and instant banana pudding. As soon as you add the pudding mix to the whipped cream, it gets pretty thick; thicker than any whipped cream you’ve had. It is a nice complement to the fresh sliced bananas and just intensifies the flavor.

The final layer is fresh whipped cream smothered with ducle de leche and crushed vanilla wafers to finish it off. You really can’t go wrong with a dessert like this. 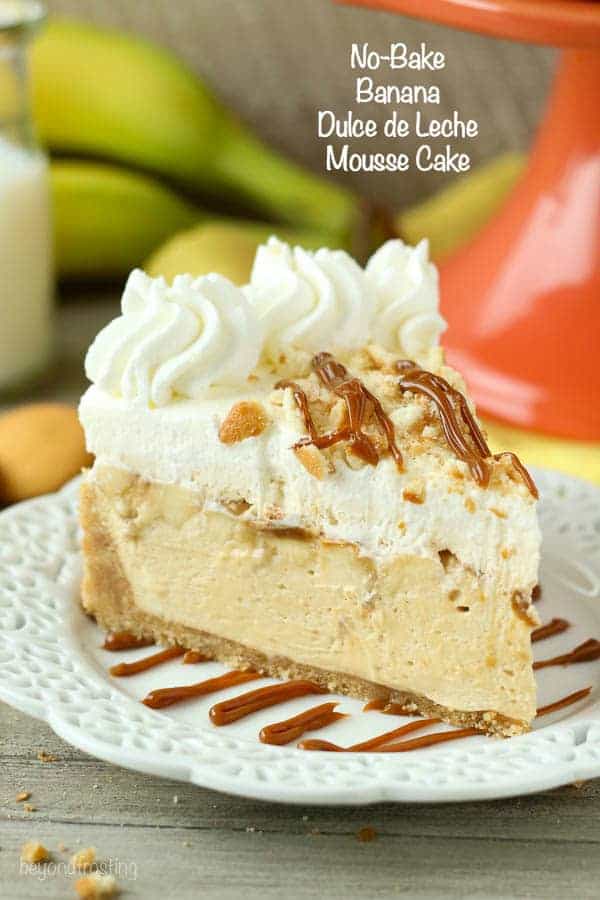 This cake is layers of dulce de leche mousse and fresh sliced bananas under a layer of banana pudding mousse with a Nilla wafer crust and whipped cream on top.

For the pudding layer:

For the whipped topping:

I prefer using cake collars with my springform pan which helps achieve those nice smooth edges. Parchment paper works but can be hard to keep in place. Saran wrap will also work. 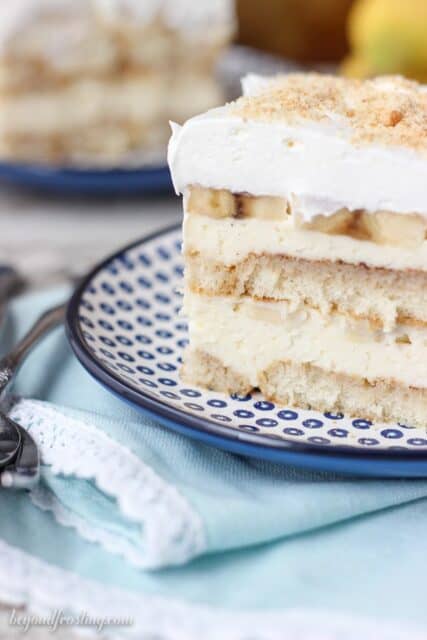 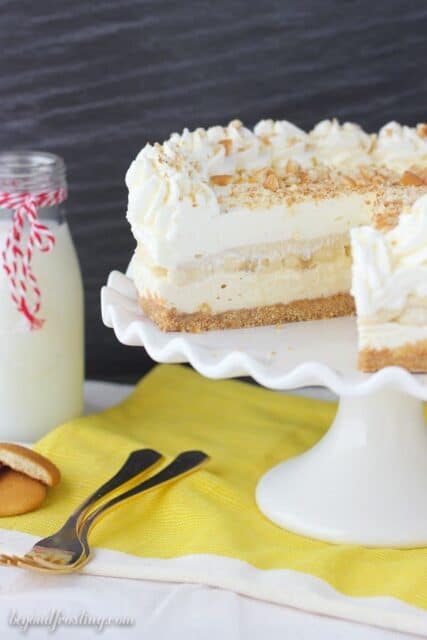