This Peppermint Bark Cheesecake Brownie is pretty much dessert bliss if you like peppermint. The bottom layer is a fudgy brownie and it topped with a peppermint bark cheesecake that will knock your socks off. 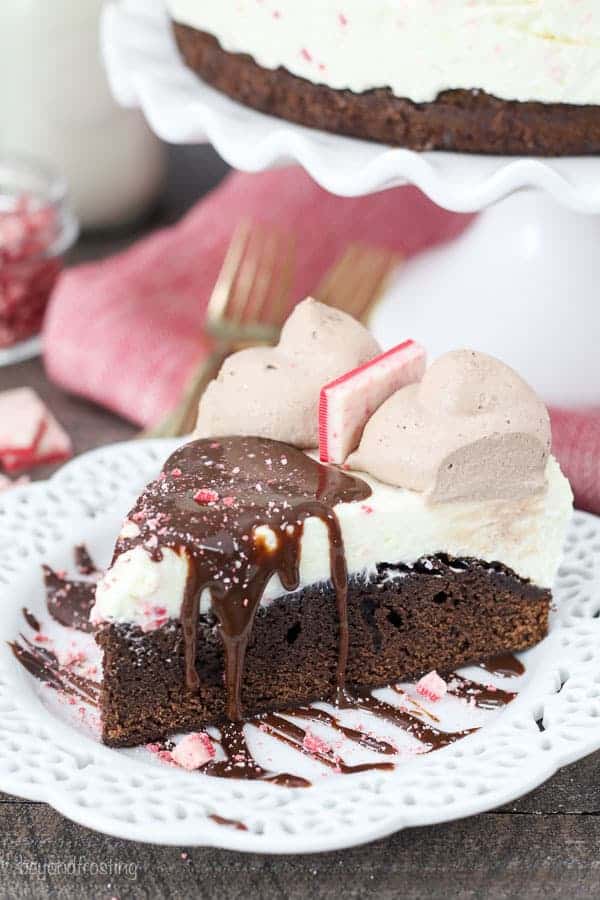 Well yesterday was my first day snowboarding in the 2017/2018 season. We were in Bend this past weekend getting some stuff done for our wedding and made sure we saved a day to go to the Mt. Bachelor. Neither one of us have ever snowboarded there but we plan to go back after the wedding for couple days so let’s say we were just doing some research.

It was a snowy day with plenty of powder turns. Coming off a badly sprained foot a few weeks ago, I wasn’t sure I’d be able to ride much, but I muscled through it for a few hours and had a ton of fun! These are the days we live for. 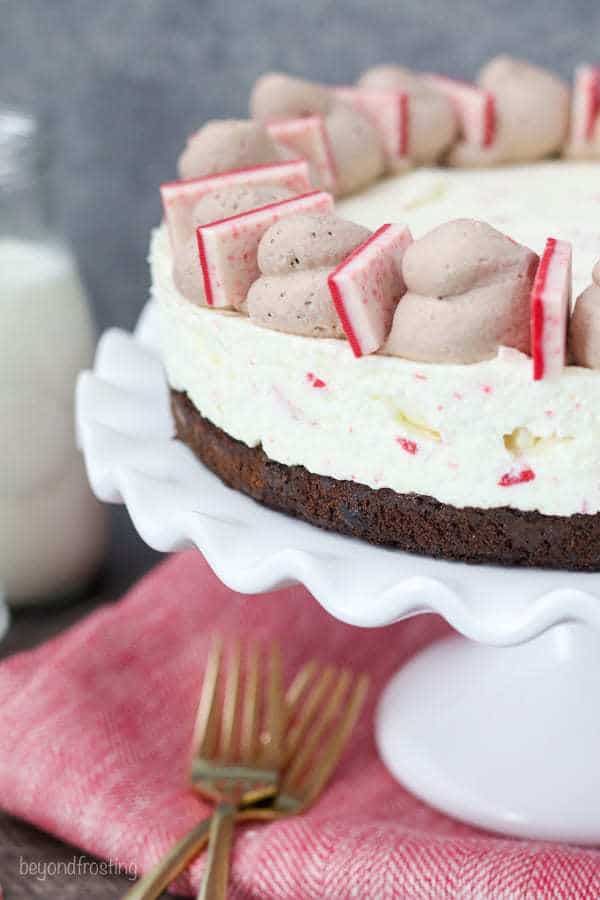 December is going to go by very quickly. We’re heading to Phoenix this week for my little brother’s wedding! It’s super exciting and I know I’m going to be a teary mess. No matter what, I will always think of my brother as 5 years old. He’s accomplished so much, and I seriously cannot wait until this weekend.

With Christmas right around the corner I though you might need some new peppermint desserts to spice up your routine.

This Peppermint Bark Cheesecake Brownie is pretty much dessert bliss if you like peppermint. The bottom layer is a fudgy brownie and it topped with a no-bake peppermint bark cheesecake that will knock your socks off. 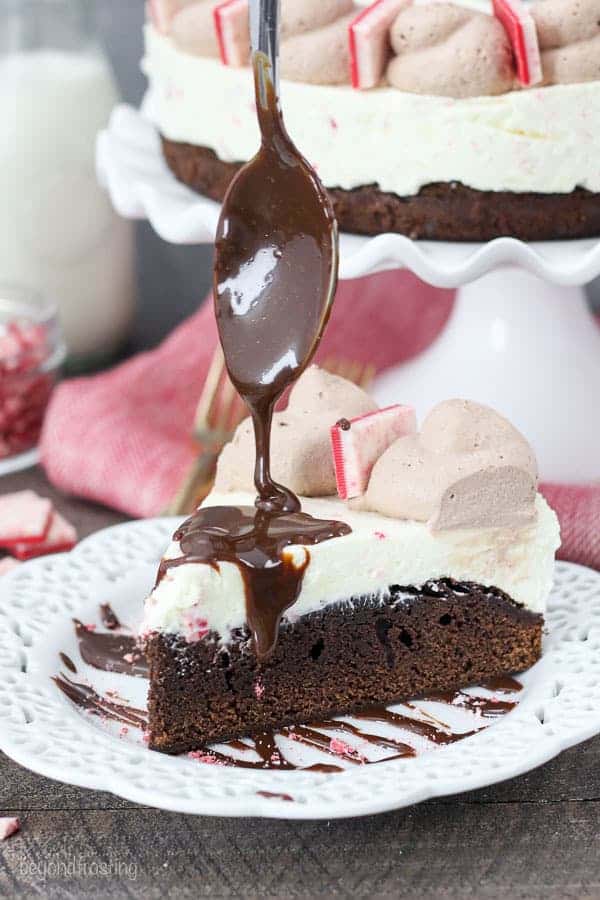 Okay I promise this is the last Brownie Mousse Cake for 2017, I know there was a lot but once you find something you love, it’s really difficult not to do 3000 variations of it. Did you see the Caramel Hot Chocolate Brownie one I made last week? Nom nom nom.

For the brownie, you can grab a boxed mix, or make them homemade, you just need to make them in a 9-inch spring form pan. If you don’t have one of them you can use a 9-inch square or round pan, but I would plan on slicing these as bars from the pan instead. 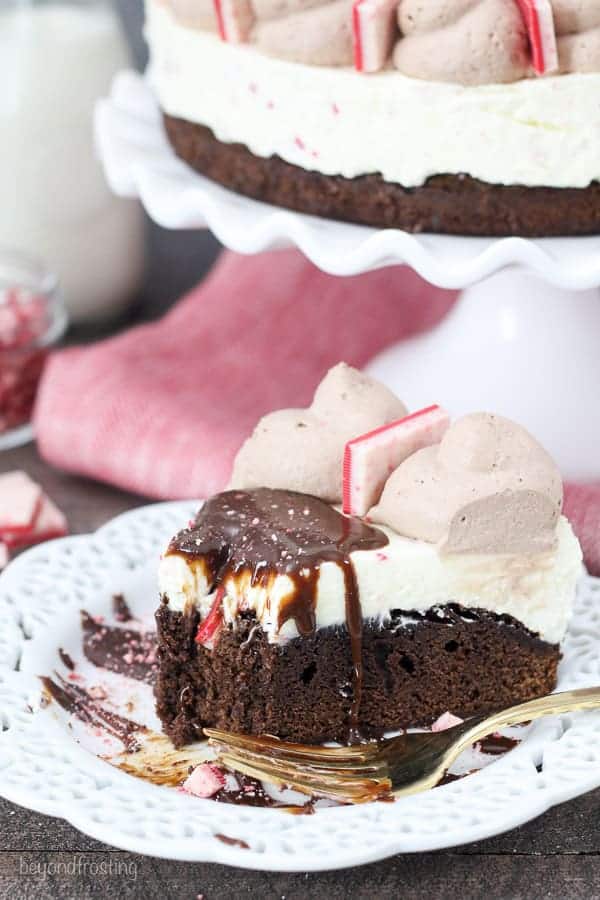 To top off this dessert, I made a small batch of hot chocolate whipped cream.  When it’s ready to serve, I drizzled it with a huge scoop of hot fudge sauce and garnished it with some crushed peppermint baking chips.

Between the brownie, the peppermint cheesecake and the hot chocolate whipped cream, there are so many holiday flavors to be enjoyed in just one bite! 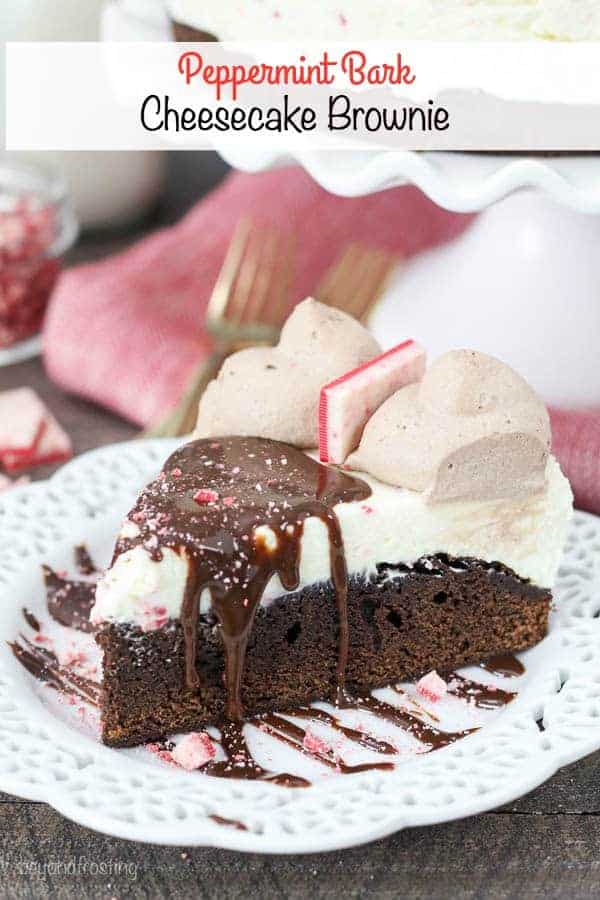 This Peppermint Bark Cheesecake Brownie is pretty much dessert bliss if you like peppermint. The bottom layer is a fudgy brownie and it topped with a peppermint bark cheesecake that will knock your socks off.

For the cheesecake filling: 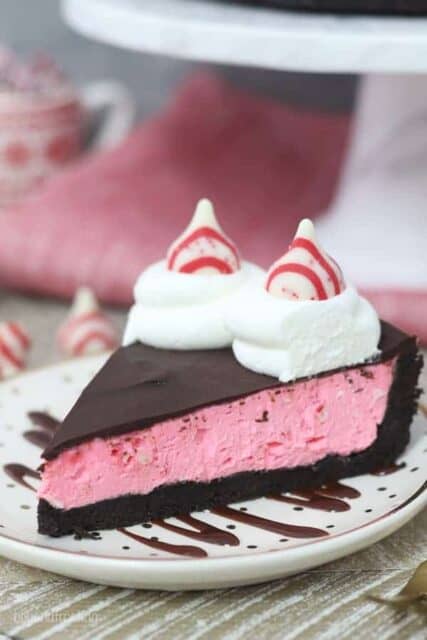 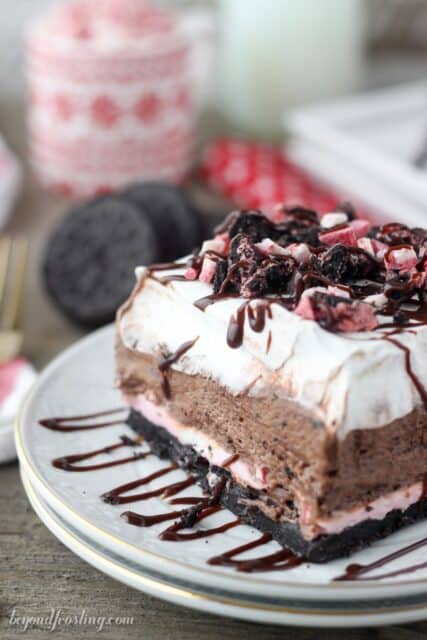