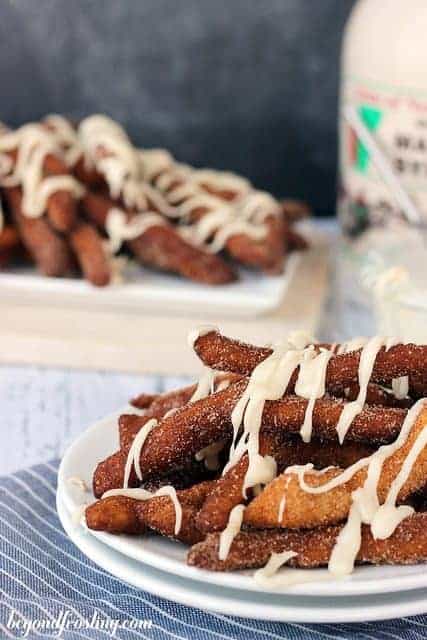 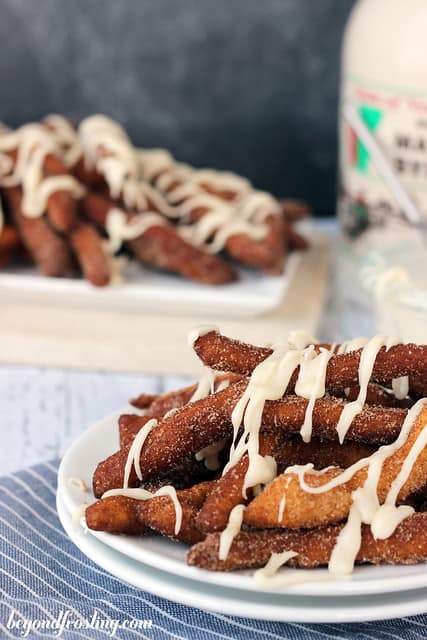 Am I the only one who is intimidated to make donuts from scratch at home? Not the cake-like donuts, but the real deep-fried yeast donuts. One day I will get that done, but in the meantime, I will stick with my best friend, Pillsbury, to make donuts. That’s right. Pillsbury Grands Biscuits make for some pretty awesome donuts.

These Cinnamon Sugar Donut Fries are the update to my other good friend, Maple Bacon Donut Fries.  The donuts are deep-fried in oil, coated in cinnamon sugar and drenched with a maple glaze. 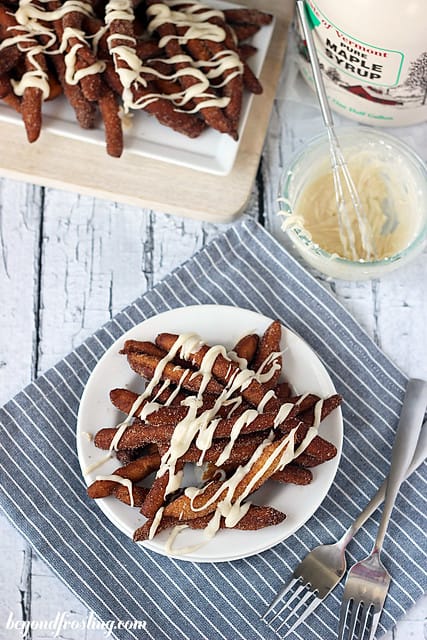 Let me tell you that eating donuts in the shape of French fries is so much more fun, and a little less guilty too. Making these donut fries is very simple! You can heat oil on the stove top using a candy thermometer, they are inexpensive but crucial for proper deep frying. Roll out each biscuit until flattened and cut into stripes with a pizza cutter. 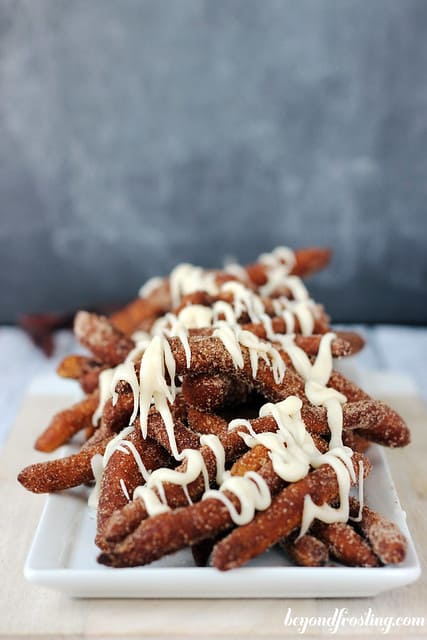 You drop each fry into the oil and cook for about 30 seconds on each side until light brown. I suggest allowing these to cool and drip off any excess oil before tossing in the cinnamon sugar mixture. I use two parts sugar to one part cinnamon.

The fries are covered with a brown butter maple glaze. I just couldn’t resist adding a bit of my favorite fall flavor, maple syrup! Of course, you can use a standard vanilla glaze if desired, but the maple is a perfect complement to the cinnamon sugar fries. Try serving these for breakfast or a late-night snack! 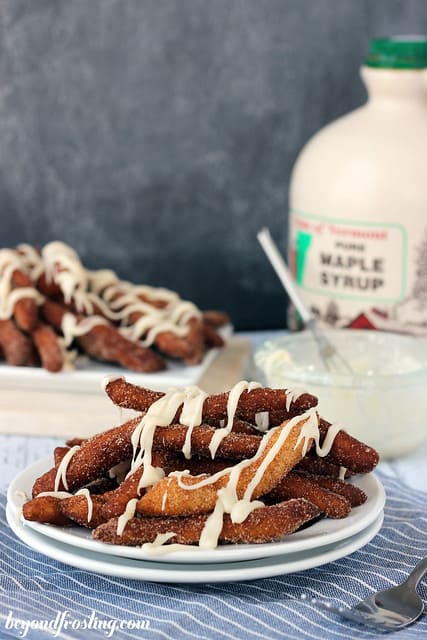 Donuts that are deep-fried in oil, coated in cinnamon sugar, and drenched with a sweet maple glaze.