A fun twist on a classic dessert, this No-Bake Tiramisu Cheesecake is layers of espresso and Kahlua soaked ladyfingers with a mascarpone mousse filled with chocolate covered espresso beans. It’s topped with a chocolate whipped cream. 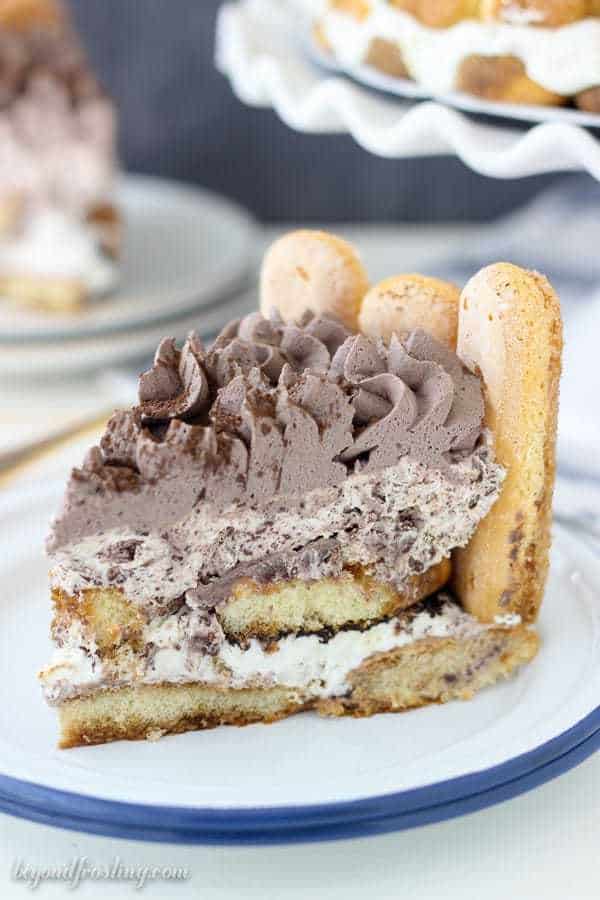 Oh my gosh, how I just LOVE Tiramisu, and I never knew what I was missing out on until a year or two ago. It wasn’t always a first choice in the pastry case when you have all those desserts staring back at you. Now I love to try different versions of the tiramisu at various restaurants that I go to. Well let’s face it, I always want to try dessert. I have seen so many fun versions of tiramisu. 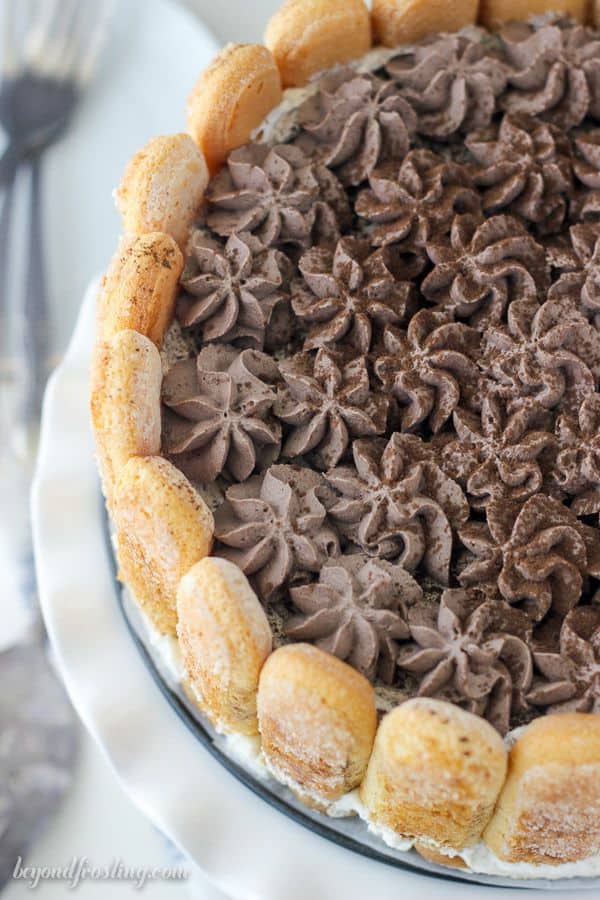 Since there less than a month left until the release of my cookbook, I’m loading up on all types of no-bake desserts to share with you. Plus it’s hotter than heck these days. By the way, I hope you guys don’t get sick of me talking about my cookbook. I’m seriously so excited to share it with you. Later this week I’ll be sharing a recap of my recent trip to QVC.

Okay, so No-Bake Tiramisu Cheesecake, I’ve seen different versions of this dessert and I wanted to put my own spin on it as well. 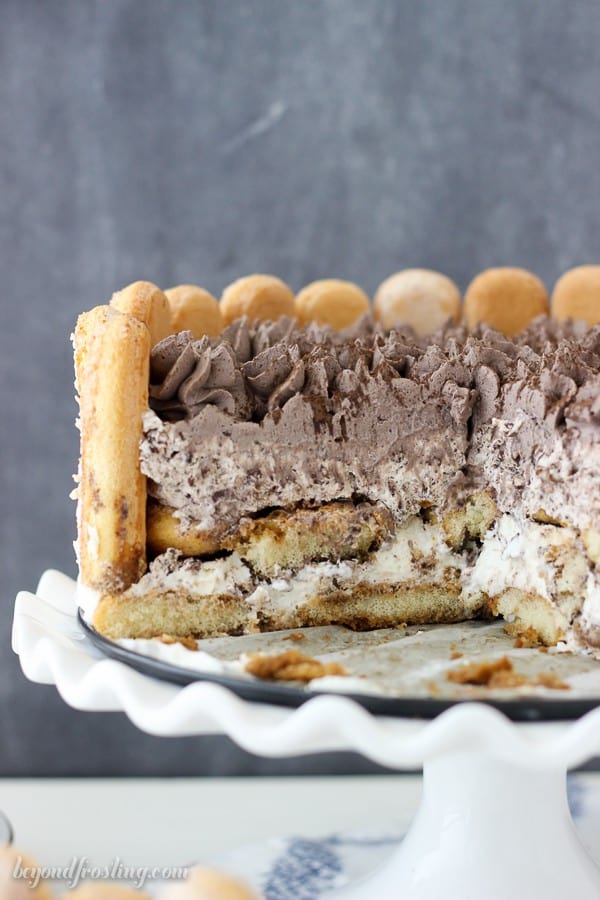 For the crust, I used ladyfingers that are brushed with a combination of strong brewed espresso and Kahlua, pretty typical. You’ll need to cut the ladyfingers to fit in the pan. I suggest to layout as many whole pieces as you can before cutting the smaller pieces.

Lay the bottom layer of ladyfingers before you place them along the edge of the pan. In fact, I put down a layer of mousse before I added the ladyfingers on the side.

It will take a bit of finesse to get the ladyfingers to stand up on the sides of the pan. To help with this, I cut the bottom edge off so it was flat. Oh, and don’t forget to line the pan with parchment paper. 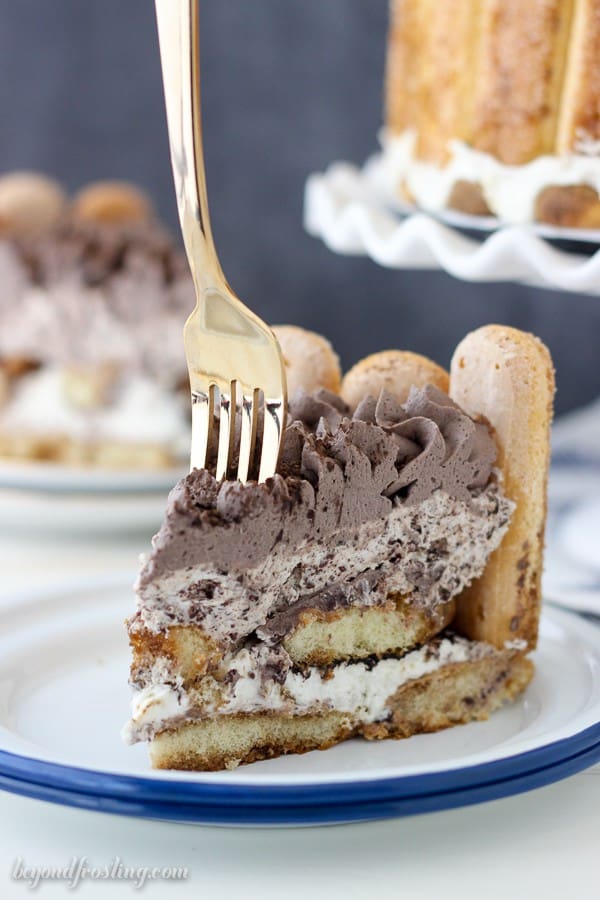 Then comes the filling. Traditional tiramisu contains egg yolks, but I prefer to make an eggless version which is basically a mascarpone whipped cream. It creates a more light and airy effect. And because I don’t like things to be to boring, I added some chopped pieces of chocolate covered espresso beans.

These little bits & pieces add that pop of flavor & bam, it wakes you right up! Since you don’t need much of the chocolate covered espresso beans, I try to find them cheaper at a store like Trader Joe’s or a bulk bin at a Whole Foods or something like that. I use a small nut grinder or a rolling pin to smash the beans into little pieces. 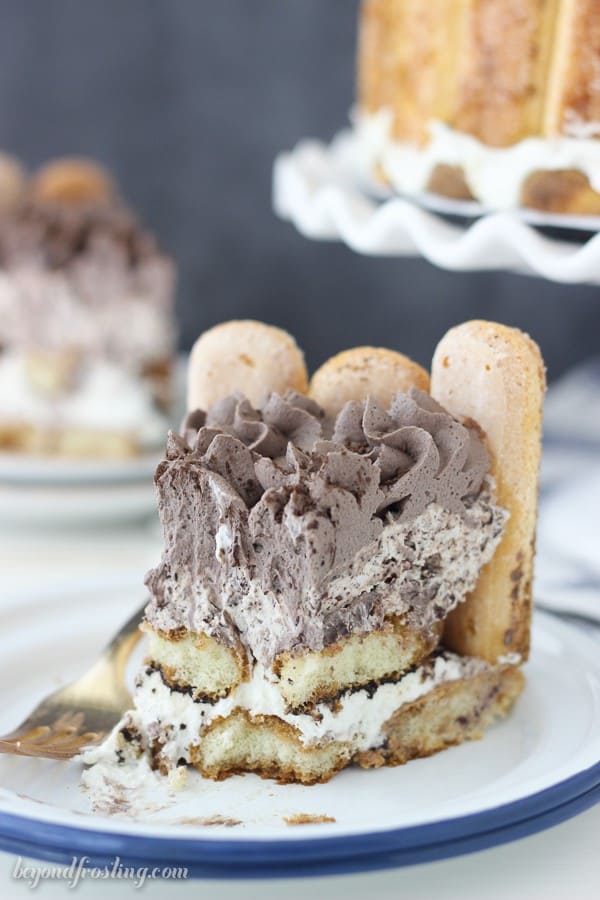 For the topping, I decided on a chocolate whipped cream because, hello, there isn’t enough chocolate in this dessert. I use a simple star tip to pipe the decorative top of this cheesecake and then dust it with cocoa powder. 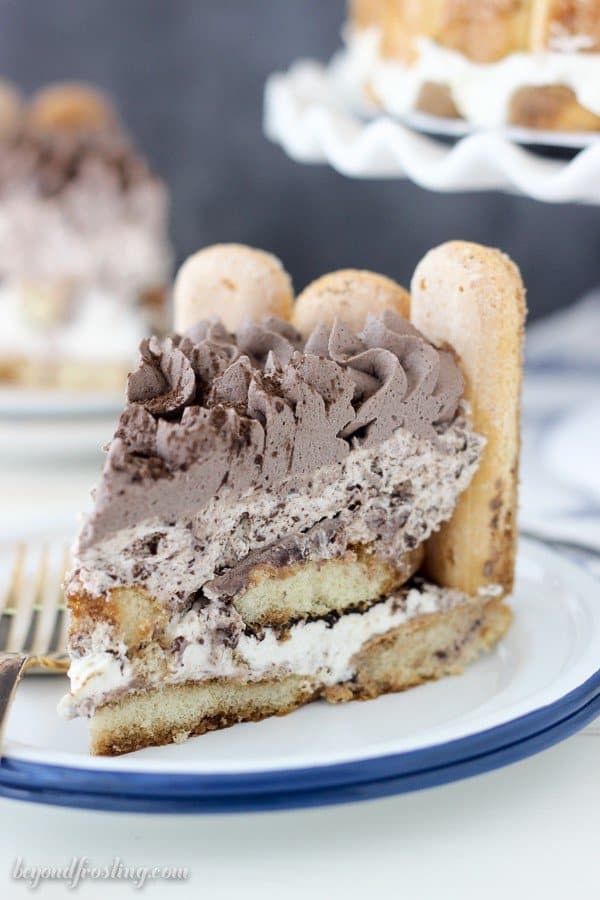 The longer you let this in the fridge, the better it becomes because all the flavors have time to soak together and the lady fingers get nice and soft. To cut into this dessert, a serrated knife works very well because the lady fingers tend to shift around a little bit. Don’t worry though, you don’t need a pretty slice to enjoy this cheesecake.

Don’t be intimated by this dessert. Slow down and read through the instructions before you start. Now go grab your springform pan and let’s get to work! 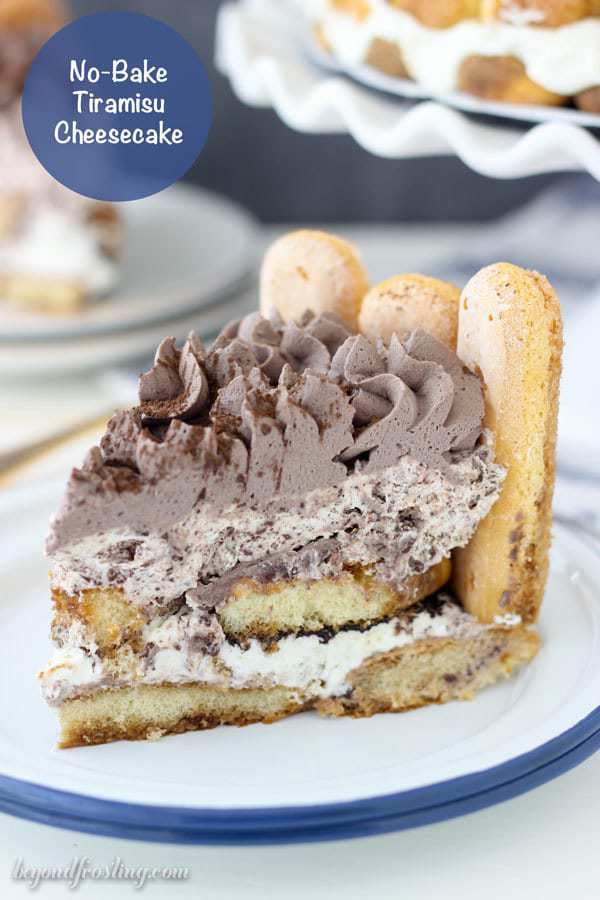 A fun twist on a classic dessert, this No-Bake Tiramisu Cheesecake I layers of espresso and Kahlua soaked ladyfingers with a mascarpone mousse filled with chocolate covered espresso beans. It’s topped with a chocolate whipped cream. 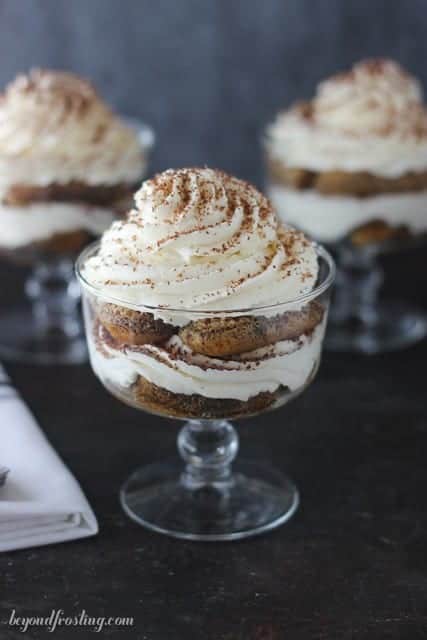 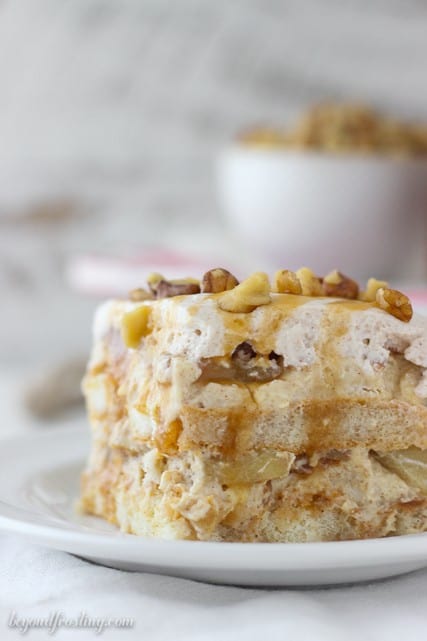 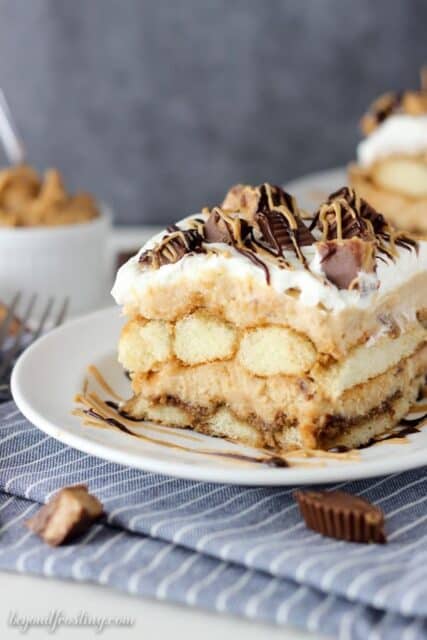 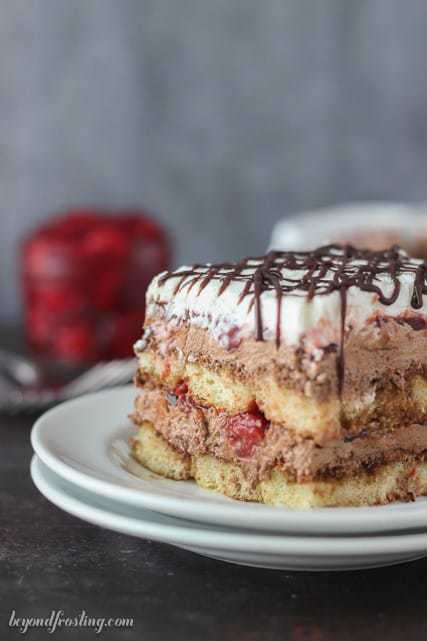 Fun Tiramisu recipes from my friends: