PIN THIS FOR LATER 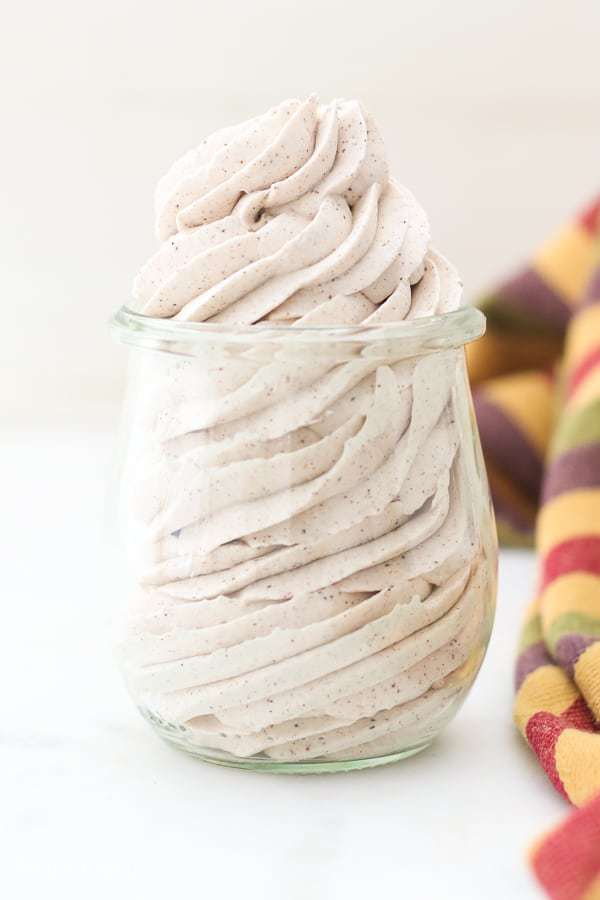 This amazing Cinnamon Maple Whipped Cream was one of the first whipped cream recipe I posted on my blog. It got two of my favorite fall flavors- cinnamon and pure maple syrup.

This makes a fantastic filling for a cupcake, frosting for a cake or what I like to do, eat it straight from the mixing bowl. I’ve also used it as toppings for no-bake desserts and pies.

Wouldn’t it be a fun twist to serve this on top of a pumpkin pie instead of cool whip? Seriously guys, this is so easy to make! 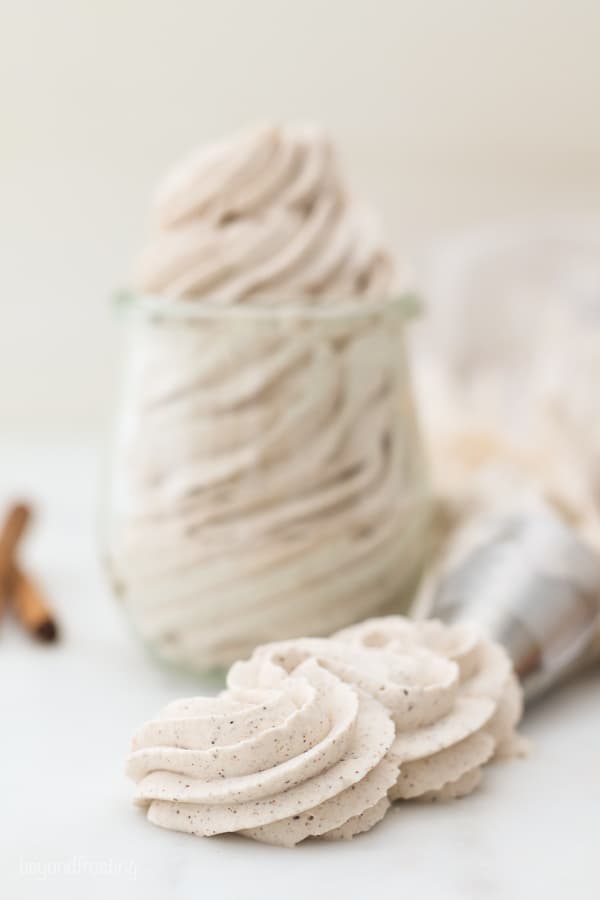 When I make homemade whipped cream, I always put my mixing bowl and whisk in the freezer. One time, I read that this helps to keep the heavy whipping cream colder while it is forming the stiff peaks. It makes a huge difference. 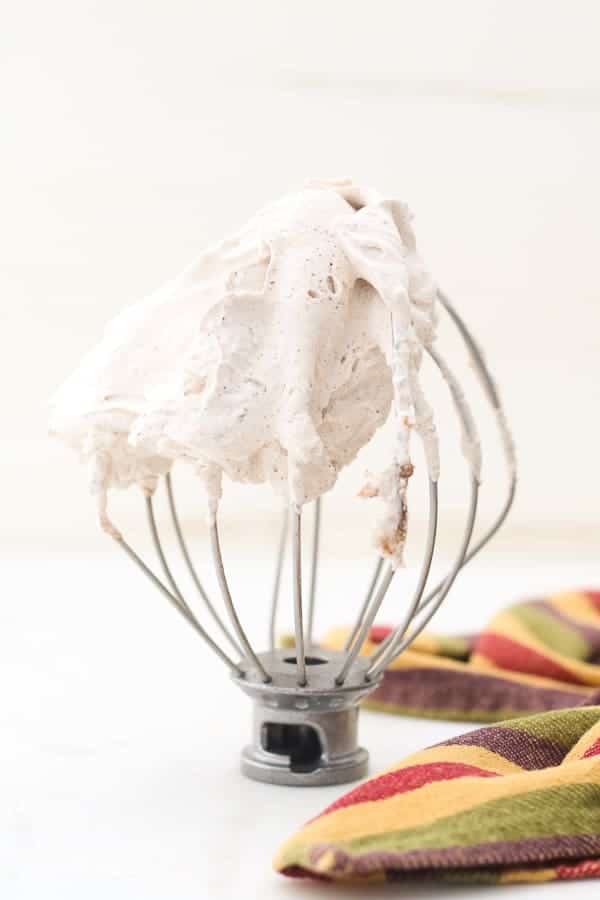 Can I make whipped cream ahead of time?

My opinion? Not so much. If I am making a no-bake dessert or pie, I always prefer to prepare the whipped cream just prior to serving or at least the same day that I am serving it. However, it can also be frozen if needed. I want the whipped cream to be fresh, and I find it’s more stable at this point.

However, if you don’t have time and you need to make the whipped cream the night before serving, I suggest piping it onto your dessert at that time as opposed to leaving it in a bowl overnight.

Can I make whipped cream without a stand mixer?

Yes, you can prepare this using a hand mixer. However, I find the hand mixer cannot achieve the same stiff peaks as a stand mixer, but it still does the job.

If you’re using a hand mixer, I suggest using your spatula to turn the whipped cream from the bottom to the top and continue mixing to ensure it’s evenly mixed. I’ve also heard whipped cream can be made in an immersion blender, but I have never tried it myself. 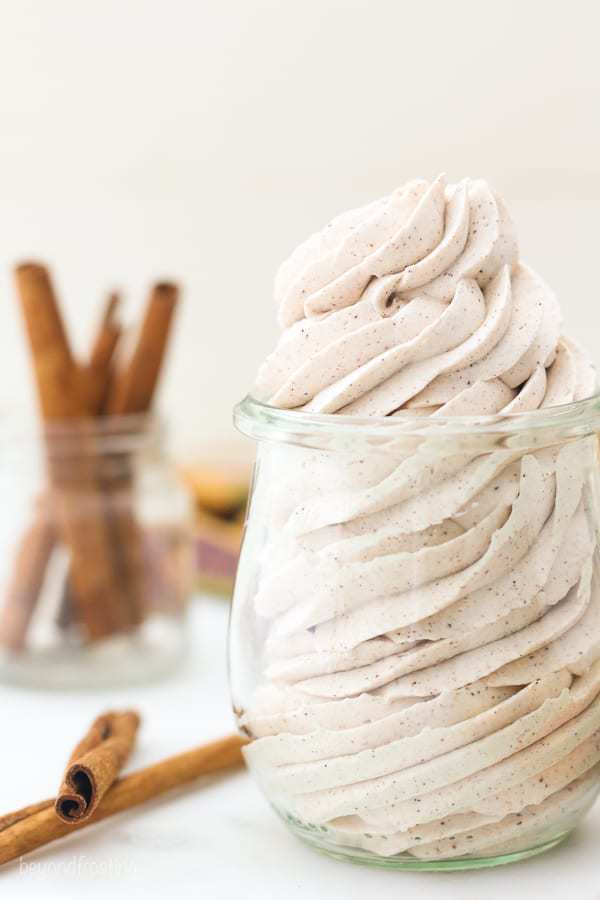 Recipes you can make with Cinnamon Maple Whipped Cream: 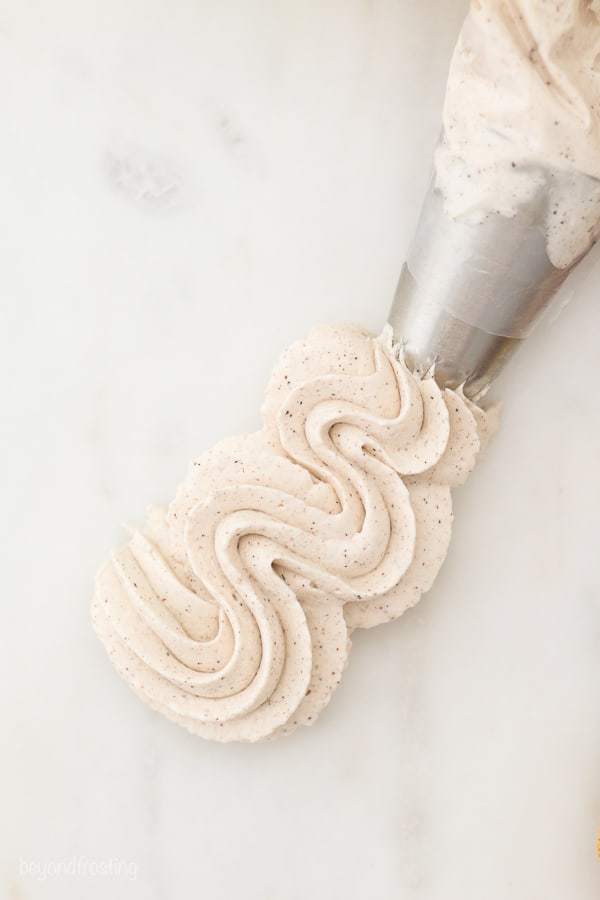