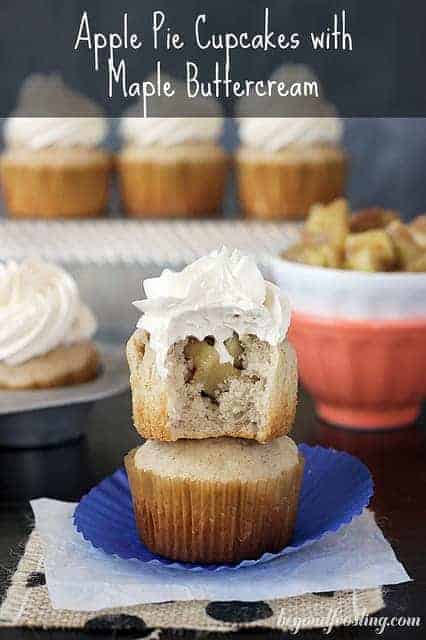 I have been making Apple Pie Cupcakes for the past couple of years; experimenting with different combinations of cupcakes, fillings and frosting. Well I finally found the perfect combination and it involves a Maple Swiss Meringue Buttercream. 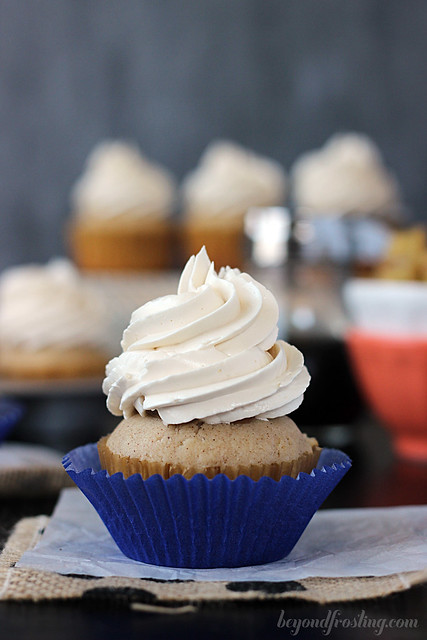 I am infatuated with maple syrup, real maple syrup, none of that Aunt Jemima stuff. Whenever I am running low on maple syrup, I just pick of the phone and ask my Dad to send me a fresh batch from Vermont. I am maple syrup spoiled. 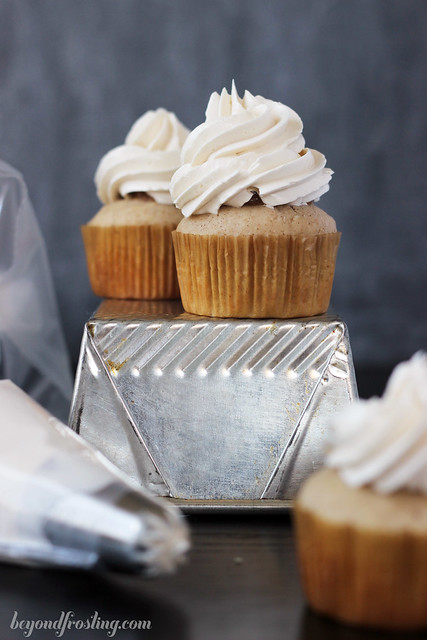 These cupcakes are filled with a fresh apple pie filling. Last weekend, I made so many apple desserts that I went through a Costco sized bag of apples. It was non stop apple pie filling all weekend. My apple pie filling is down right awesome I must say. I add a bit of maple syrup to my filling obviously and quite a bit of cinnamon.  Then I slowly cook the apples on the stove top until soft. 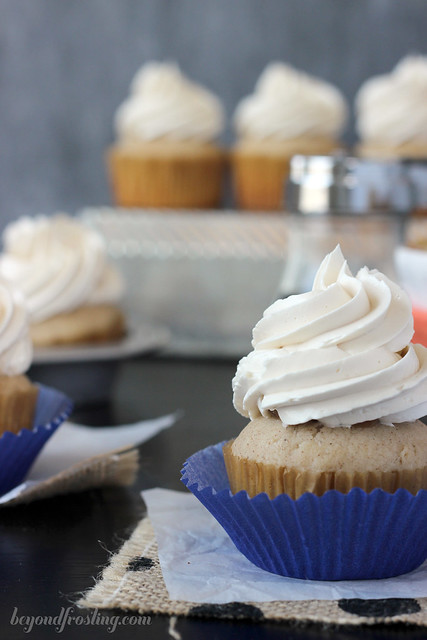 The cupcakes are a “doctored up” cake mix. Now before you roll your eyes, hear me out.  I appreciate a GOOD homemade cupcake  of course, but cake mixes with a few additions make for an amazing cupcake. I also use sour cream, which helps keep them soft and moist for a couple days.  In addition, I use vanilla pudding mix for flavor purposes and lots of cinnamon.  If you are looking for a homemade cupcake recipe for these, might I suggest this one. 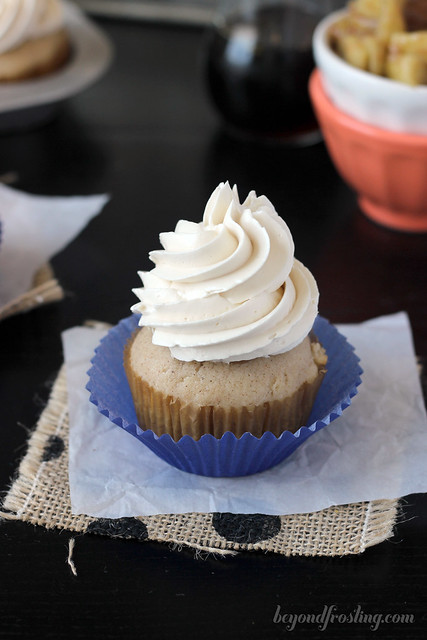 Once the cupcakes are cooled, you hollow them out and fill them with the apple pie filling. I use my Norpro Cupcake Corer. You can use a melon baller, a spoon or a knife, but I just LOVE the ease of my cupcake corer. It makes it incredibly fast and easy for filling cupcakes. 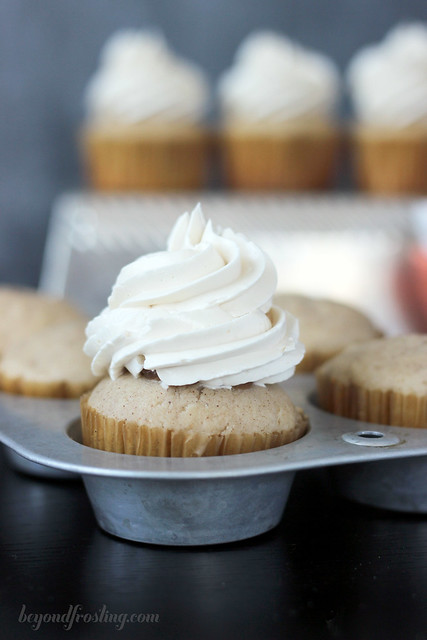 Now this frosting is where it’s at. This is a Swiss meringue buttercream, which is made from egg whites, granulated sugar and quite a bit of butter. This frosting can be intimidating for some, because you have to heat the egg whites and then beat them for what seems like forever.

Before you attempt to make this, I highly suggest purchasing a candy thermometer. You can pick one up at Target for $10 or order it from Amazon, I use this Candy Thermometer

. For this recipe, you need to heat the maple syrup in the microwave and then slowly add it to the mixing bowl. The results are a lightly sweetened frosting. It’s not an over baring maple flavor, which is what I like about it. 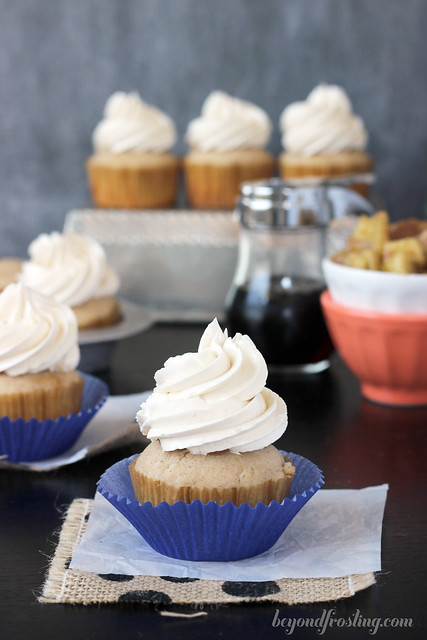 When making Swiss meringue buttercream, it is important to use grease-free utensils like spatulas and glass storage containers. Glass doesn’t retain grease after washing. I keep a separate set of utensils for meringue based recipes. If you have never made a Swiss meringue buttercream, make sure you read through all my tips and tricks for how to make Swiss Meringue Buttercream first! It has all kinds of tips and tricks to help you along.

The ingredients list is pretty long and there are a lot of instruction, but don’t be scared. You can make these and the reward is worth it! I served these at work for a birthday last week and they got rave reviews. Cheers to apple season! 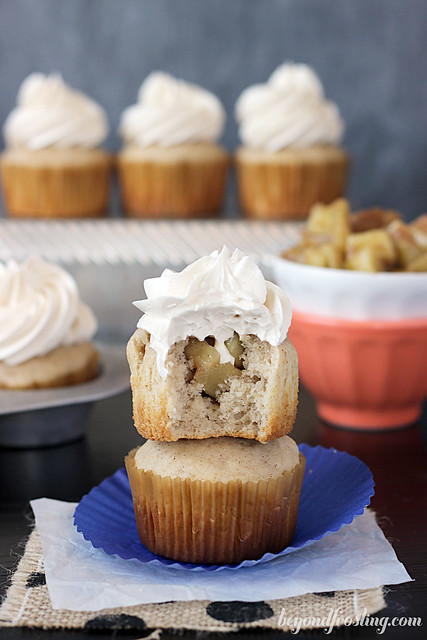 Inside out Apple Pie from Diethood

Inside out Apple Fritters from Something Swanky 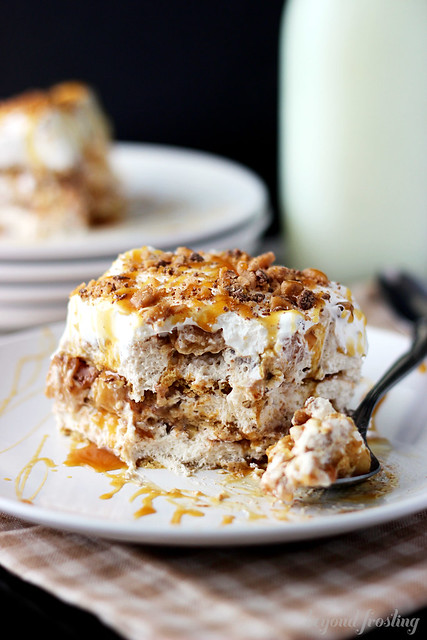 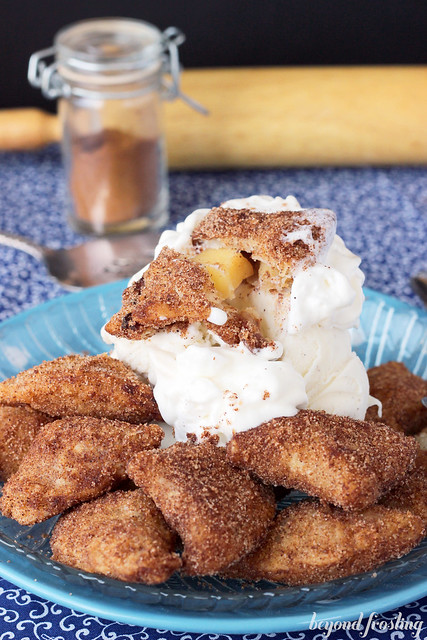 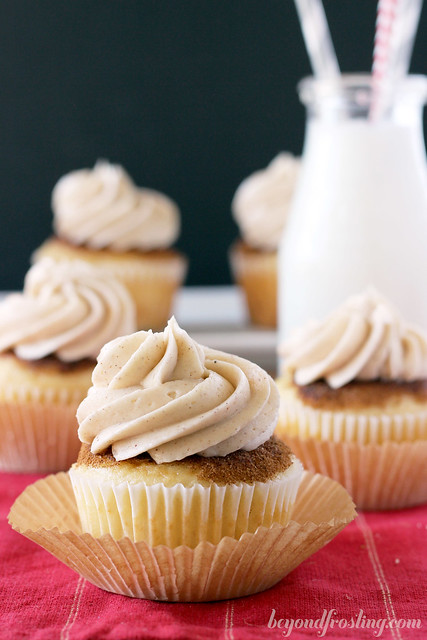 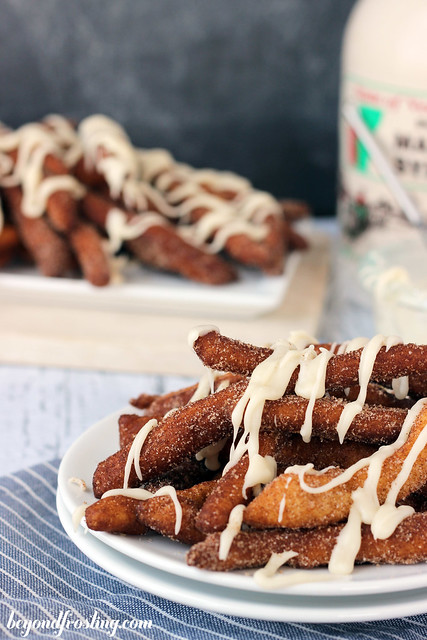