This easy Maple Apple Pie Pull Apart Bread is quick to throw together and loaded with your favorite fall flavors: apple pie, cinnamon and maple syrup. 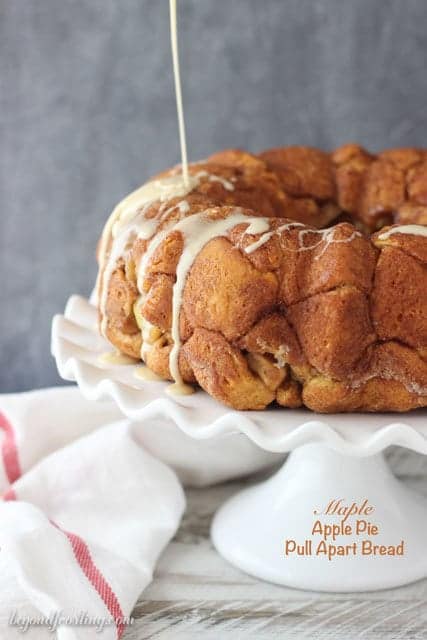 Generally speaking, my weekends consist of lots and lots of baking and photographing. Occasionally I will ask my boyfriend for his input on what I am doing. This weekend led to a debate whether or not birthday cake is an actual flavor. He wasn’t having it and I could not understand his logic. Of course birthday cake is a flavor! Funfetti, cake batter, birthday cake- all the same to me. Overtime I mentioned the birthday cake dessert I was making, he was all, “what?” that’s not a thing. This debate will have to be continued. 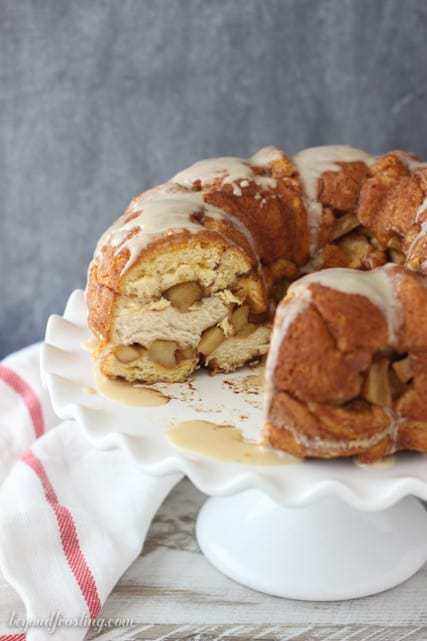 Last week I told you all about my apple extravaganza where I peeled about half a million apples and made nearly 6 or 7 pounds of filling. Now I will start giving you guys a peek at what I have been making with all that apple pie filling.

This Apple Pie Pull Apart Bread was first on the list. It’s a simple pull apart bread layered with apple pie filling and drenched in a maple glaze. 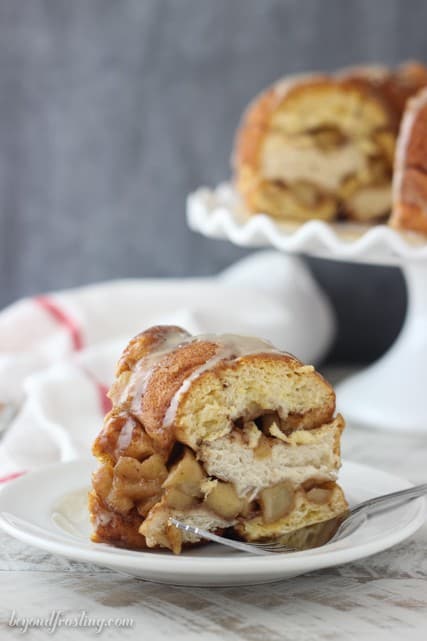 I love a good pull apart bread. I use a pre-made biscuit dough, which allows this to come together without a lot of fuss. The biscuits for this bread are rolled in cinnamon and sugar, making each bite just as mouthwatering as the next.

Instead of wrapping the pie filling with biscuits, I decided to layer it this bread like a cake. First I laid down a layer of dough, and then a layer of filling, another layer of dough, a second layer of apple filling and the final layer of biscuits. One thing to note about the biscuits, is that it is best to use a homestyle biscuit (without extra flaky layers, or butter or any of that other fancy stuff). 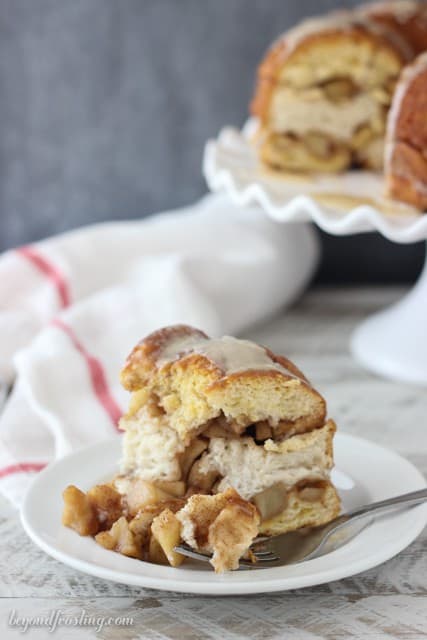 The key to baking this in a bundt pan is to ensure the pan is very well greased and floured, in which case, the bread will nicely release from the pan. It is also a good idea for you to let the juices settle for a good 15-20 minutes after removing the pan from the oven. The juices will help hold everything together.

One of my favorite parts is the maple glaze. It is so easy and made with maple syrup, milk and powdered sugar. You can make it as thin or as thick as you would like by adding more milk or more powdered sugar. I like to glaze right before serving so it’s nice and fresh. 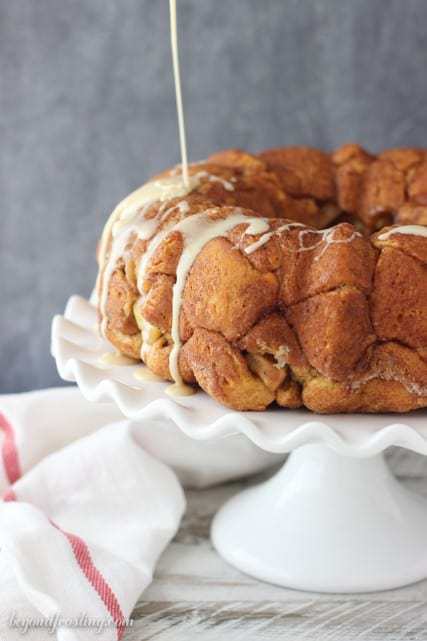 This makes a great breakfast for any occasion. You can make up the night before and reheat in the morning, or you can throw this together or a Sunday brunch. 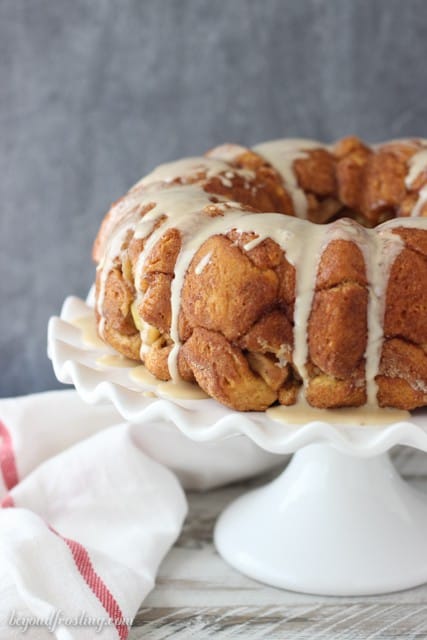 This easy Maple Apple Pie Pull Apart Bread is quick to throw together and loaded with your favorite fall flavors: apple pie, cinnamon and maple syrup.

For the glaze, you can make it as thin or as thick as you would like by adding more milk or more powdered sugar. optional- add your favorite nuts! 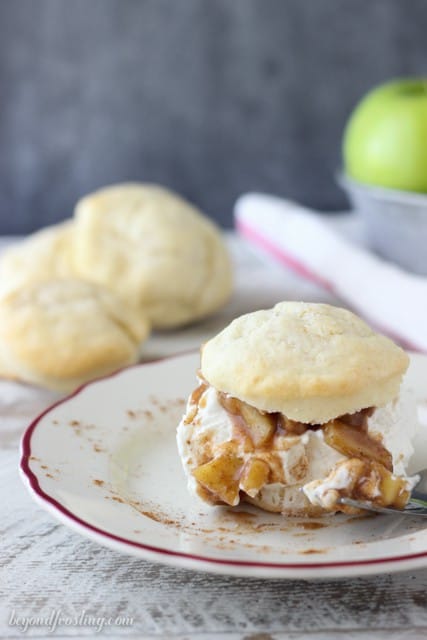 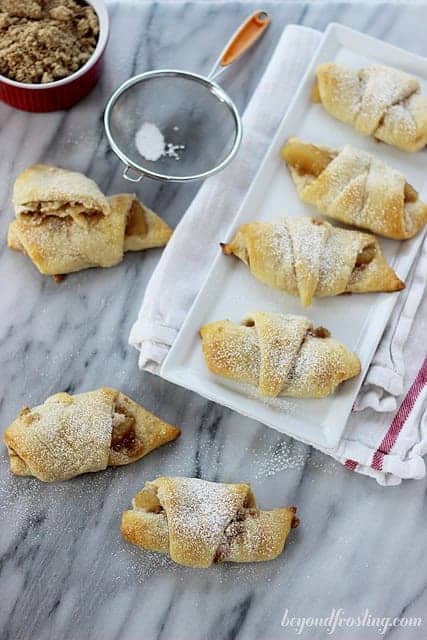 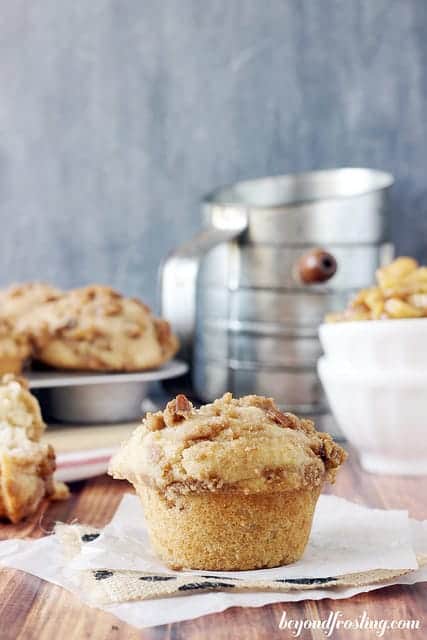 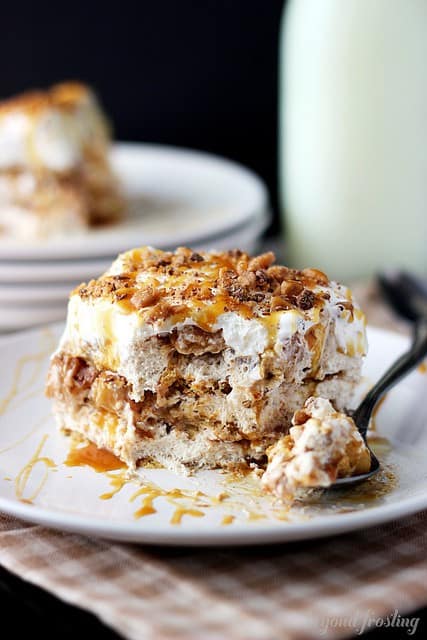 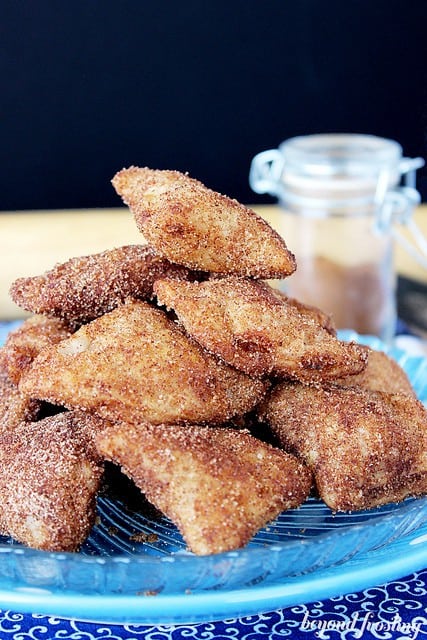 Apple Pie Cupcakes with Vanilla Buttercream from Spoonful of Flavor