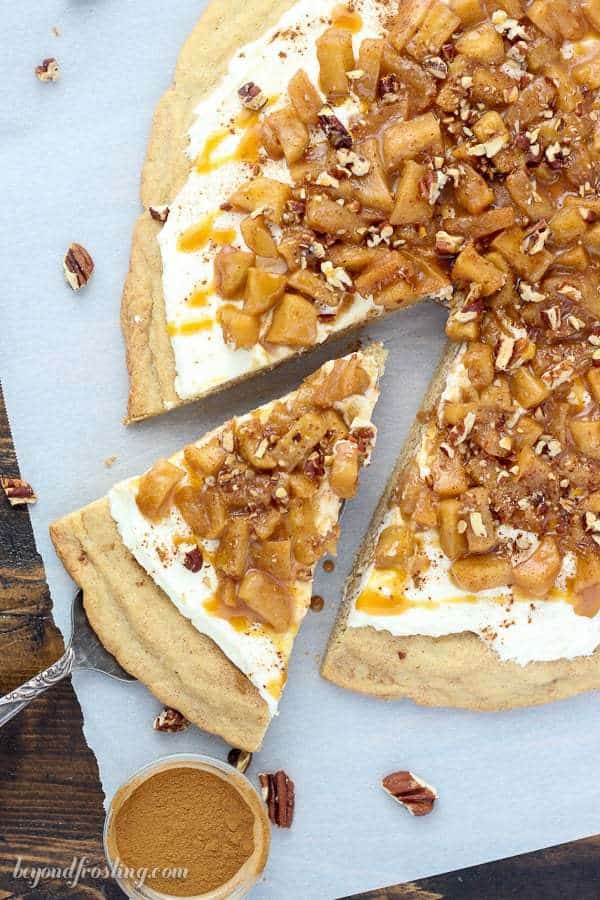 Yesterday I got up in the middle of the night to fly to Cleveland Ohio for a quick visit with the American Dairy Association MidEast. For the next couple days I’ll be touring dairy farms and learning how milk is processed before it ends up at our grocery stores. You can follow along on Instagram using the hashtag  #OHDairyAdventure 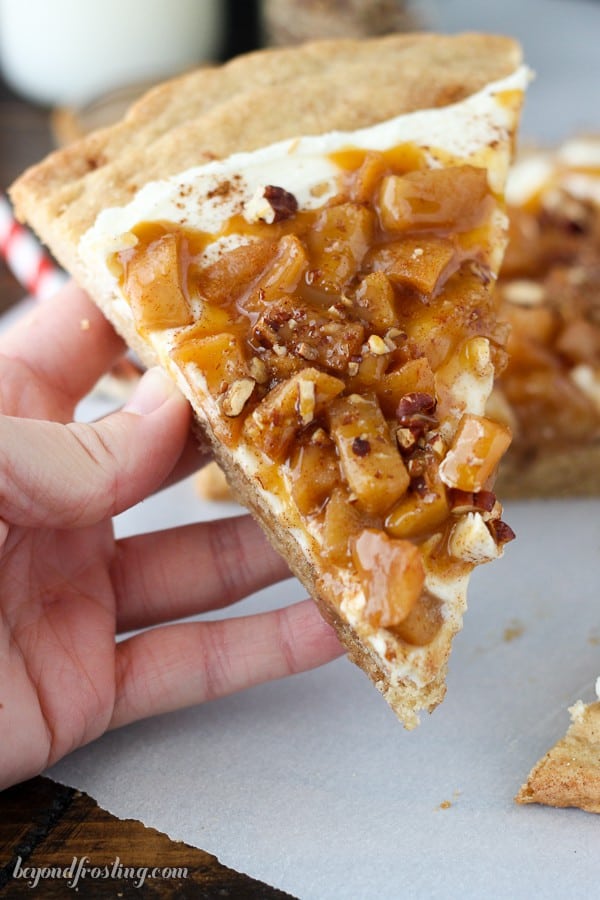 It’s hard to think September is nearly half over because I feel like it hasn’t even started yet! Apple picking is one of my favorite fall activities but I rarely get to do it. The last time I went was 4 years ago when I took my boyfriend back to Vermont. It was such a fun trip to show him my hometown.
So if you happen to have the chance to go apple picking, you’ll want to check my Stove Top Apple Pie Filling, which is quite versatile and it happens to be the reason we’re talking about this Apple Pie Dessert Pizza today.
I know just shared my Funfetti Dessert Pizza with you but let’s be honest, dessert pizza is the best type of pizza, so it’s necessary to have options. 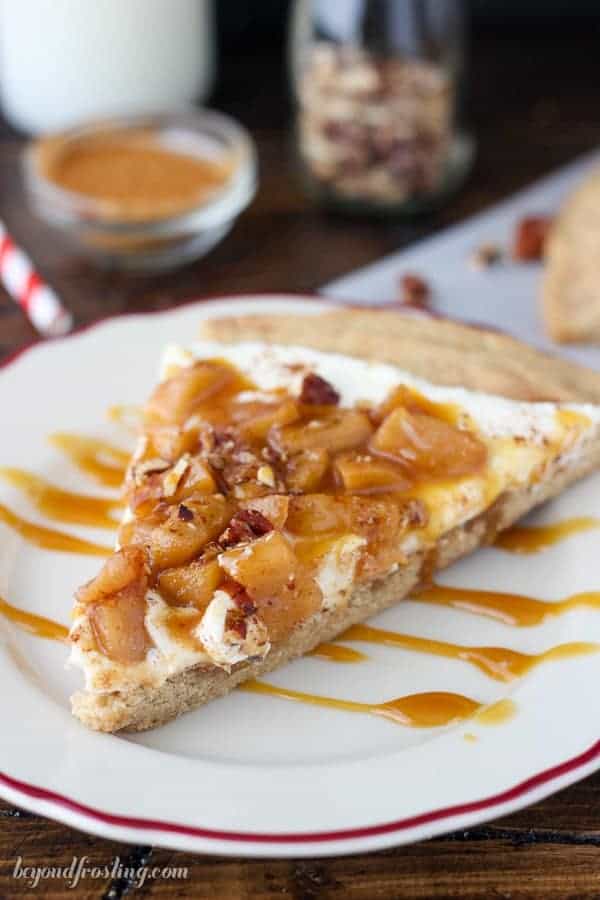 This Apple pie dessert pizza starts with a giant Snickerdoodle cookie! One giant cookies makes for a happy Julianne. It’s topped with a simple marshmallow vanilla buttercream, plenty of Apple pie filling and caramel sauce.
When you think of a dessert pizza, you might think of an actual pizza crust but I think the cookie crust add a whole new level of awesome. Plus my Perfect Snickerdoodle Cookie recipe was just dying to get some apple pie filling on top. 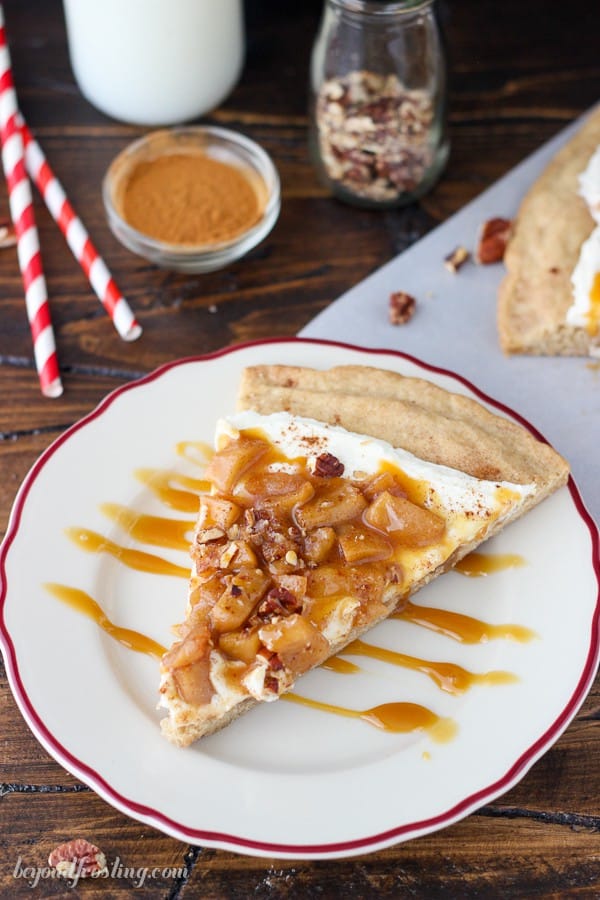 The cookie dough calls for some time in the refrigerator. I’ve tried making the dough without refrigeration but I didn’t like the way it baked. The edges were too crisp. The chilled dough rises a bit more and the dough is slightly under baked, allowing it to stay soft in the middle.
I served this cookie once everything had cooled, but it would definitely be good while it was still warm. The frosting will slightly melt and the apple filling will be the freshest. 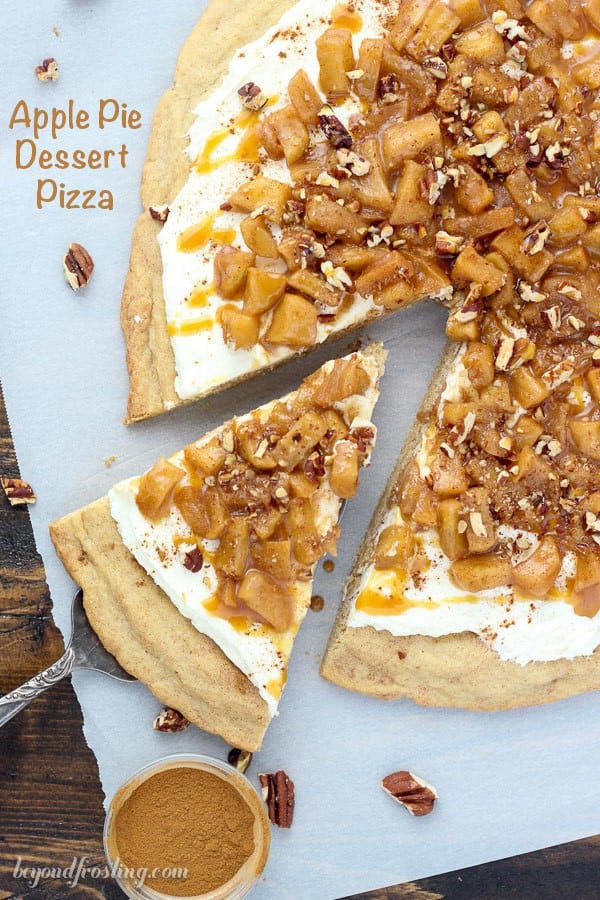 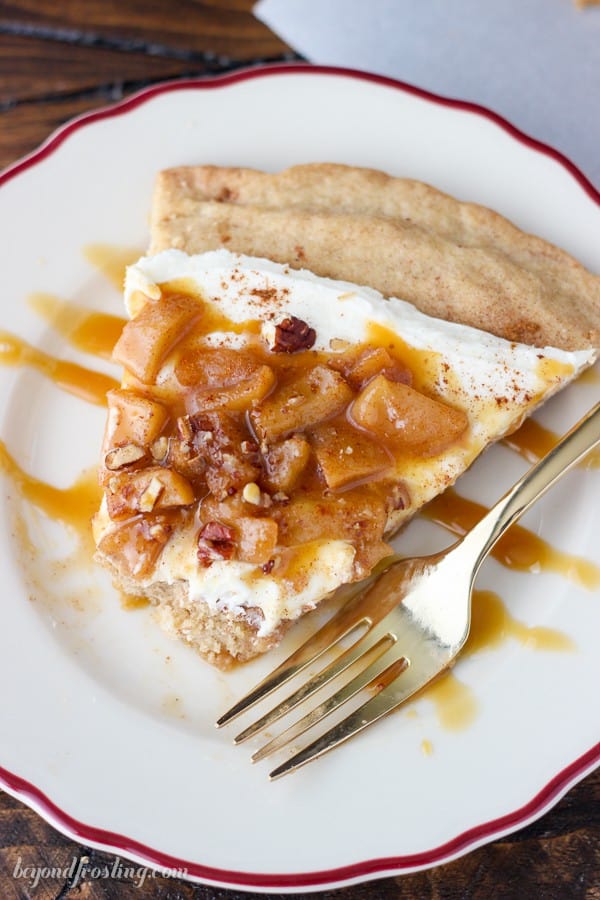 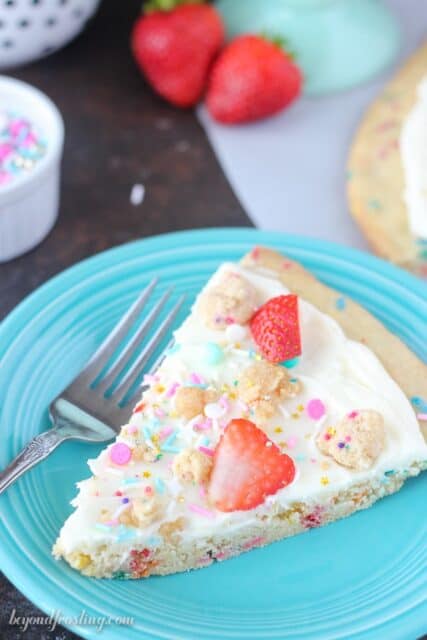 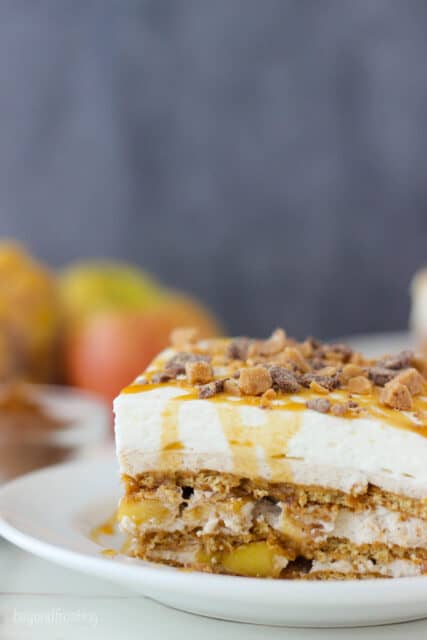 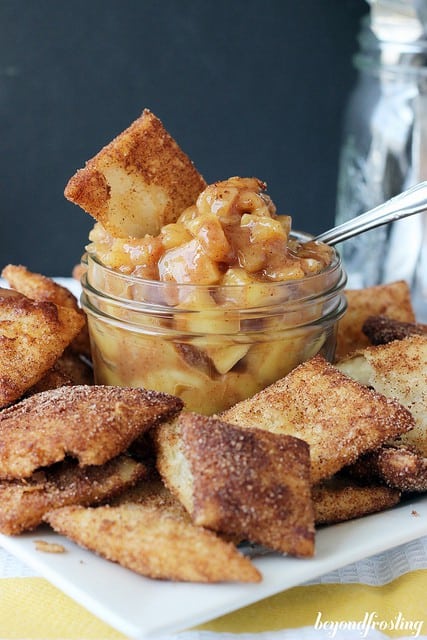 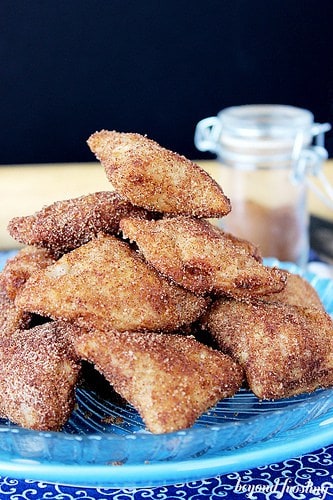 Fun Apple Recipes from my friends:

Inside Out Apple Pie Fritters by Something Swanky