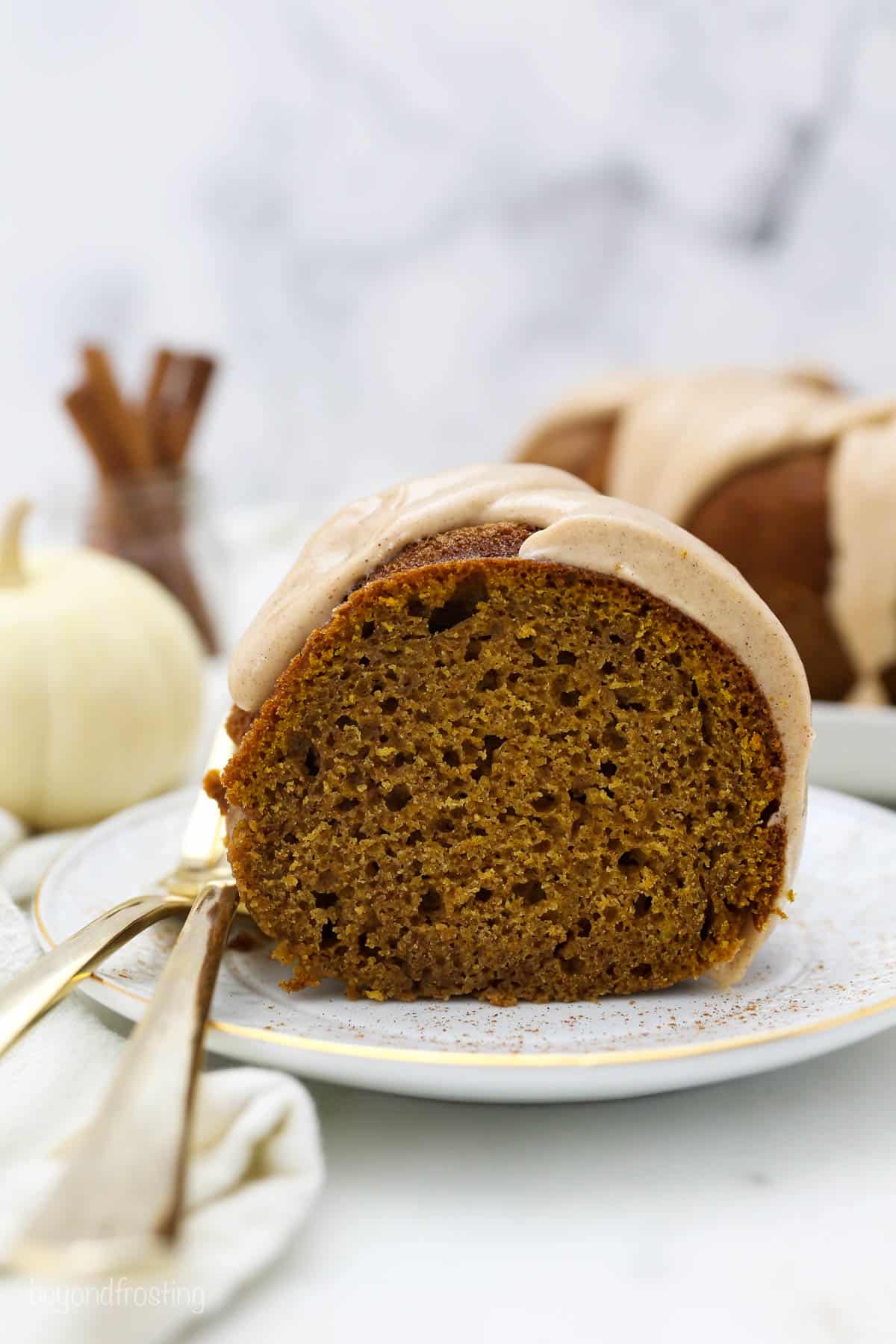 I’ll never get enough pumpkin cakes in during the fall season. I don’t even need a frosting or a glaze, I could just eat this cake all on it’s own.

This Pumpkin Bundt Cake is a moist pumpkin cake finished with a maple brown butter glaze. It’s a quick and easy cake you’ll be making over and over again.

My Moist Pumpkin Cupcakes continue to be one of my most popular recipes in October and recently I wanted to see if this recipe could be baked as a bunch cake.

Spoiler alert, it can be!

This cake is very moist with a tender crumb. It’s not too sweet, so you can enjoy it with your favorite frosting. 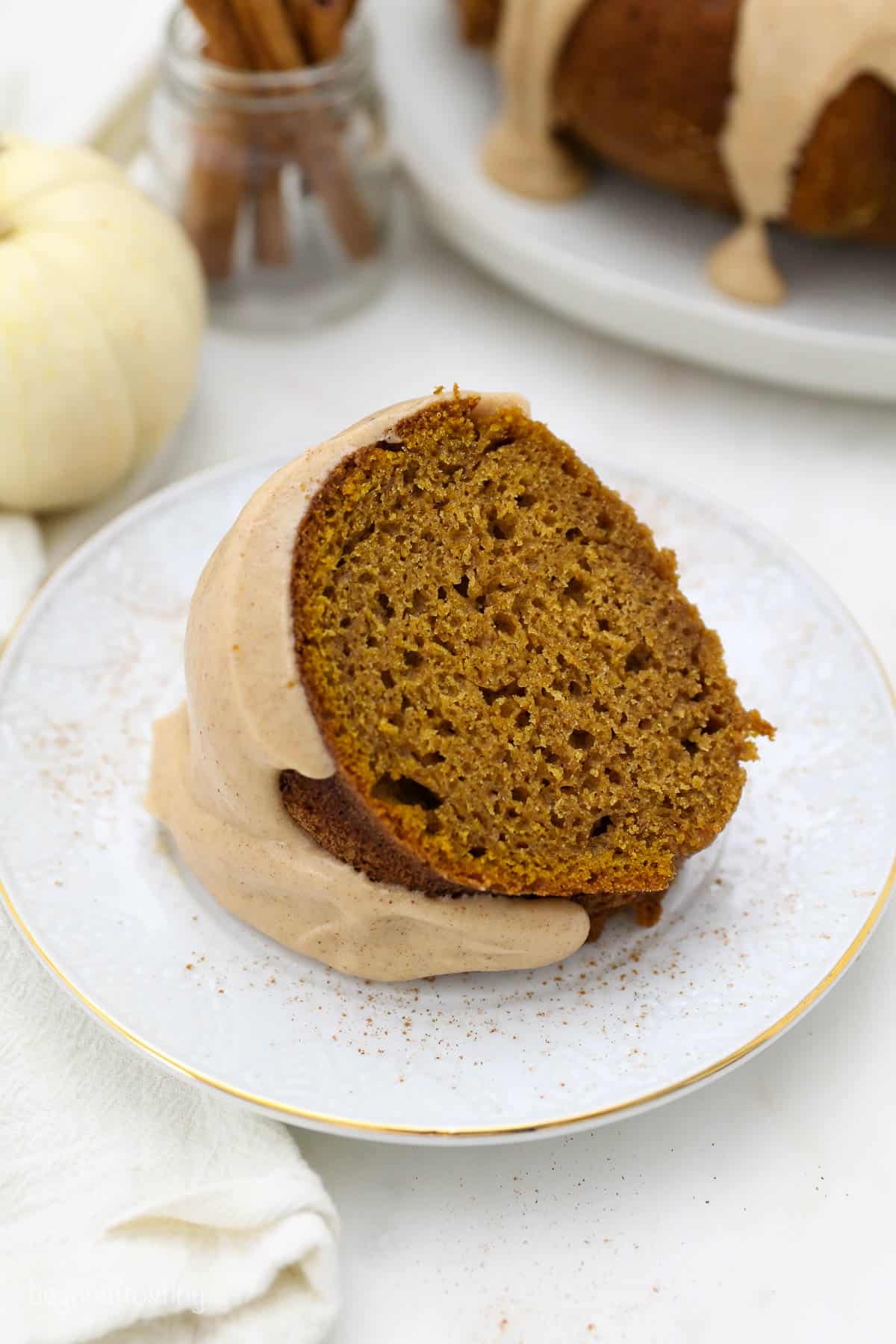 I love versatile recipes like this, especially because a bundt cake cane be much easier to make and transport than cupcakes or a layer cake.

For any bundt cake, it’s really important that you generously grease and flour your bundt pan. Only once have I ever had a cake stick to the pan, and it was because I was using cherries and they totally stuck all over the place.

I am a fan of using Crisco shortening and flour, and I make sure to get in all the nooks and crannies of the pan. 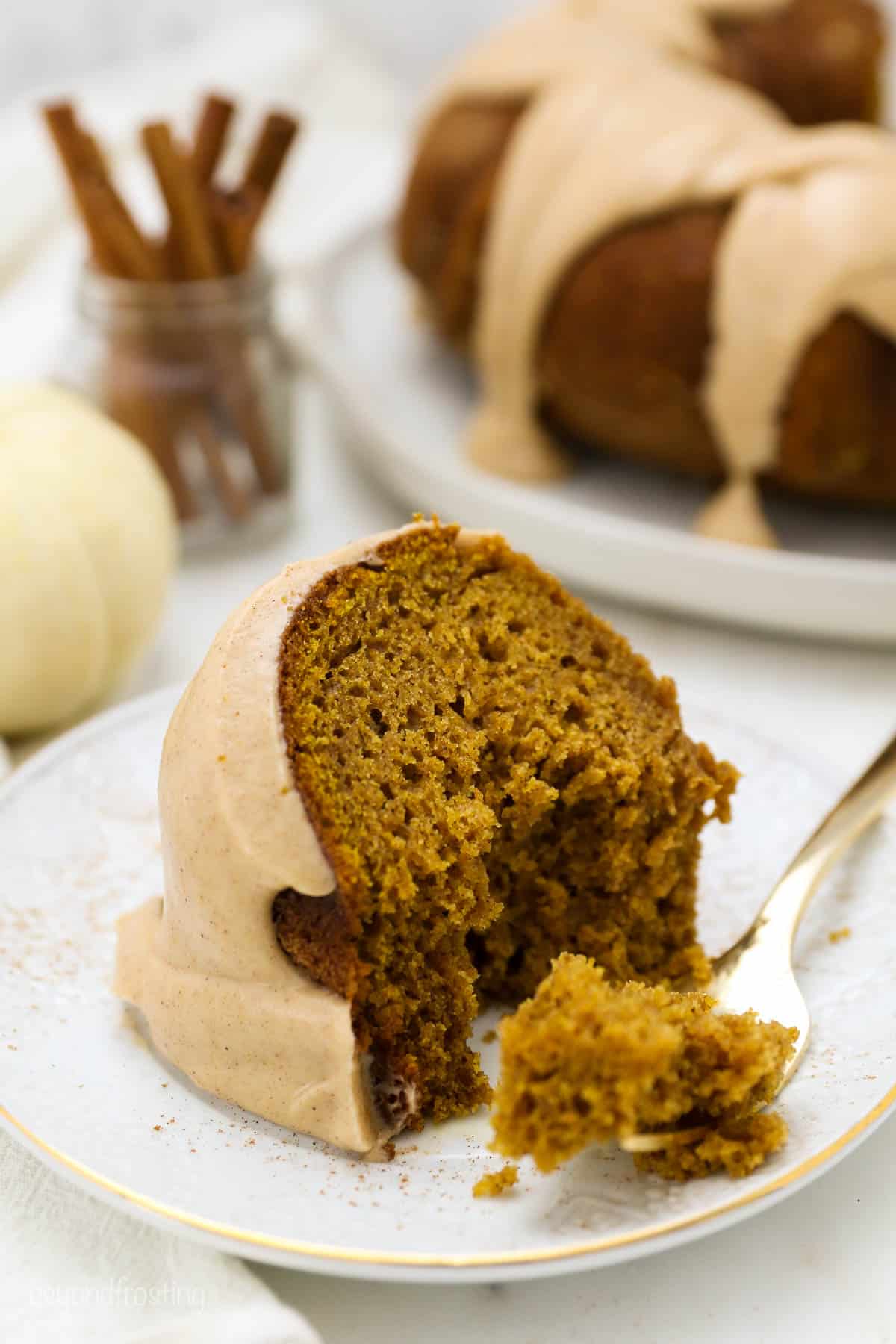 Once the cake is removed from the oven, I let it rest for about 5 minutes and then I take a knife and go around the edges of a pan to help the cake release from the sides. Another 5-10 minutes later, I turn it out onto a wire rack or plate to cool.

I don’t like to let them cool in the pan because I think it makes the edges a little crispier than they need to be.

Of course any pumpkin cake tastes amazing with a cream cheese glaze, so I’ve given you the option for that. However, I choose to make a maple brown butter glaze. It’s mouthwatering. 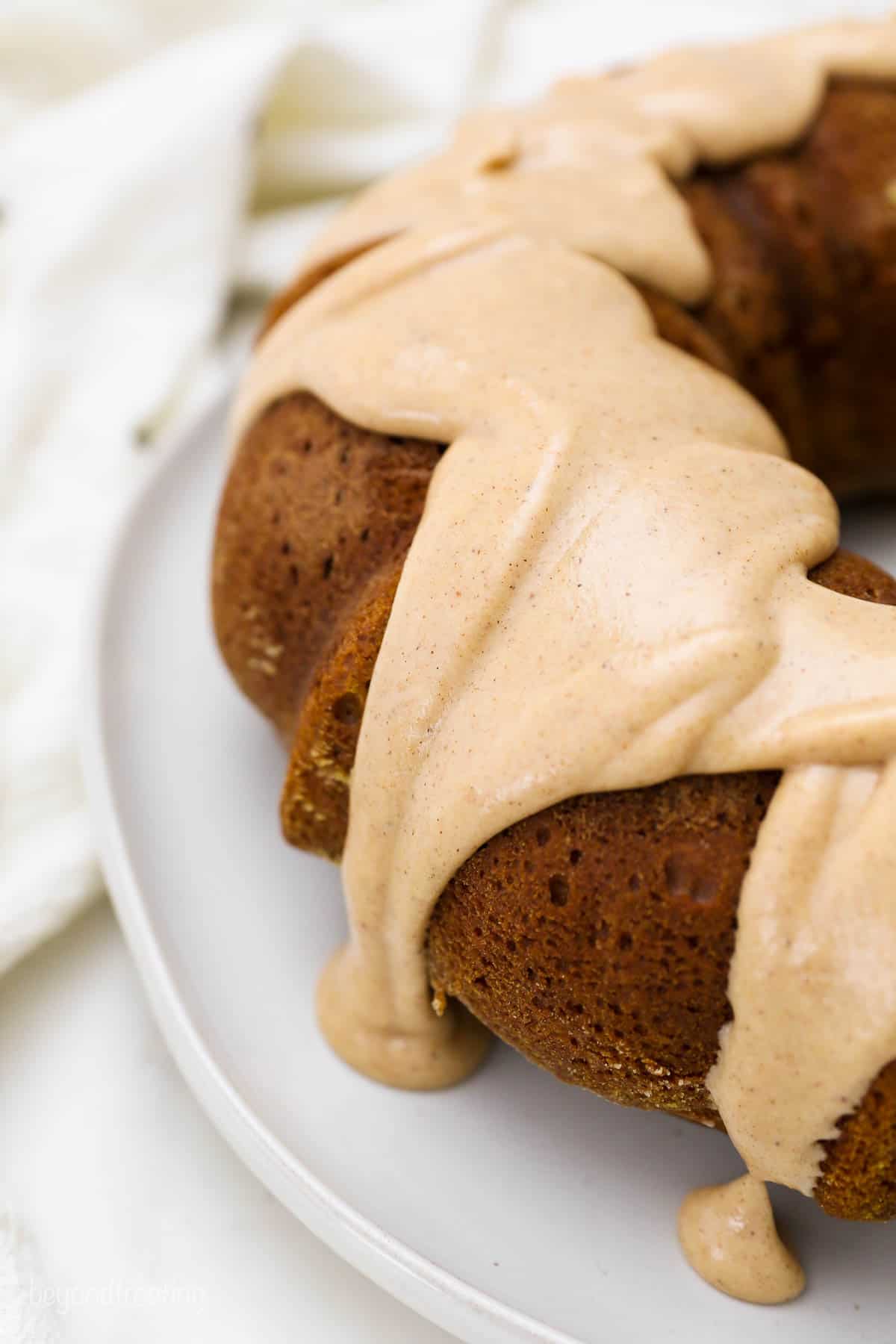 I made this same brown butter glaze for my apple coffee cake.

The glaze should be poured right when you make it, but once it has had a chance to set, it will get a little crust over top of it.

Browning butter seems like it would be hard, but it’s actually really easy! You just need to pay attention. Let’s break down the steps to make this brown butter glaze.

How to Brown Butter 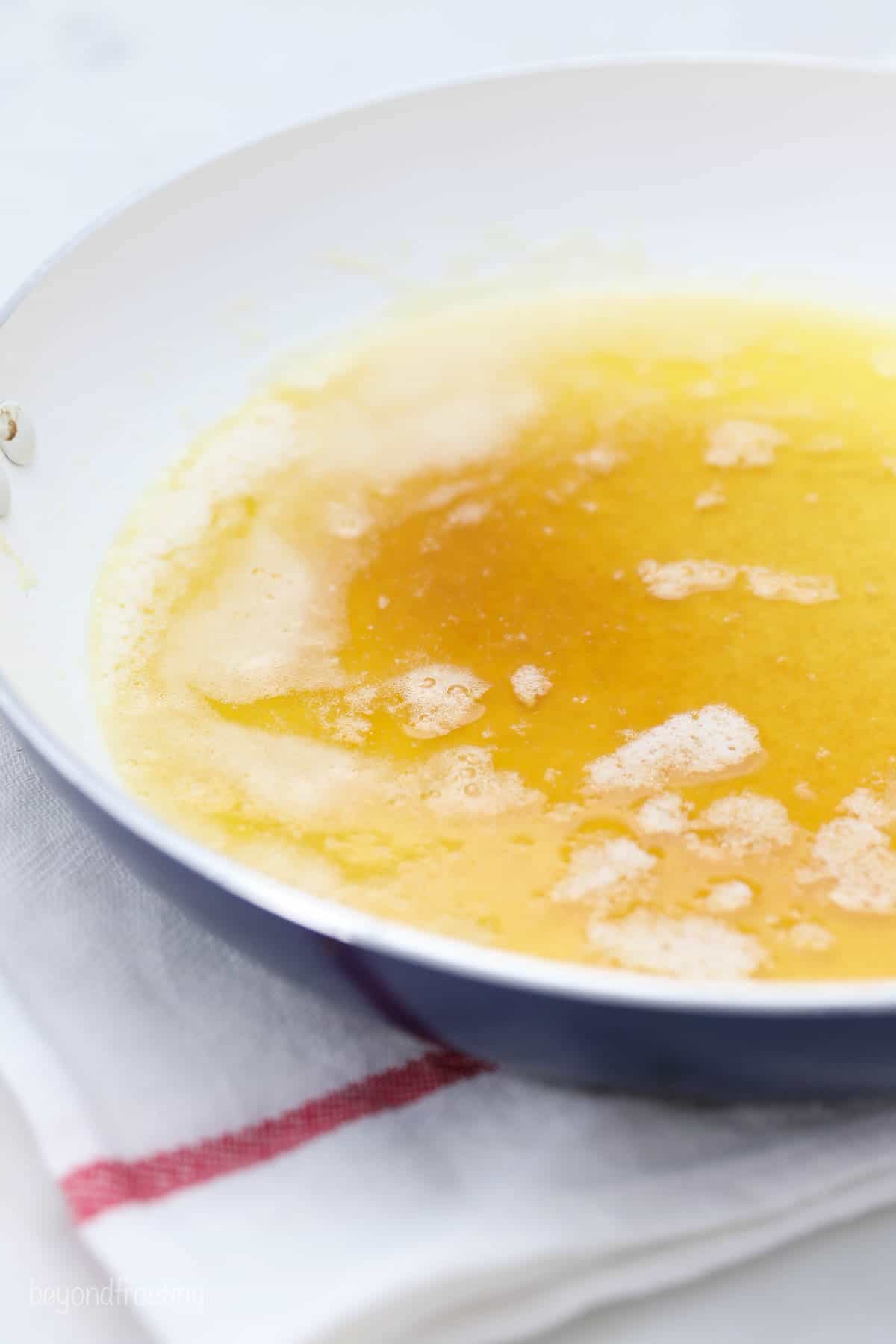 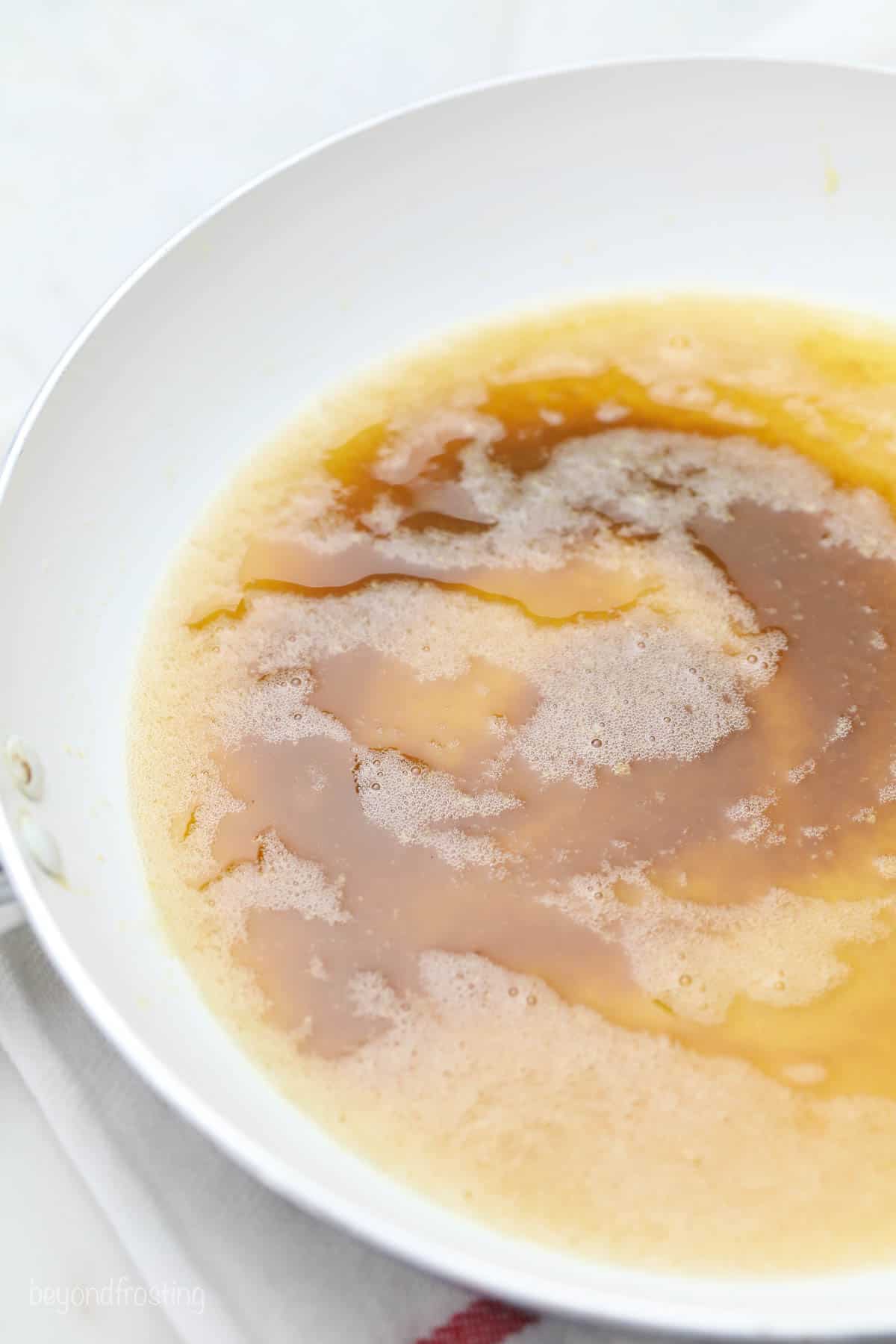 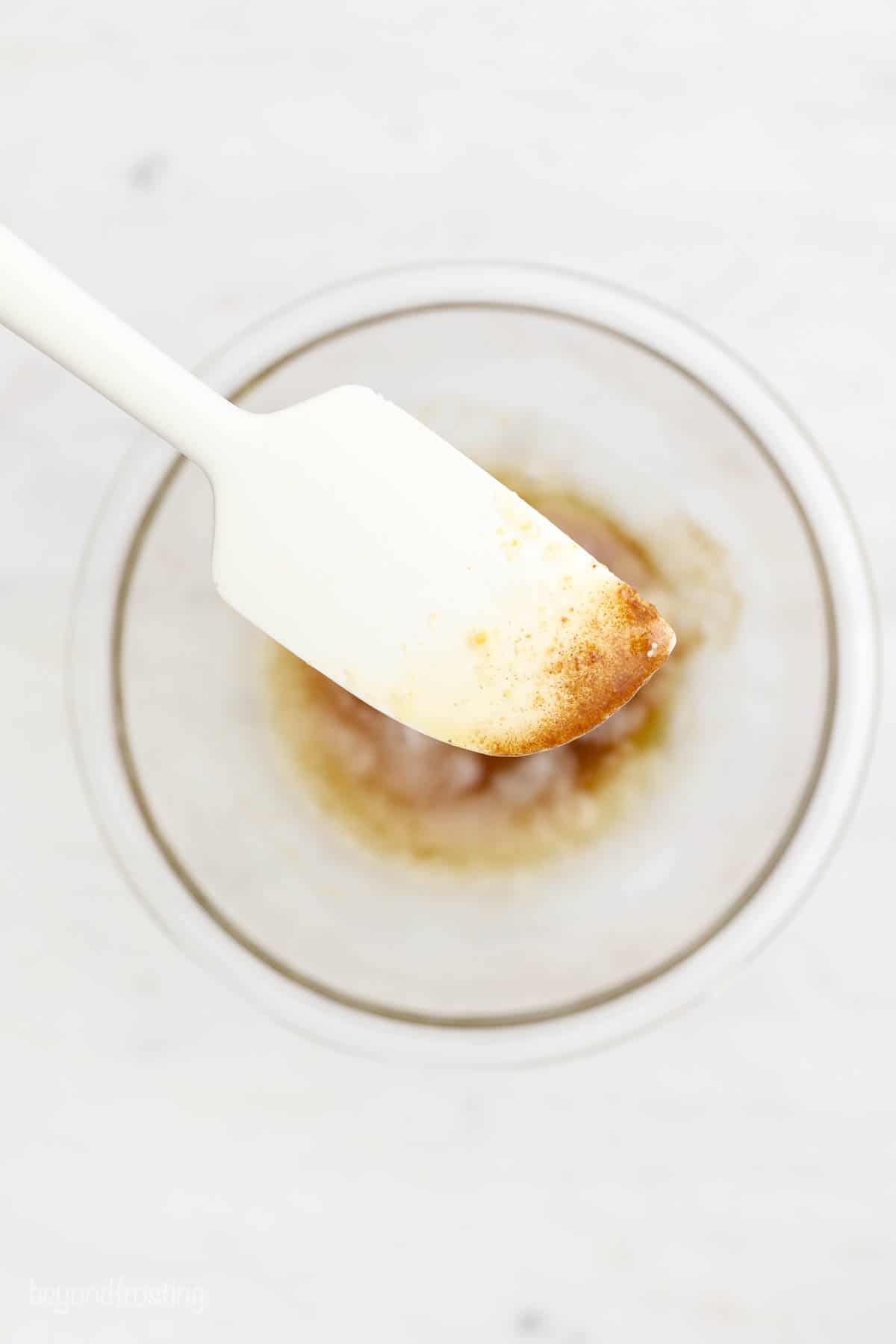 How to Make the Brown Butter Glaze 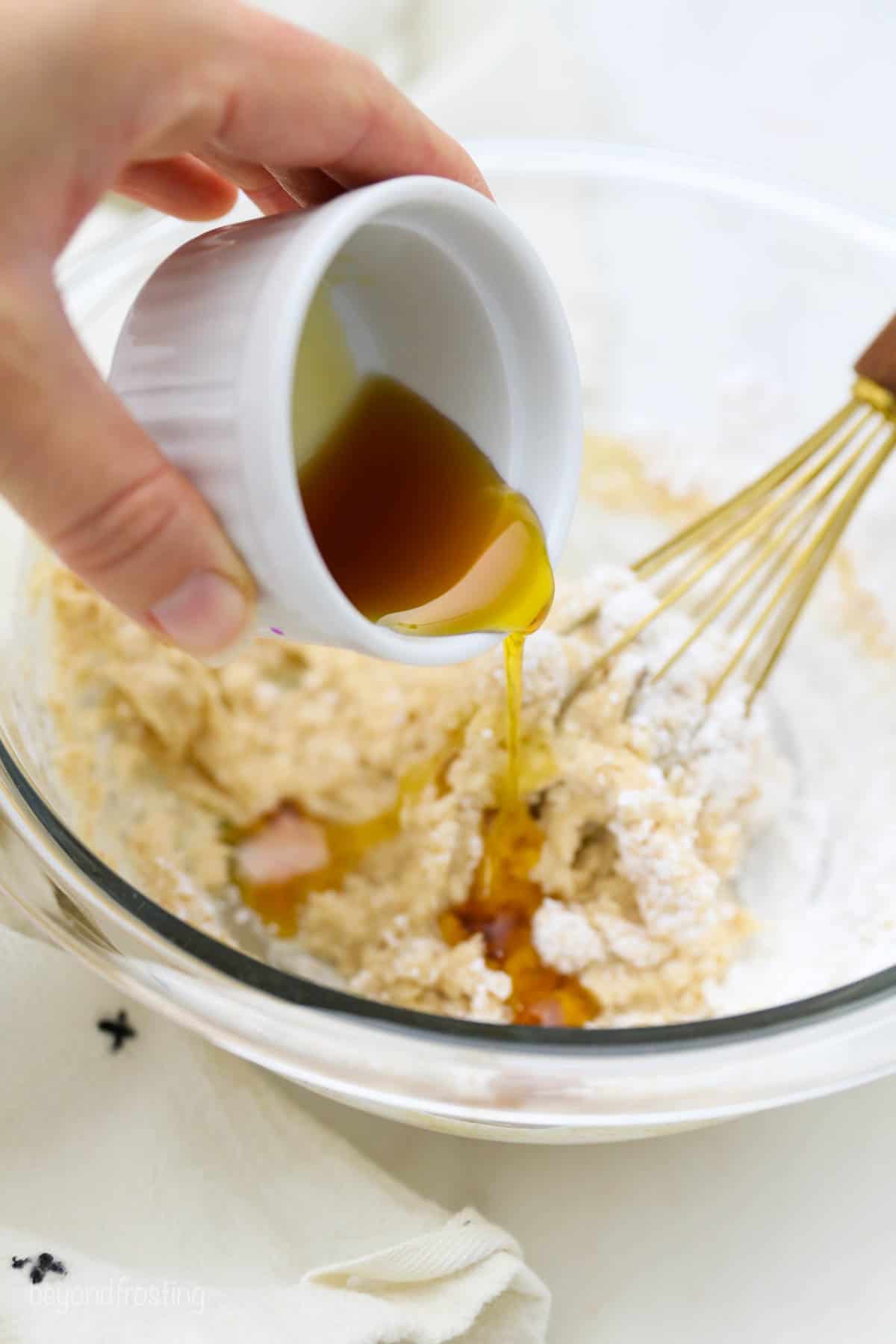 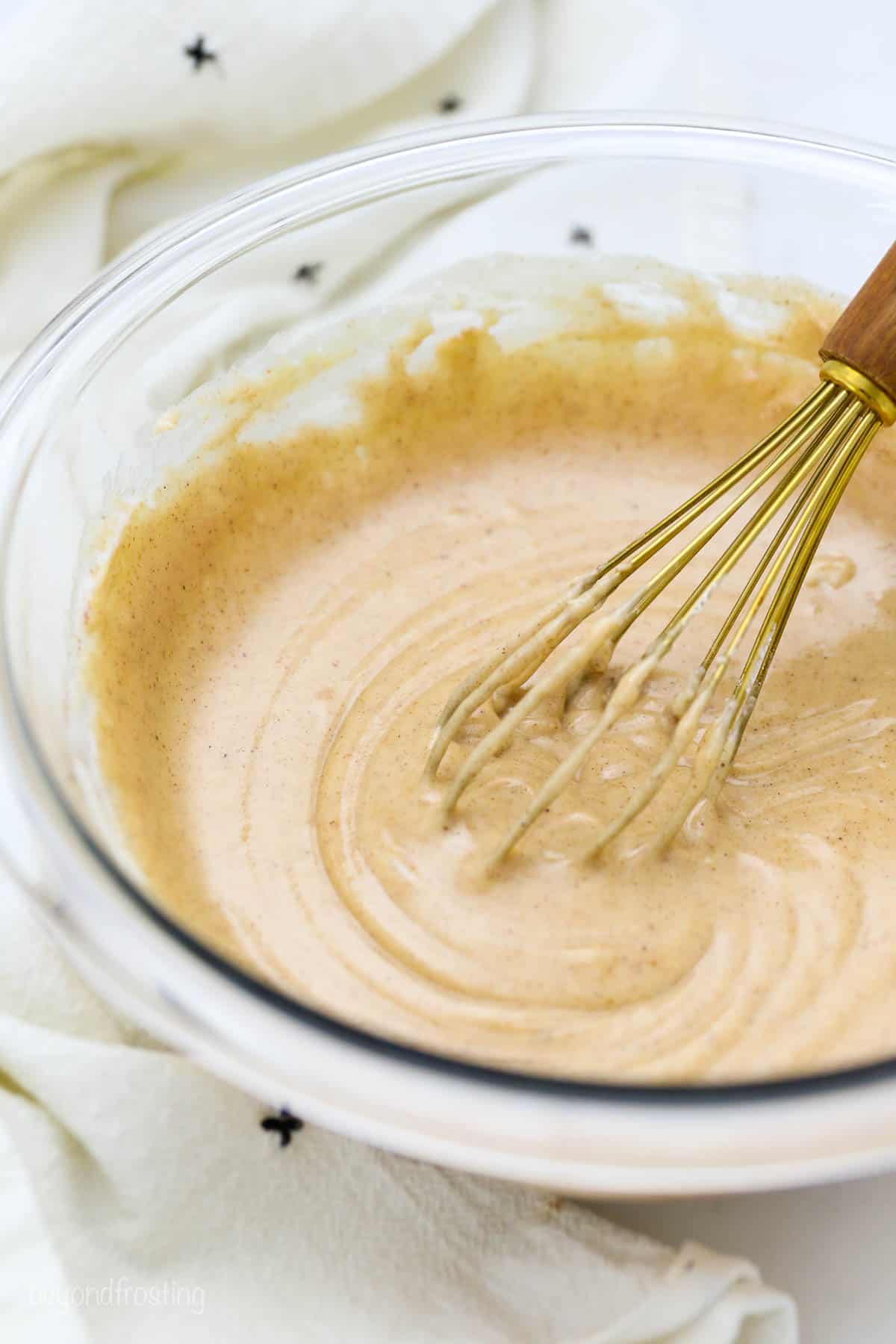 Once you’ve added your glaze you can either enjoy right away or you can allow the glaze to set.

To store this pumpkin bundt cake, keep it in an airtight container or cake carrier. It will be good for a couple days after you make it!

How to Make a Cream Cheese Glaze:

I get it, pumpkin cakes are sometimes best when served with cream cheese frosting!  So here is my easy cream cheese glaze. It makes more than enough for this bundt cake. 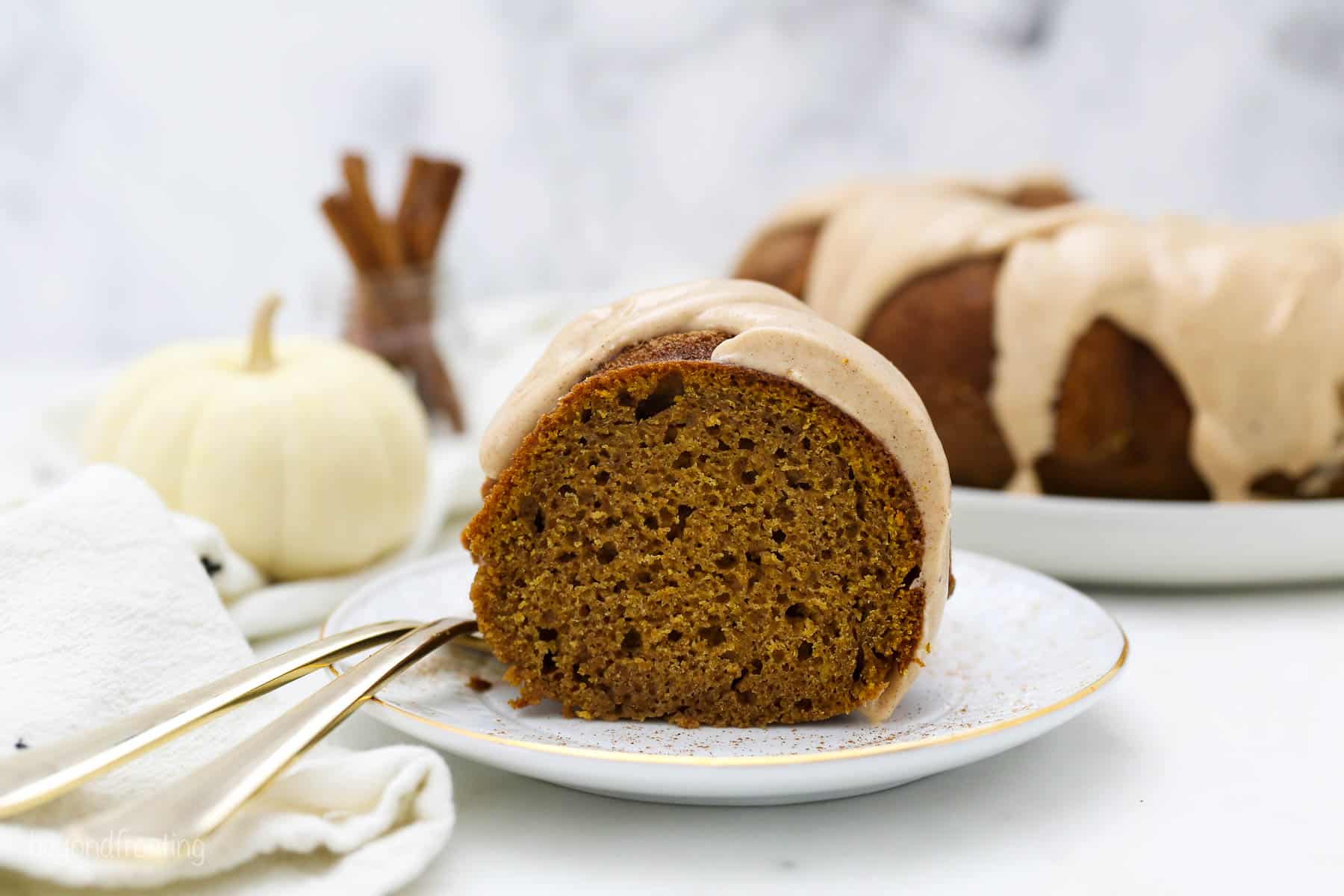